Cemeteries are fascinating landmarks. While on the one hand they are the resting places of our ancestors, they can also be regarded as centers of historical and cultural preservation. Whether you come to visit the grave of a loved one, a celebrity, or just to wander, these ten Los Angeles cemeteries are intriguing sites for spooky Halloween tours. 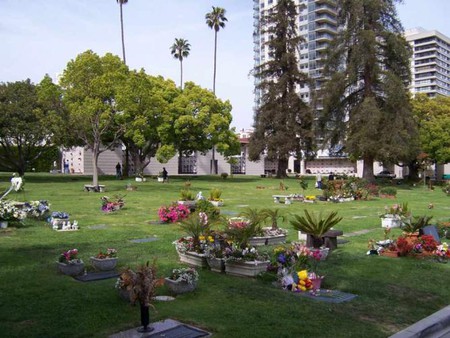 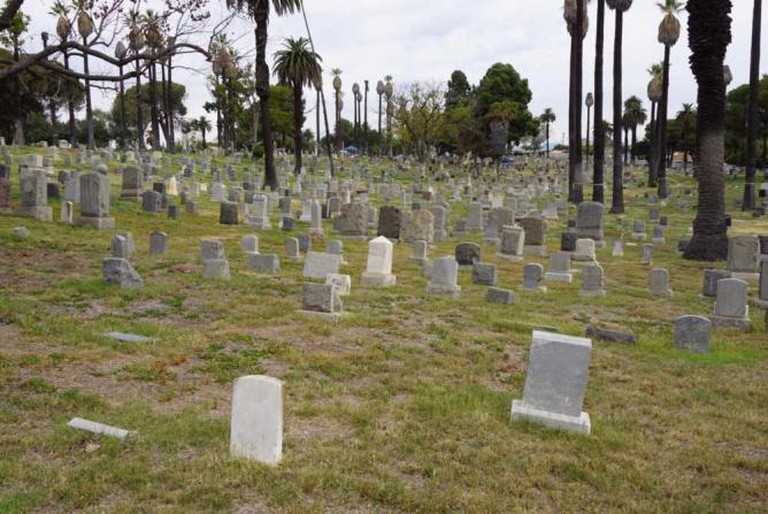 Angelus-Rosedale Cemetery, | Courtesy of the Author
Westwood Village Memorial Park is a small and intimate cemetery located a short drive away from the University of California, Los Angeles. It is the resting place of the most famous names in Hollywood, including Dean Martin, Bettie Page, and Farah Fawcett. Walking around the cemetery, you also come across Hollywood’s tragedy-stricken starlets, Marilyn Monroe and Natalie Wood, who were immortalized post-mortem due to their deaths, lives, and careers. Westwood Village Memorial is definitely the place to find the dark side of Hollywood and fame. 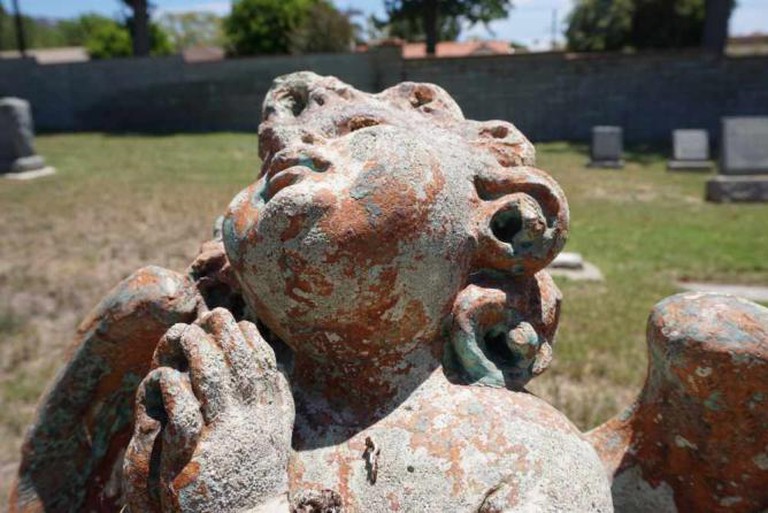 Grand View Memorial Park | Courtesy of the Author
Filled with beautiful headstones dating back to 1884, Angelus-Rosedale Cemetery has the perfect creepy aura for a Halloween cemetery trip. The cemetery is poorly maintained, which heightens the spookiness of the cemetery. While the cemetery is primarily full of politicians, there are a few interesting figures to visit during your tour of Angelus-Rosedale. Maria Rasputin, daughter of Russian mystical healer and close friend of Russia’s Imperial family Grigori Rasputin, is buried here. In addition, famed murderer Louise Peete, convicted of killing three or more victims, also rests in Angelus-Rosedale Cemetery after a gas chamber execution in 1947. 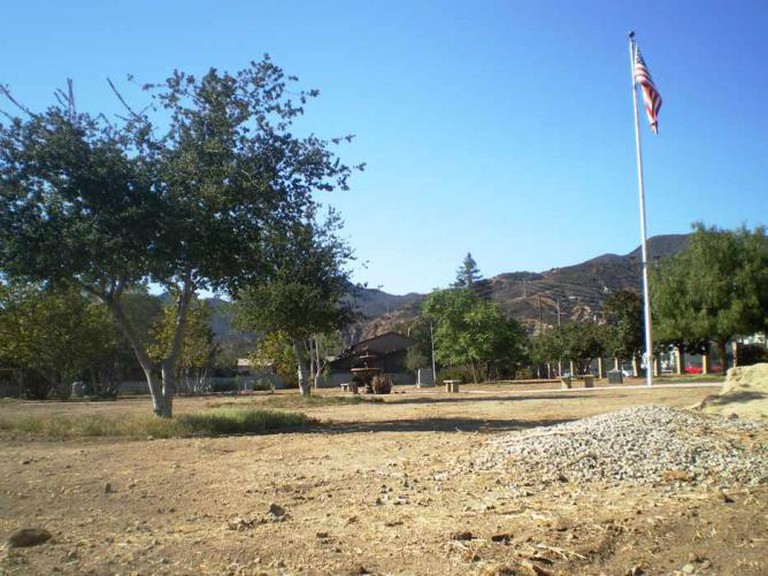 San Fernando Pioneer Memorial Cemetery | © Los Angeles/WikiCommons
Grand View Memorial Park was established in 1884 in Glendale, CA. The cemetery is currently under new ownership, but has had a dark history with previous owners, lawsuits and maintenance issues. In 2005, the cemetery’s license was suspended after officials found cremated remains of people who had passed as early as the 1930s scattered in trash bins and storage rooms. A year later, Marsha Howard, one of the cemetery owners, was found dead from natural causes in the cemetery and being reported missing. Fans of Leo G. Carroll can also pay their respects to the actor famous for his Hitchcock films here. 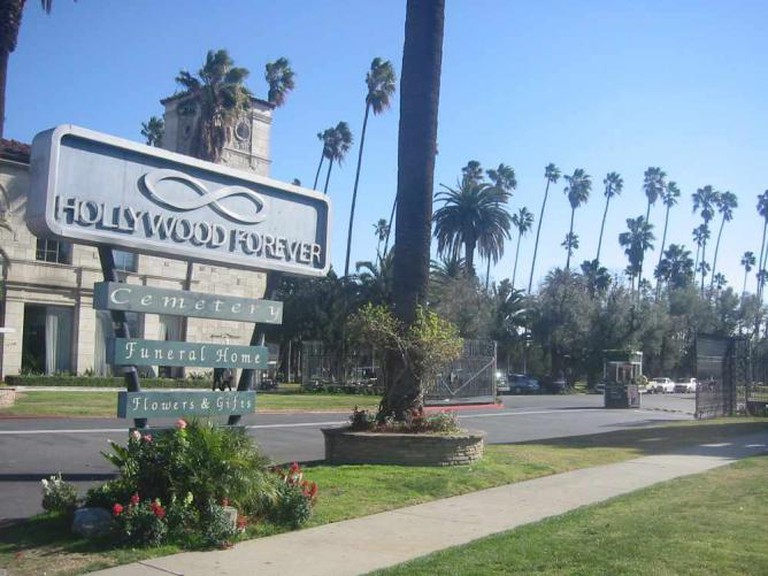 Hollywood Forever Cemetery | © Gary Minnaert/WikiCommons
Initially known as the Morningside Cemetery, the San Fernando Pioneer Memorial Cemetery in Sylmar is one of the most enigmatic cemeteries in the area. 40 acres of land were initially set aside in 1874 for the cemetery. With businesses and real estate rapidly increasing, the size of the cemetery eventually trickled down to 3.8 acres of land. It had been privately owned for most of its existence, and the last officially noted burial was in 1939. The cemetery was neglected, vandalized, and left in a tragic state. In 1959, the Native Daughters of the Golden West were handed the rights to the cemetery and since then attempted to preserve it. The only clue they received was a list of 600 burials along with the deed. The mystery, however, still remains, as only 13 tombstones and a little over 200 gravesites are found. Currently, it is considered a historical landmark and open to visitors. 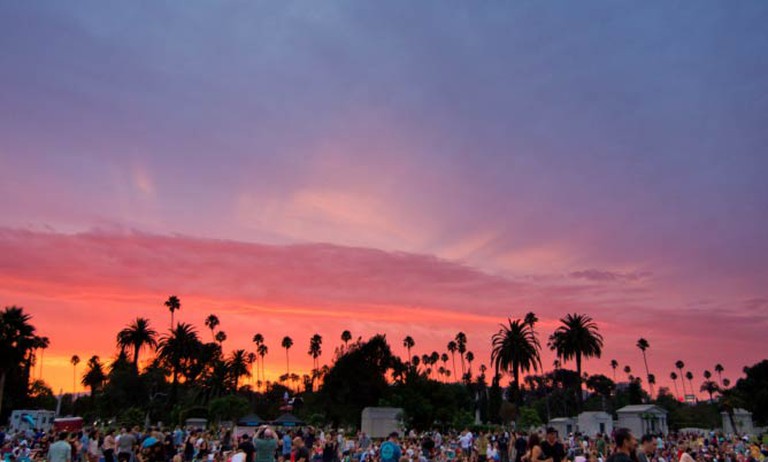 Hollywood Forever Cemetery | Courtesy of cinespia
Hollywood’s first cemetery was founded in 1899 on a 100-acre land located on Santa Monica Boulevard. Hollywood Forever is famous as the resting place of some of Hollywood’s famous celebrities, including Peter Lorre, who was famous for his role as serial killer Hans Beckert in the German thriller M. For a truly horrific grave visit, make sure to stop by founder of Griffith Park, Griffith J. Griffith’s grave. Part philanthropist and part attempted murderer alcoholic maniac, Griffith was a real life Dr. Jekyll and Mr. Hyde who shot his wife in the face while she knelt before him. Stop by the cemetery this Halloween to catch a screening of Rocky Horror Picture Show at Cinespia. 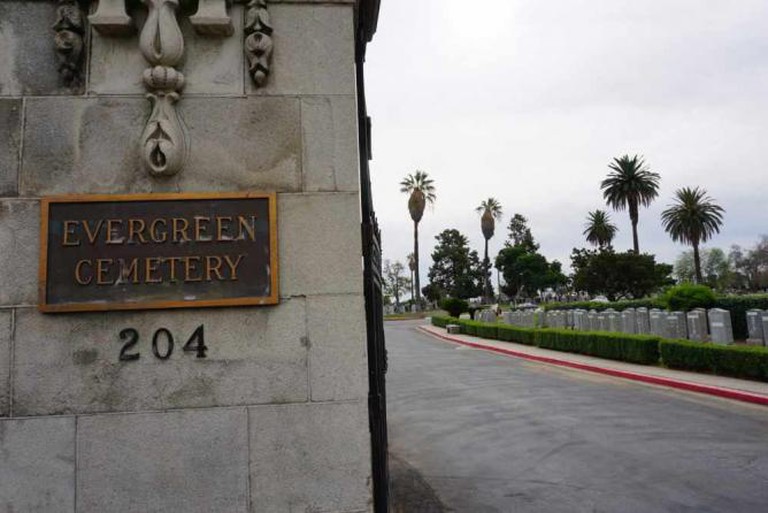 Evergreen Cemetery | Courtesy of the Author
Contrary to other cemeteries in this article, Holy Cross Cemetery in Culver City is comparatively well maintained and lush with green grass. It was founded in 1939 and is well known as the resting place of many influential Hollywood artists and stars. It is a Roman Catholic cemetery, operated and maintained by the Roman Catholic Archdiocese of Los Angeles. Holy Cross is a must-see for classic horror fans. Bela Lugosi, most famous for his portrayal of the original 1931 Dracula, is buried here. 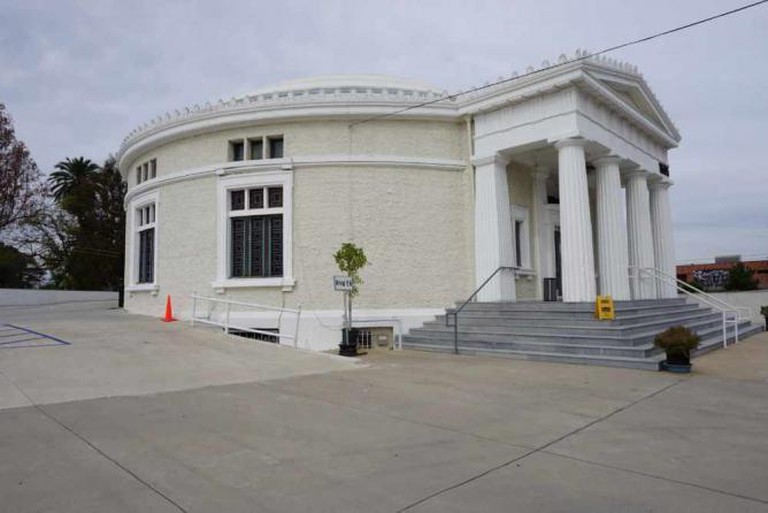 Chapel of the Pines Crematory | Courtesy of the Author
Evergreen Cemetery in Boyle Heights is the oldest cemetery in Los Angeles, dating back to 1877, and one of the few cemeteries that never refused African Americans and immigrants. Amongst the dead in Evergreen Cemetery is Hugo Zacchini, the first man to ever be shot out of a cannonball. Evergreen is also one of the largest cemeteries with over 300,000 interments, including a nine-acre Potter’s Field of unidentified people and a crematorium. The cemetery has had its share of troubles, particularly when 23 bags of scattered human bones were found in dirt piles around the cemetery. Whether you visit for Zacchini’s grave or for the cemetery’s demented history, Evergreen is sure to be a thrill for any cemetery enthusiast.

Chapel of the Pines Crematory 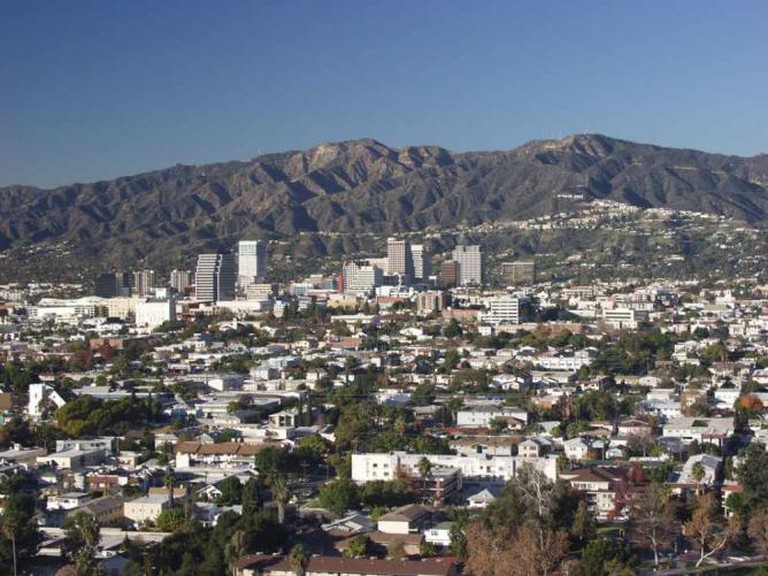 View of Glendale, CA from Forest Lawn Memorial Park | © Gedstrom/WikiCommons
Located near downtown Los Angeles, Chapel of the Pines is located a short walking distance from the Angelus-Rosedale Cemetery. The impressive column entrance and dome structure of this 1903 crematory is reminiscent of ancient Roman buildings. Although there aren’t spooky stories or ghostly haunts at this crematory, it is worth visiting for the beautiful design. Amongst the cremated here is actress Helen Chandler, famous for her role as Mina Seward in the original 1931 Dracula. She rests in a certain section of the crematory where visitors are not allowed. 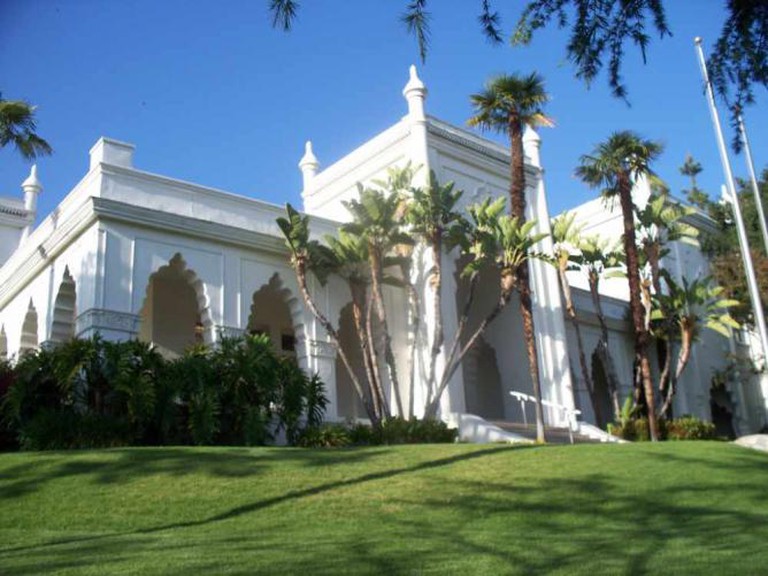 El Miradero | © Konrad Summers/Flickr
Forest Lawn is rather well known to southern Californians. It is one of the largest cemetery chains, with ten locations scattered around Los Angeles, Orange County, and Coachella Valley. The original Forest Lawn was established in the city of Glendale in 1906. The cemetery is green and lush, and its hilly landscape provides spectacular views for a morbidly romantic picnic in the cemetery. The cemetery includes magnificent churches, a museum, and breathtaking views of the city. Classic horror fans can also visit the grave of the horror genre’s Man of a Thousand Faces, Lon Chaney.

Cemetery, Library, Park
Facebook
Email
Twitter
Pinterest
Copy link
Share
Leslie Coombs Brand was a millionaire businessman and one of the primary developers of Glendale, CA. He built his lavish mansion, El Miradero, at the foothills of the Verdugo Mountains. After his death, the home was given as a gift to the City of Glendale and turned into an arts and music library. The entire Brand family, including their pets, was buried a quarter mile up the mountain behind the mansion in a small cemetery marked by a pyramid. People have sighted ghostly figures, possibly of a little girl and Mr. Brand himself, lurking around the library and the area. Nothing gets spookier than having an entire family and their pets buried in your own backyard.
Give us feedback