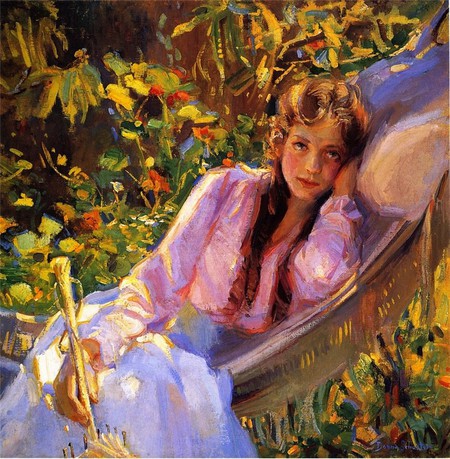 California’s great painters of the 20th-century are some of the most reputable names in art history. With the monikers of Granville Redmond, William Wendt, and Phil Dike making the list, it’s easy to overlook the accomplished women who share this category.

To paint a picture is to tell a story, and California’s rolling hills, sunny beaches, and vast deserts have served as inspiration for artists to tell thousands of tales. From the beginnings of the San Francisco art scene to the creation of the Los Angeles murals, art is a staple of California’s culture and society.

Without the pressure of the spotlight, women often had more room to experiment and take chances without fear of falling out of fame, resulting in the creation of some incredible pieces. Here are 10 women who pushed the envelope and helped shape the California art world.

Mabel Alvarez is known best for her vibrant still life and portrait paintings. Born in 1891 in Hawaii, Alvarez moved to California as a young teen, living in Berkeley for a few years before her family settled in Los Angeles. There, Alvarez quickly emerged as the star pupil in her high school art classes. She showed such talent that one of her teachers invited her to create murals for the Panama-California Exposition in San Diego, where she earned a gold medal. With her life-like portraits and bold artistic choices, Alvarez enjoyed a long and successful artistic career, exhibiting her pieces often and making important contributions to the Southern California Modernist and California Impressionism Movement. 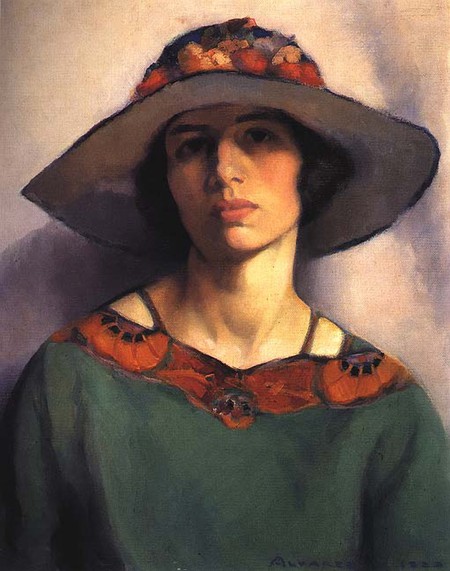 As a child in Pasadena, California, Helen Lundeberg dreamed of becoming a writer, but with such a natural artistic talent, she was soon on the path to becoming a painter. From early in her career, Lundeberg loved trying new techniques in her art. In fact, her style was so groundbreaking that she and her husband, Lorser Feitelson, founded a whole new style: Post Surrealism.

As time passed, Lundeberg experimented with geometric abstraction and used mysterious images to evoke certain moods in her pieces. Playing with shapes and wavy lines, she created minimalistic seascapes and mysterious representations of planets. She also worked on portraits, depicting her subjects in relaxed poses, often in semi-darkness, capturing a sense of intimacy and often loneliness. Throughout her 60-year career, Lundeberg wasn’t afraid to experiment with different themes and push limits, and her effort paid off. Her style and influence truly changed the landscape of 20th-century California art. 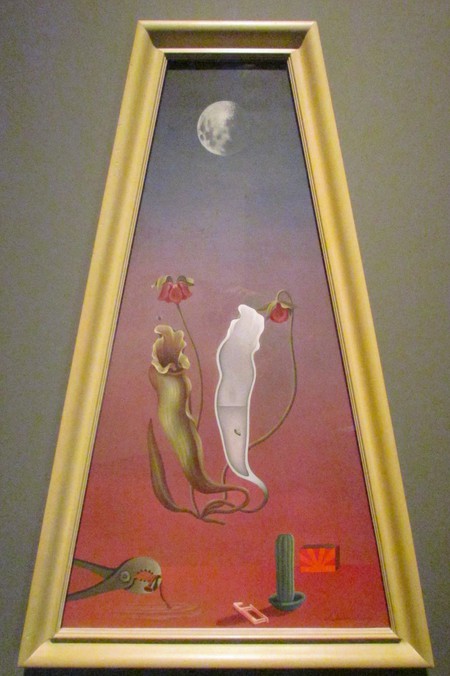 In her early career, Jessie Arms Botke trained with accomplished artists such as John Johansen, Charles Woodbury, and Albert Herter, but her style was all her own. Arms Botke was known for her portraits of majestic birds and the vivid plant life that they basked in. Peacocks, cockatoos, swans, ducks, and toucans, served as some of her major artistic inspirations, but her talents didn’t stop there. Arms Botke broadened her artistic horizons by creating portraits of Native Americans as well as landscapes of the California desert. Still, she is best remembered for her extensive collection of multicolored birds and her incredibly detailed work on plants and flowers. 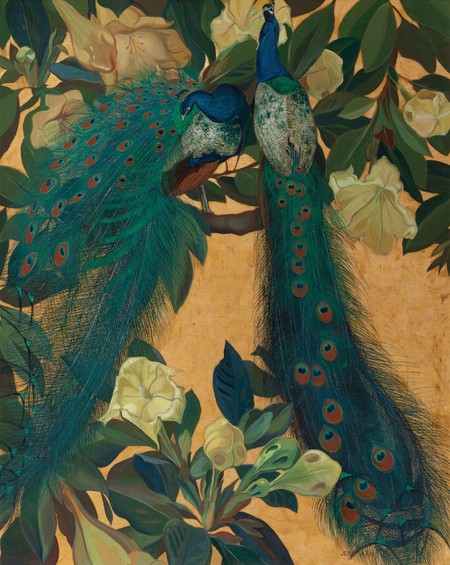 Known for vivid floral depictions, Meta Cressey was one of the earliest Modernist artists in Los Angeles. She studied at the Cleveland School of Art then traveled to New York to continue her education at the National Academy of Design. She married fellow artist Bert Cressey and the couple moved to Compton, California, where they built a home studio. Cressey exhibited often with the California Art Club and is remembered for great pieces such as “Under the Pepper Tree” and “Bert at Rest.”

From a young age, Anna Hills knew she wanted to paint, so she traveled the world for her artistic education. Hills attended the School of the Art Institute of Chicago, the Cooper Union Art School in New York City, and the Académie Julian in Paris, gaining the privilege of studying under notable artists such as Arthur Wesley Dow and John Noble Barlow.

By her 20’s Hill moved to California where she became an active member of the Laguna Beach art community, co-founding The Laguna Beach Art Association. In her early career, Hills focused on interiors and often used dark tones, but after her move to California, her style changed dramatically, adapting an impressionistic style and using warm colors. She was immensely skilled with a palette knife and known for her detailed paintings of large trees and beach scenes. 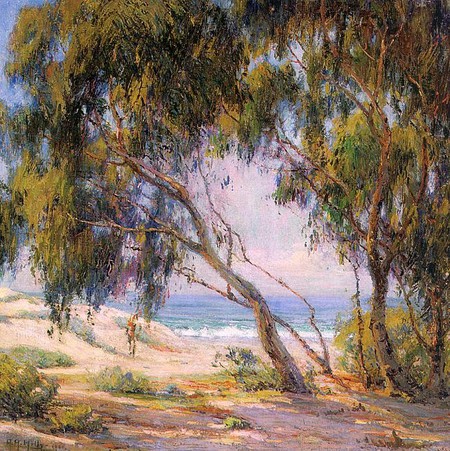 From a young age, Euphemia Charlton Fortune did not like her first name, often signing her pieces as E. Fortune, E. Charlton Fortune, or simply Fortune. She had a prominent cleft palette and some believed that her fear of passing this to offspring contributed to her decision not to marry or have children. Instead, she focused on her art and found much success with her work. Fortune split her time living in San Francisco and Monterey and was widely known as an eccentric artist (and a bad driver) in both cities.

She was skilled at using multiple subjects on one canvas such as landscape, people, and the ocean, and was best known in California for her depictions of Monterey and its wharf. While Fortune spent most of her career creating lush, impressionist landscapes, she switched to religious paintings in her later years, which included a mural on St. Angela’s Catholic Church in Pacific Grove.

Today, her art is seen as bold and powerful, as well as relevant. Fortune’s collection was exhibited as recently as January 2018 in the Crocker Art Museum in Sacramento. It stands as her largest exhibition yet, including approximately 85 of her pieces. 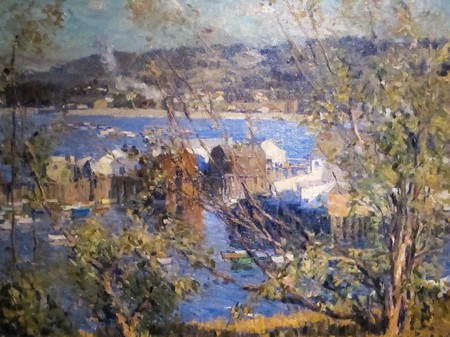 Loren Barton was an accomplished artist in oil, watercolors, and even book illustrations. Born in Oxford, Massachusetts, she was raised in Los Angeles where she attended art school at the University of Southern California. She created portraits, landscapes, and still life paintings inspired by her travels in Mexico, Europe, and all over the United States.

Attaining great success in her early career, Barton was able to exhibit her art regularly. In 1933, Barton was commissioned by the White House to paint the first ladies’ gowns. By 1941, she became a teacher at the Chouinard Art Institute in Los Angeles. Today, Barton’s work can be found in The National Gallery of Art, The Metropolitan Museum of Art, The New York Public Library, and The National Library of France. 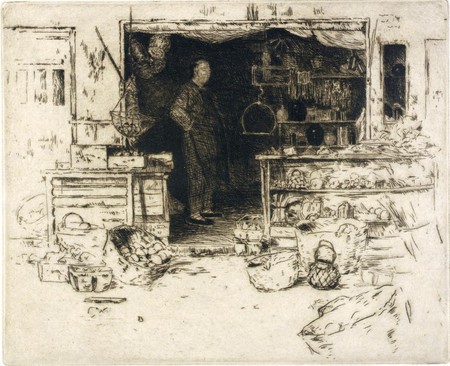 Grace Hudson is best known for her beautiful and sympathetic artistic portrayals of Native Americans, specifically the Pomo tribe of California. Hudson was born in rural Northern California where she showed an early talent for art, eventually studying at The San Francisco School of Design.

After earning her degree, she returned home where she did portraits of the local Pomo tribe, especially Pomo children. These portraits were unique representations of the struggle between white settlers and Indian peoples and her paintings soon gained national recognition. From then on, Grace Hudson and her husband, Dr. John Hudson, dedicated their lives to the preservation of Pomo Indian culture. She had a long artistic career, creating over 680 Pomo oil paintings, and becoming one of the most accomplished painters of Native Americans. 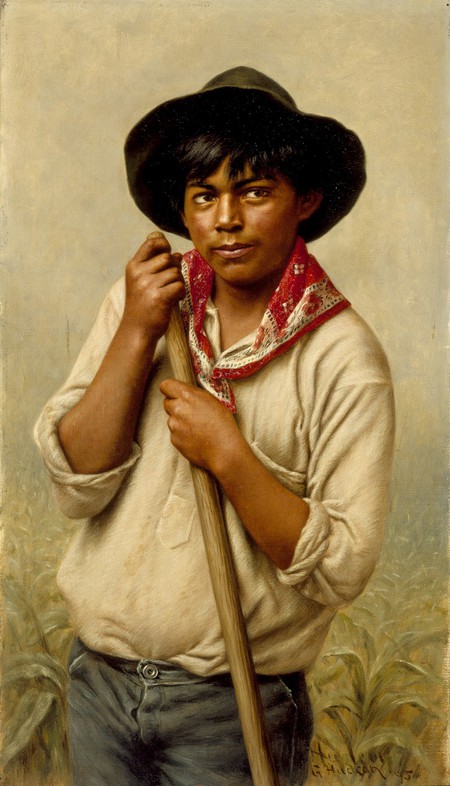 From a young age, Elanor Colburn knew she wanted to study art. She trained with great painters such as William Merritt Chase and Frank Duveneck, and attended the Art Institute of Chicago. While her early work mainly consisted of landscapes and portraits, moving to California inspired her to use Western themes, often focusing on Native Americans. Colburn painted mother and child scenes, depicting private moments such as a mother washing or holding her baby.

She used muted tones, abstract techniques, nature, and nudity to create her own version of the Madonna and child in works such as “Primitive Mother” and “Wilderness Madonna.” Highly involved in the art community in California, Colburn became a member of The San Diego Art Guild, The Painters and Sculptors Club of Los Angeles, and The Laguna Beach Art Association, where she served as director from 1926 to 1929. 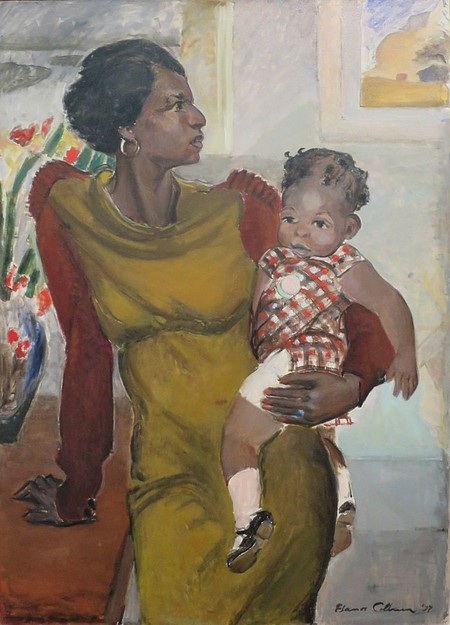 Donna Schuster used oil and watercolor to create modern impressionist masterpieces. She studied painting at the School of the Art Institute of Chicago and the Boston Museum of Fine Arts School before moving to California with her mother. By 1923, Schuster regularly painted out of her studio/home in Griffith Park and eventually taught at the Otis Art Institute. Schuster’s work was influenced by cubism and abstract impressionism, and she took inspiration from Claude Monet. She even set up a lily pond in her backyard to create her own lily paintings. Her pieces often depicted women or flora, usually represented with bright colors and intricate detail.