10 Famous Yet Non-Touristy Film Landmarks to Visit in LA

As the center of the film and television industries, Los Angeles hosts countless productions just about every day of the year. And because not all of them can be shot within the confines of a studio, there are more than a few famous backdrops scattered all over the city. Here are ten places you can check out without feeling too much like a tourist. 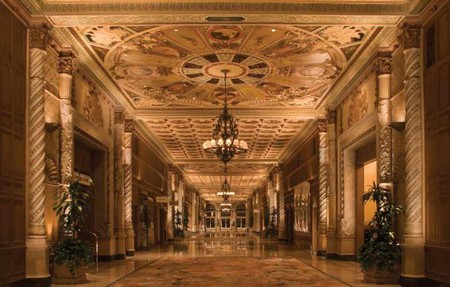 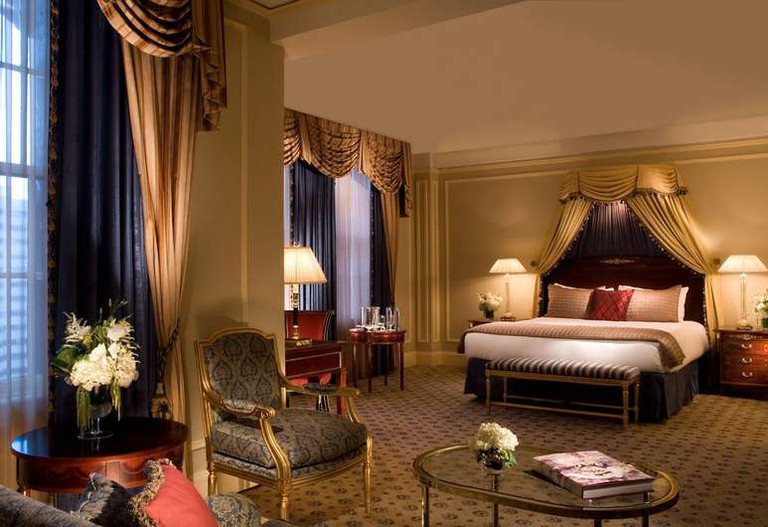 Courtesy of Millennium Biltmore Los Angeles / Hotels.com
View Rooms
The Millennium Biltmore Hotel was the ‘Sedgewick Hotel’ in Ghostbusters, the ‘Pressman Hotel’ in Fight Cluband the ‘Beverly Palms Hotel’ in Beverly Hills Cop. Scenes in Cruel Intentions, Pretty in Pink, Blow, Ocean’s 11, Wedding Crashers, Entourage, That ’70s Show, Ally McBeal, 24, House, Heroes, Mad Men, Glee, Scandal and numerous other productions have been filmed on the grounds, everywhere from the swimming pool to the ballroom to the lobby. It also hosted the Academy Awards eight times between 1930 and 1943.
EVERYTHING YOU NEED TO KNOW

The Prince Restaurant doubled as the ‘Brown Derby’ when J.J. Gittes (Jack Nicholson) met with Evelyn Mulwray (Faye Dunaway) in Chinatown. It’s also been used as Merchants of Death hangout ‘Bert’s’ in Thank You for Smoking and ‘Clyde’s Bar,’ where Nick Miller (Jake Johnson) plies his trade in New Girl. The famous red vinyl booths were also frequented by Don Draper (Jon Hamm) and friends throughout Mad Men. Several other films and television shows have shot there as well.

The Formosa Cafe was where Detective Ed Exley (Guy Pearce) famously told Lana Turner that ‘a hooker cut to look like Lana Turner is still just a hooker’ in L.A. Confidential. The popular nightspot has also appeared in Swingers, The Majestic and Still Breathing, and has been a favorite hangout of A-listers for generations. It’s also the spot where Eddie Murphy picked up a transvestite prostitute and Shannen Doherty broke a beer bottle on an unfortunate patron’s car.

Dinah’s Family Restaurant was used in The Big Lebowskias the late night diner where a group of nihilists and their female companion with a missing toe ordered lingonberry pancakes and pigs in a blanket. More recently, it’s been used as the diner where Lou Bloom (Jake Gyllenhaal) briskly interviews the desperately unemployed Rick Garcia (Rick Garcia) and offers him an unpaid internship in Nightcrawler. Episodes of Modern Familyhave also been filmed here as well.
Open In Google Maps
6521 South Sepulveda Boulevard, Westchester, Los Angeles, California, 90045, USA
+13106450456
Visit Website
Give us feedback 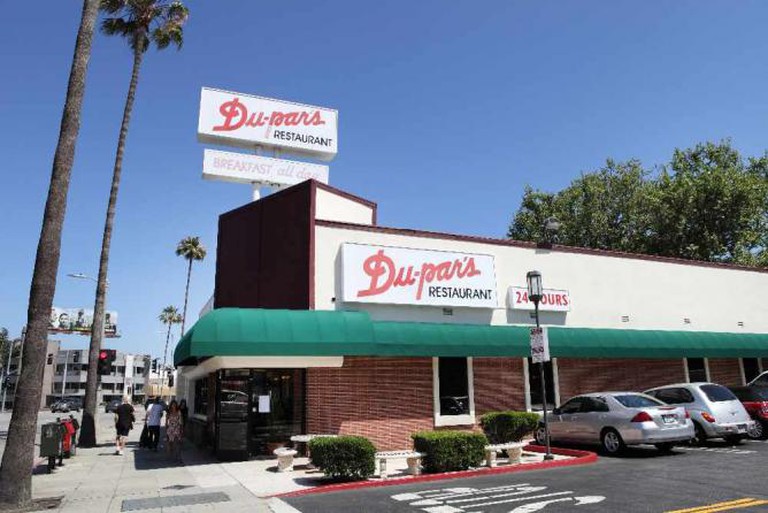 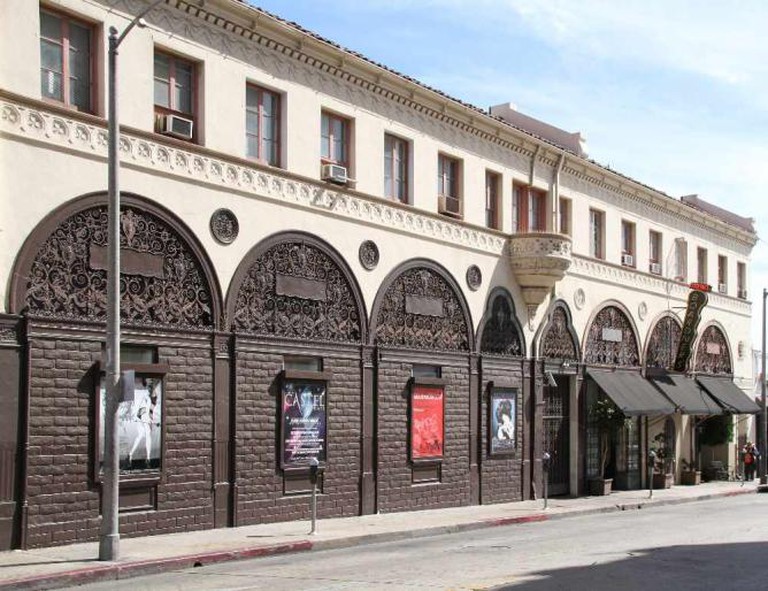 Boardner's | © Tony Hisgett/Flickr
Du-Par’s appears in Boogie Nights as the late night diner where Jack Horner (Burt Reynolds) tries to sell Eddie Adams (Mark Wahlberg) on working in the adult entertainment industry. It’s here that Horner famously reveals his dream of elevating the content of adult cinema by making ‘a film that is true and right and dramatic.’ It’s also where David Lynch and Mark Frost came up with the idea for what eventually became the pilot episode of Twin Peaks.
Open In Google Maps
12036 Ventura Blvd, Studio City, California, 91604, USA
+18187664437
Give us feedback

Boardner’s is the location where Ed Wood (Johnny Depp) searches for encouragement while reading unfavorable reviews of his work in Ed Wood. It’s also the bar where Captain Smith (James Cromwell) gives Bud White (Russell Crowe) his gun and badge back in L.A. Confidential. Several other films and television shows, including Leaving Las Vegas and Beverly Hills 90210, have filmed there as well. They also claim to be the last place the Black Dahlia ever bought a drink.

Skate Park
Facebook
Email
Twitter
Pinterest
Copy link
Share
Map View
The Moonlight Rollerway has probably hosted more productions than any other rollerskating rink in the world. Its long list of film credits includes Lovelace, Beginnersand Semi-Pro, and numerous television shows including The Office, Modern Family, Glee and Cold Casehave filmed there as well. Pretty much every rollerskating scene that’s filmed in Los Angeles is filmed there, so if you see someone rollerskating in a film, television show, music video or commercial, they’re probably at the Moonlight Rollerway.
Open In Google Maps
5110 San Fernando Rd, Glendale, California, 91204, USA
Give us feedback

Griffith Park has hosted everything from The Birth of a Nationto Sons of Anarchy.In 2014 alone, it logged 322 production days. The Griffith Observatory featured prominently in Rebel Without a Causeand Terminator,and if you use the tunnel entrance on Mount Hollywood Drive to get there, you’ll also be driving through the entrance to Toon Town in Who Framed Roger Rabbit. Bronson Canyon Cave has been equally popular, and even served as the Batcave on the Batmantelevision series.
Open In Google Maps
4730 Crystal Springs Drive, Los Angeles, California, 90027, USA
+13239134688
Visit Website
Give us feedback

Point Dume State Beach is probably best known as the location where George Taylor (Charlton Heston) spotted the remnants of the Statue of Liberty in the original Planet of the Apes. It’s also the site of the bonfire scene in The Big Lebowski, Dr. Evil’s volcano island in Austin Powers: The Spy who Shagged Me and Seth and Summer’s farewell in The OC. Dozens of other productions, including Iron Man, Modern Family and Entourage have filmed here as well.