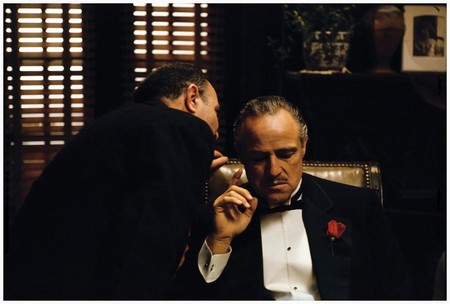 Herman Melville once said, ‘To produce a mighty book, you must choose a mighty theme.’ Perhaps it is the mighty themes that have made Hollywood so keen to retell the mighty books as mighty movies. The transition isn’t always seamless. Writing for reading and writing for viewing are two very different enterprises. However, these ten authors-turned-screenwriters have proven their prowess both on the page and on the big screen.

Truman Capote is known for the mega literary hits In Cold Blood and Breakfast at Tiffany’s, which were both adapted for the silver screen. Capote made a brief foray into screenwriting with The Innocents and co-penned 1953’s Beat the Devil, which made the late Roger Ebert’s ‘Great Movies’ list. It’s a special accomplishment considering the author cranked out scenes against daily deadlines set by director John Huston, who threw the original script out on day one of filming and flew Capote in to fix it. With an ensemble of excellent character actors including Humphrey Bogart, Jennifer Jones, and Gina Lollobrigida, the film was an instant cult classic and has been called the first camp movie.

Chandler’s detective fiction defined the genre so much that seven out of his eight novels were made into films, though none of the screenplays were penned by the author himself. However, Chandler did bring other noir classics to life in co-writing Double Indemnity with Billy Wilder, Strangers on a Train with Alfred Hitchcock, and the original screenplay for The Blue Dahlia. With a slew of successful novels and several well-respected films to boot, Chandler’s world-weary detective archetype has had a lasting impact on American culture.

Many of Michael Crichton’s stories have found their way to Hollywood. It’s not often that a writer adapts their own work for the screen, but that’s exactly what Crichton did for blockbuster hits Jurassic Park, The Great Train Robbery, and Rising Sun. He also created the award-winning hospital drama television series, ER. Though several of his other novels have made cinema debuts, most of them suffered without Crichton at the helm. His knack for storytelling in a variety of media was particularly clear in 1994 when he simultaneously released the number one film, TV series, and novel with Jurassic Park, ER, and Disclosure respectively.

The author of memoir A Heartbreaking Work of Staggering Genius, Dave Eggers lent his hand to a coming-of-age story of a different sort in penning the screenplay for Where the Wild Things Are, adapted from Maurice Sendak’s classic children’s book. He also co-wrote comedy-drama Away We Go with his wife, Vendela Vida. Eggers is a prolific writer and editor of both fact and fiction, as well as the founder of the comedic literary magazine McSweeny’s and several non-profit educational organizations.

The author of several dark and mysterious novels, including New York Times bestseller Gone Girl, Gillian Flynn authored the screenplay adaptation of the psychological thriller, which was directed by David Fincher. A longtime staff reporter and then television critic for Entertainment Weekly, Flynn moonlighted as a novelist, writing her first works while she was still working in journalism. Since her praised collaboration with Fincher, it’s likely we haven’t seen the last of Flynn’s writing for the screen.

English novelist Nick Hornby, who wrote wry and dry comedic classics High Fidelity and About A Boy, has also proven his chops in adapting novels for the screen. His penchant for writing characters who seek – who are aimless, unsure, or obsessed with self-discovery – is clear in all of his works, including his screenplays for An Education, Wild, and Brooklyn. In addition to a prolific body of work in writing and editing, Hornby has also authored lyrics for musical artist Ben Folds, and his interest in music is apparent in many of his works, especially High Fidelity, in which music is personal mythology.

Larry McMurtry specializes in writing the atmosphere and characters of cowboy country, from the old American West to the contemporary South. His novels include Terms of Endearment and Lonesome Dove, the latter a Pulitzer Prize winner that became the eponymous Emmy-winning television mini-series. McMurtry also co-wrote the screenplay for Brokeback Mountain with producer Diana Ossana, a tragic love story between cowboys whose representation of a multi-faceted same-sex relationship drew critical acclaim. McMurtry’s works have received over 30 Academy Award nominations and over a dozen wins.

Mario Puzo’s Mafia novels include the genre-defining The Godfather, which he co-adapted into the cinema trilogy directed by Francis Ford Coppola. His early career as a pulp journalist exposed him to anecdotes about the Mafia, which his publisher encouraged him to expound upon in the novel. The Godfather was a New York Times best-selling book and went on to be an Oscar winner as a film – Puzo took home Best Adapted Screenplay for both The Godfather and The Godfather Part II. Puzo also co-wrote the screenplay for 1978’s Superman.

John Steinbeck is firmly positioned in the American literary canon, with many lauded novels including Of Mice and Men, Cannery Row, East of Eden, Grapes of Wrath and so on considered emblematic of American literature. He wrote the screenplay for several films as well, including the adaptations of his own Viva Zapata and The Red Pony. Most of his popular novels were adapted as screenplays by other writers, animating his quintessential themes of downtrodden everymen against a world of injustice.