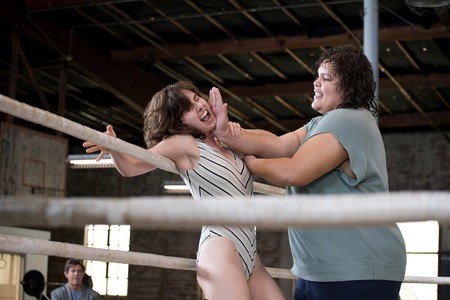 'GLOW' is based on the 1980s all-female wrestling promotion. | © Erica Parise/Netflix

More than a year ago, Chavo Guerrero Jr. heard about an upcoming Netflix series called GLOW, based on the all-female wrestling production Gorgeous Ladies of Wrestling (GLOW) from the late 1980s and early ‘90s.

Production was in search of a wrestling coordinator and the former WWE superstar believed he would be a perfect fit — “If I got in front of them, I knew I’d get the job.”

Guerrero Jr. tried reaching out to executive producers Jenji Kohan, Liz Flahive, and Carly Mensch about the role. A week later, he received a call from stunt coordinator Shauna Duggins, who had received his number from former WWE superstar Eve Torres.

Guerrero Jr., of the famed Guerrero wrestling family, interviewed and sure enough got the job, coincidentally following in his uncle’s footsteps. Mando Guerrero trained the real-life GLOW wrestlers prior to the show’s inaugural season. 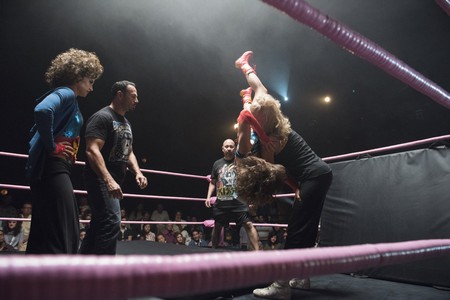 Chavo Guerrero Jr. working with the cast of 'GLOW' | © GLOW

“I remember being a kid and him telling me about this new project he was doing,” Chavo said. “At that time women’s wrestling wasn’t totally accepted by itself in the wrestling world and they caught some crap for doing it. I remember him saying he wasn’t going to take the job because of that stigma, but he talked to my grandfather (Gory Guerrero) who told him to take every opportunity he could.”

The 10-episode first season of GLOW is available June 23 on Netflix.

While Mando was training actresses and models looking to make a name for themselves wrestling matches on a weekly basis, Chavo’s training for the series differed. He trained the show’s cast, including Alison Brie, Betty Gilpin, and Kate Nash, to wrestle for specific scenes. Daily training began with warmups of forward rolls, back bumps and rope work before focusing in on a specific scene/shot. 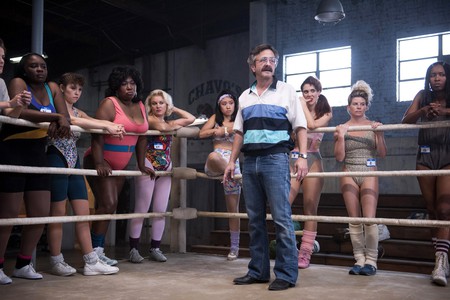 “A lot of these actresses never stepped into a ring,” said Guerrero Jr., a six-time WCW/WWE Cruiserweight Champion. “The first thing I had to do was build their confidence and trust in me. I wouldn’t have them do anything I wasn’t 100 percent confident they could pull off and not get hurt. Once we built that trust and they saw it, they would try anything I wanted them to because they had trust in me.”

“The training was one of the best parts about working on this show,” she told Vulture.

Guerrero Jr. was able to also utilize his years of experience in the ring to help the show’s producers make GLOW appealing to diehard wrestling fans and general viewers alike. He would consult them on certain aspects of the industry that runs in his family’s blood because he had a legacy and reputation to live up to.

“If this show wasn’t good or the moves weren’t good that’s my reputation on the line,” Guerrero Jr. said. “I worked really hard so anytime you see the stunts these girls do, it’s really good. I really worked my butt off to make sure everything was up to par and then some.