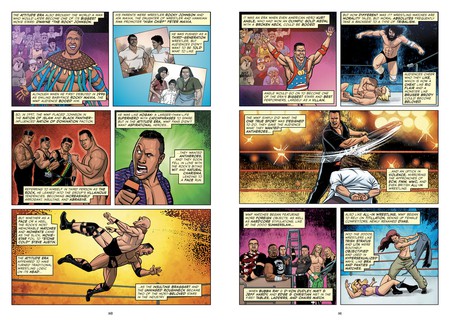 The Comic Book Story of Professional Wrestling is a complete history of wrestling from its carnival roots to the global phenomenon it is today, highlighting legends including Hulk Hogan and Bruno Sammartino and today’s favorites like John Cena and Kenny Omega. Writer Aubrey Sitterson and illustrator Chris Moreno talk about the project, which is out October 2, 2018.

Writer Aubrey Sitterson has again teamed up with illustrator Chris Moreno to create The Comic Book Story of Professional Wrestling. Both grew up wrestling fans, fell away from the sport as they got older, and then were drawn back in, especially when the idea for this project came about.

Sitterson and Moreno discuss their background and interest in wrestling, the difficulties of chronicling the extensive history of the industry and more ahead of the graphic novel’s release.

Culture Trip: What is your background/interest in wrestling? Did you follow it as kids? Do you still follow it now?
Aubrey Sitterson: As a young kid, I watched primarily the World Wrestling Federation (WWF). I kind of fell away from it as I got older, but growing up in the ’90s, in the midst of the Monday Night Wars, it was impossible not to be aware of what was going on in WWF, World Championship Wrestling (WCW) and Extreme Championship Wrestling (ECW) … I didn’t really fall down the rabbit hole until I was an adult, however … Within a year or two, I took a job at WWE.com, working as a writer and producer, and since then, wrestling has been not only a hobby but part of my career.

Chris Moreno: I spent many an afternoon watching WWF as a kid with my dad and brother, and weekends were spent wrestling with dad in the backyard as ‘The Flying Moreno Brothers.’ My dad was in the Marines, and sometimes we’d go to live wrestling shows that would come to the base. I also watched any movie that had wrestlers in it … My interest in wrestling waned a bit toward the end of the ’90s, but I still checked it out every once in a while after that. Actually, Aubrey was my initial window back into pro wrestling, since I followed him on Twitter and saw what he was up to with his podcast. 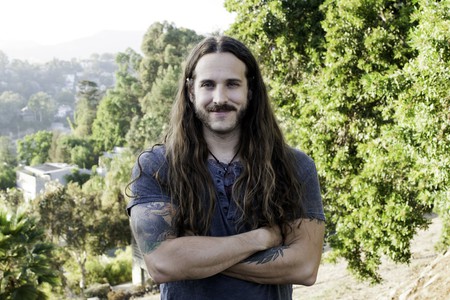 CT: What do you enjoy most about it? Who are your favorite wrestlers?
AS: Initially, the thing that drew me to wrestling was its similarity to superhero comics, but the more I watched the more I realized that wrestling is its own fascinating medium that – while sharing surface similarities to superhero comics, soap operas and other serialized storytelling – operates according to very different rules. My all-time favorite wrestler changes day to day, but right now I’d probably have to go with Macho Man Randy Savage. Savage was a guy who could do it all – the big, broad, cartoony stuff, the athletic work-rate stuff and of course amazing promos. But what’s most stunning about Savage is that even now, in 2018, you can watch his matches and they feel completely modern – you can’t say that about most 1980s stuff. In context, Savage looks like a guy who came from the future, and in doing so, prophesied much of what wrestling was going to become over the next few decades.

CM: For me it’s the simplicity of the storytelling. All drama comes from conflict. What does the character want, and what’s standing between them and getting it? It’s all there in the ring. Who represents good, who represents evil? The colorful characters, the spectacle is all in service of that storytelling. As a kid, it was like watching my He-Man toys fighting each other in real life. My favorite superstar is really dependent on when I was watching, but there’s definitely a type that I always gravitated towards: the arrogant motormouth. In the ’80s, it was guys like Ric Flair and Roddy Piper. The ’90s, The Rock and Chris Jericho. In the 2000s, CM Punk. I was always interested in the guys who could rock the mic as well as the ring. 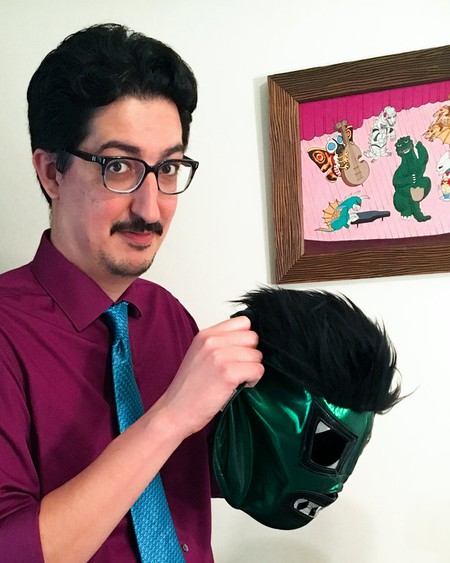 CT: What is the goal of The Comic Book Story of Professional Wrestling?
AS: This is an important project for me, largely because we’re doing something that’s never been done in any medium: providing a complete history not just of a single wrestler, promotion, era or country but the entirety of professional wrestling, from the carnival days to the present, with chapters on Mexico, Japan and the United Kingdom. That’s a tall order, especially since it was so important to me that, just like the title says, this be an actual story.

CM: The personal goal was to keep the visuals as vibrant as the subject of pro wrestling demands. It’s hard conveying any subject that is best seen in motion in comics, which is a static medium. But the overall goal of the project was creating something that had enough good stuff for the hardcore fans but was also accessible to the casual fan or someone coming at it cold. 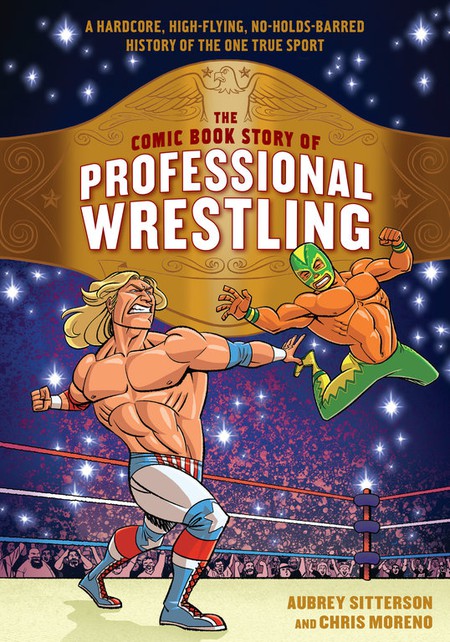 The Comic Book Story of Professional Wrestling is out October 2, 2018 | © Penguin Random House

CT: What was the hardest part of putting the project together?
AS: I generally write comics with a focus on the visual – I figure out what the page is going to look like, write the panel descriptions and then use dialog where necessary. But with The Comic Book Story of Professional Wrestling I had to do the exact opposite, since there was so much information that was utterly necessary that we convey. That meant that I often found myself with a page full of captions and struggling to figure out how to keep things visually interesting and, most importantly, find ways to communicate that necessary information through visuals so that we could cut down on all the copy.

CM: A lot of the challenge was in finding visual reference. For the old-time wrestlers, it was finding enough reference. Some of these people I could only find two blurry JPEGs of them, so I had to basically reconstruct them from what little I had. For the more modern wrestlers, it was about finding every angle of their ring gear. So many of them have intricate, asymmetrical patterns with, say, Gothic-font lettering or tribal-esque patterns. I spent a lot of hours scouring search engines and watching video clips to find what I needed. And a few hours more just watching videos because they’re so damn fun. 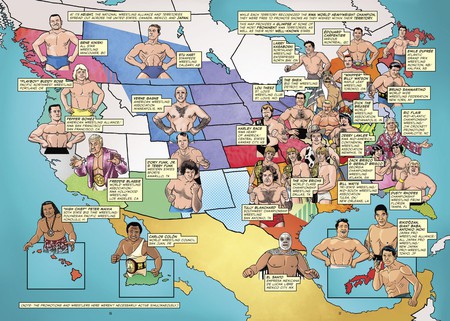 CT: If you two were a tag team, would you be babyfaces or heels, and what would your names be?
AS: We’re the most dynamic tag team in all of comics. We’re the Four Color Messiahs. We’re the Saviors of the Ninth Art. After years of howling in the wilderness, eating wild locusts and honey, we have labored and we have toiled so that on October 2, 2018, on that most holy of days, on the day foretold by sages of eons long past, so that on that day, you might, nay, you will hear the Good News. You will have the scales struck from your eyes so that you may behold Your New Favorite Book, The Comic Book Story of Professional Wrestling, the book that will guide you into that most radiant, undeniable, ecstatic truth: that professional wrestling is The One True Sport, forever and ever. Amen.

CM: It’s definitely more fun to be heels. Let’s be a couple of classic ’80s Cold War Communist bad guys, but with a Road Warrior twist – Hammer and Sicko, the “post-apocalyptic Bolsheviks.”