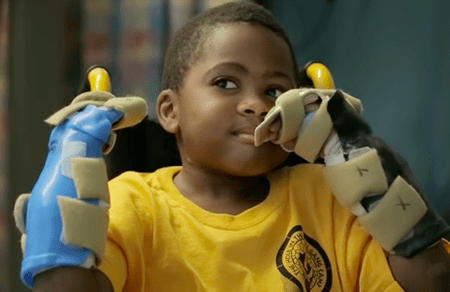 Zion Harvey was just 2-years-old when he lost his hands and feet to sepsis. Now, at age nine, he has become the world’s first child to successfully receive a double hand transplant. And, by his own account, he’s doing just fine one year later.
“The only thing that’s different is, instead of having no hands, I have two hands,” Harvey said in a video released by Children’s Hospital of Philadelphia. “Everything else is the same. My friends haven’t changed. They haven’t treated me any different… I’m still the kid everybody knew.”

Harvey and his mom, Pattie Ray, are all smiles as they discuss his progress over the last 12 months. But the road hasn’t always been easy. Sepsis is the body’s often life-threatening response to infection. In Harvey’s then-toddler body, the infection quickly spread through his system, most severely impacting his hands, feet, and kidneys.
His mom donated one of her own kidneys to save her son’s life, according to NBC News. It was Harvey’s positive response to that kidney transplant at age four that allowed doctors to set their sights on the bilateral hand transplant.
“I think from an emotional standpoint, he’s a remarkable young man,” said lead surgeon Dr. L. Scott Levin. “We’ve had weeks of hospitalization, a daily request for him to interact, to do therapy, to undergo testing…And there’s never been one iota of resistance.” 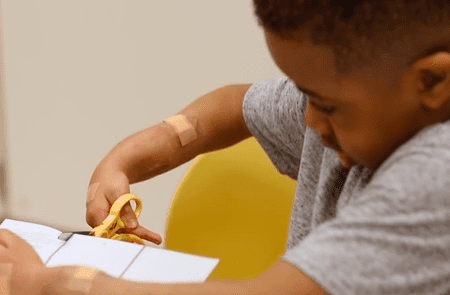 The 10-hour hand transplant surgery led by Dr. Levin and Dr. Benjamin Chang was just the beginning of the process. A team of over one hundred doctors, nurses, physical therapists, and other medical professionals chipped in to help Harvey navigate use of his new hands.
“His brain is telling his hands to move, and they move,” Dr. Levin said. “And that in and of itself is remarkable because for six years of his life that part of his brain was asleep. There were no hands to activate.”
Though the health care professionals at Children’s Hospital are overjoyed with Harvey’s progress, it’s Harvey and his mom who are most thrilled.
“He’s very independent. He’s a 9-year-old. And he’s showing it. We’ve been tested. So, it definitely has been a year to remember. We’ve come a long way together,” Ray said.
As for Harvey, he’s full of hope and wants to inspire other children to feel the same. “If any kid is watching this and going through a rough time, never give up on what you’re doing,” he said. “You’ll get there eventually.”