Wildlife In The Camargue: Flamingos, White Horses And Black Bulls 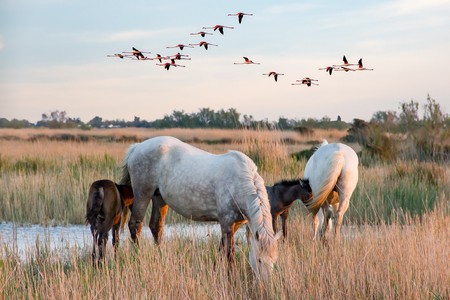 Head south of the historic city of Arles in the South of France, towards the Mediterranean Sea, and you’ll come to the beautiful natural park of the Camargue. Flamingos prance and the white horses gallop – all amid wetlands, sky and sea. 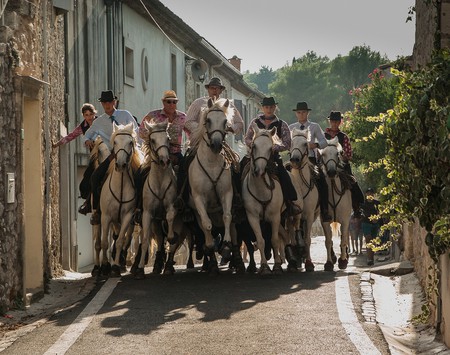 The Camargue has been a regional park and nature reserve since 1970. People flock to this area in the South of France for the beautiful natural scenery, outdoor activities and wildlife spotting. 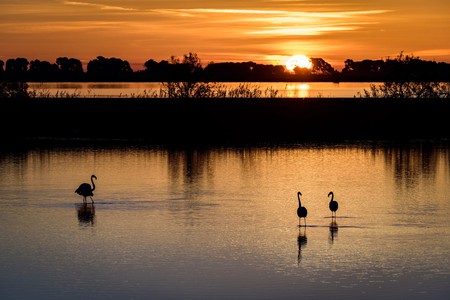 The white horses of the Camargue

The white horses of the Camargue are considered one of the most ancient breeds of horses, worked by the Camargue cowboys or gardians for managing their herds of black Camargue bulls. The iconic image of white horses galloping through the shallow waters of the park is one that surely attracts visitors to the region year after year. Interestingly, foals are born with normal dark coats, which only turn white at around four or five years of age. 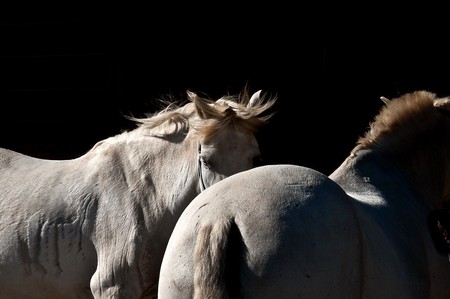 The Camargue region includes a large UNESCO-designated biosphere reserve, where each year, especially during spring and autumn, the region’s wetlands host thousands of migrating birds. At these two times of the year, bird watchers hope to catch those who flock to the Camargue in spring to mate after a winter in Africa, and those that journey from more northern parts of Europe to a milder climate in the autumn. 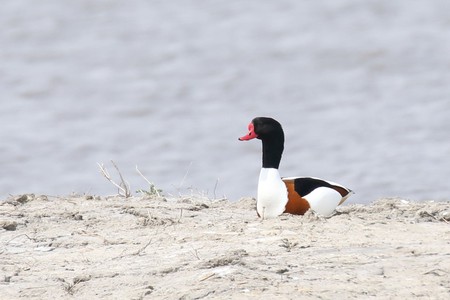 Bergeend on the banks of the water | © Jac. Janssen / Flickr

Flamingos: The emblem of the Camargue

Pink flamingos are, without a doubt, the most emblematic species to the region. Whiling away the days in the sallow spots of the park’s wetlands, the Camargue’s flamingos can be spotted all year round. North of Saintes Marie de la Mer, at the heart of the natural park, is the Ornithological Park of Pont de Gau, a bird park that has miles of trails for ambling and where you’ll easily spot these beautiful birds. 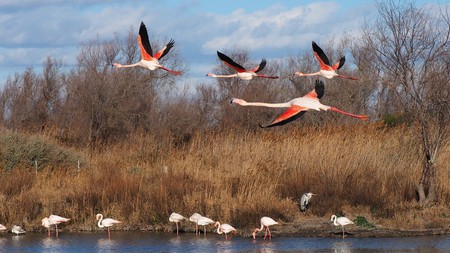 Flamingos in the Camargue | © gayulo / Pixabay

Aside from the birds, there are lots of mammals to spot in the landscape. Coypu, boar, fox and sometimes you might catch a glimpse of a beaver. 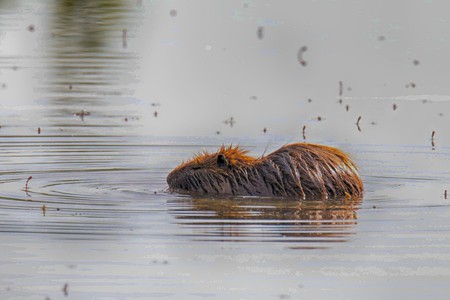 The Camargue is home to around 350 species of birds, including migratory ones. From Eurasian Spoonbill to White Stalk and Grey Heron, whichever corner of the park you’re exploring, make sure to bring binoculars and a guide book. 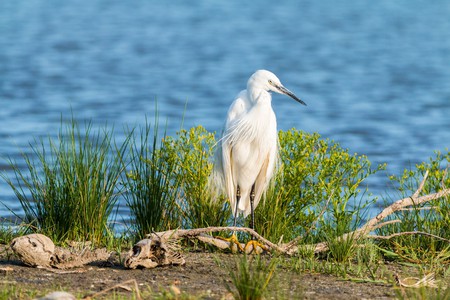 The black bulls of the Camargue

The black bulls of the Camargue have been reared by the cowboys of the region for centuries. Raised for traditional bullfights or to export to Spain, they are a big part of the daily life of the Camargue. Unlike Spanish bullfights, where spectators watch the fight between a bull and its matador, the bullfights of the Camargue – Course Camarguaise – are all about agility. Dressed all-white, men try to sneak ribbons or tassels off the black bull’s horns. 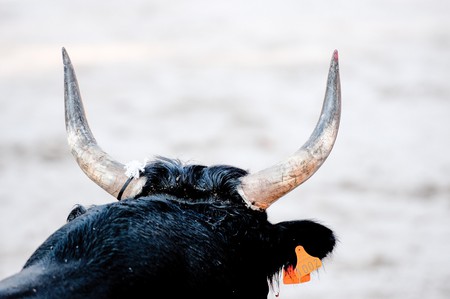 The salts of the Camargue

Salt production is also a main focus in the Camargue, along with its horses and bulls. South of the village of Salin de Giraud is where you’ll get the best views of these incredible pastel-coloured salt pans. If you’re interested in a tour, Salins du Midi salt company in Aigues-Mortes – which each year produces 500,000 tonnes of salt – is open to the public and organises tours. 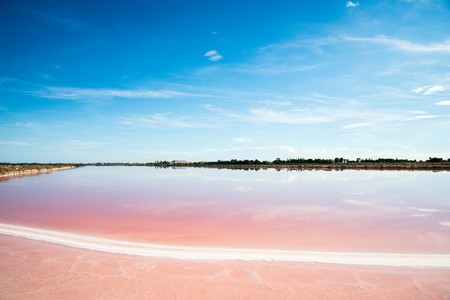 Exploring the Camargue on horseback

Though the Camargue horses might look wild as they roam the landscape with barely any fences, they’re mostly all used by the gardians for herding or trekking. Visitors to the Camargue will easily be able to explore the area on horseback with riding stables situated along most of the commonly used roads in the park, especially around Les Saintes Marie de la Mer. You don’t need to be a pro and the cost isn’t dear. 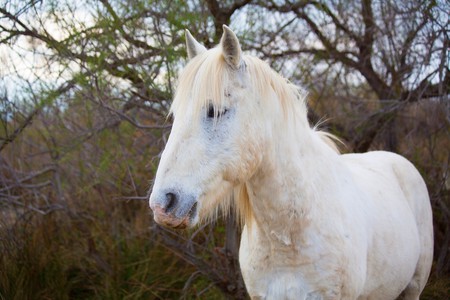