Why the Jewelry of First Ladies is Not Just About Glamour 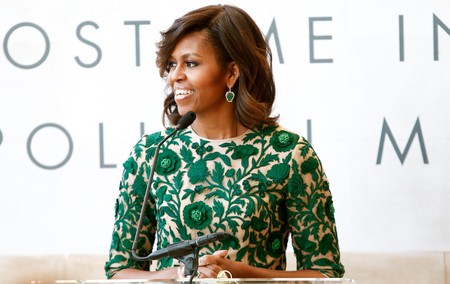 The women of the White House are famous for personal adornment. Eleanor’s pearls, Jackie’s emeralds, Hillary’s gold charms. In the modern era of televised-everything, it’s no secret that for first ladies, wearing just the right jewelry is believed to make a subtle yet powerful statement on the national stage.

But don’t be fooled. It’s never been about being pretty.

Over the last two hundred years, the role of the first lady has evolved to represent the beating heart of the nation’s philanthropic, cultural, and humanitarian efforts.

Martha Washington, the first in a long line of Presidential spouses, would have been more likely to respond to ‘Lady Presidentess’ than first lady. Her engraved pocket watch, a piece of jewelry made in 1792, has spurred a modern cultural obsession. Historically Martha is perhaps most well-known for hosting weekly receptions in her home. Every Friday evening, she opened the Presidential home to ordinary citizens. The receptions served as a sign that the new US government would be “close to the people and responsive to their needs.”

In reality the receptions were probably more selective than they might sound—though political adversaries were welcomed, it’s highly unlikely that a layperson without social connections would be given the chance to mingle with the President. For the time though, Martha’s salons were more diverse and welcoming than anything the country had ever seen. Her behavior highlighted the value of making an honest attempt to connect with the people. Though imperfect, it was certainly a step in the right direction. 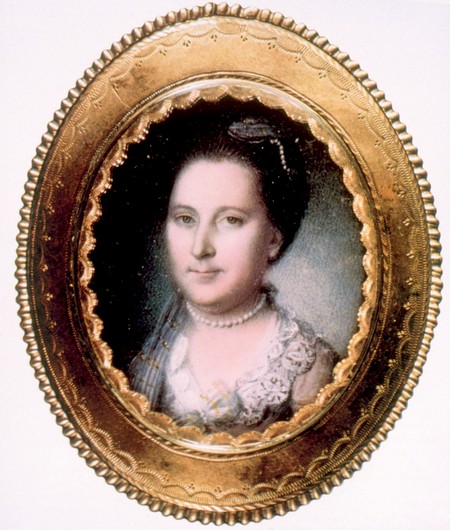 Jumping forward a 140 years or so to Eleanor Roosevelt. The four terms that her husband served in office, from 1933-1945, were some of the most tumultuous in US history. Between the Great Depression and the Second World War, it was not a time to boast one’s political affluence by wearing diamonds and gold.

When it comes to jewelry, Eleanor Roosevelt is remembered for her simple, unassuming pearl necklaces. She dressed modestly and practically, eschewing the “refeminization” movement pushed onto post-WWI American women in the 1930’s. And although she wore her pearls in the 1948 Speech on Human Rights, history is more likely to remember the extraordinary woman wearing them.

It should also be noted that on March 3, 1933, at the outset of her husband’s presidency, Eleanor held the original first lady Press Conference. Only female reporters were invited to attend. The conferences were held as a means of keeping people informed about the political activities in the White House and to help female reporters keep their jobs during the Depression. 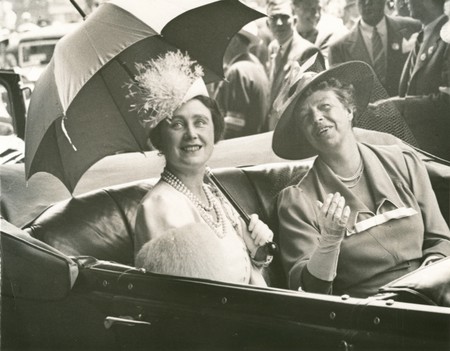 Jackie O. is easily one of the most romanticized first ladies: always elegant, always charming. She became, as Norman Mailer put it, a prisoner of her own celebrity. This captivity is perhaps one of the pitfalls of elegance in the public eye.

Her chic fashion sense and pristine taste in jewelry made her a fashion icon. Jackie’s first engagement ring, a 2.84-carat emerald and 2.88-carat diamond surrounded with diamond clusters, is to this day considered one of the most iconic rings in presidential history.

As first lady, she took it upon herself to reinvigorate arts and culture in the US. She managed this by using the White House as a place to celebrate the arts and expose political thinkers to the creative minds of the age. In true Martha Washington fashion, Jackie Kennedy regularly organized occasions at the White House to allow “artists, writers, scientists, poets, and musicians to mingle with politicians, diplomats, and statesmen.”

In her own quiet way, Jackie Onassis subverted the expectations of womanhood in her era. She proved that a woman can love beautiful things and be informed and intelligent members of society. 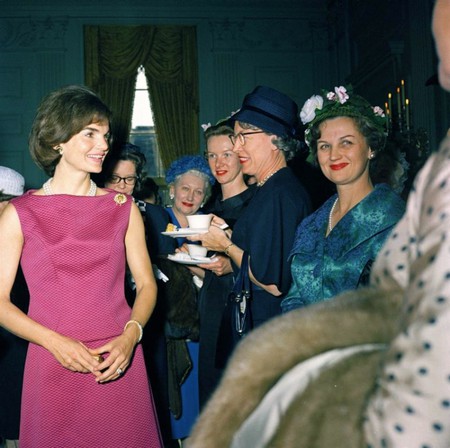 No matter your political feelings about Hillary—and after the 2016 election, who doesn’t have strong feelings one way or the other?—Hillary Rodham Clinton will be considered a notable woman in history. She is the only woman in the history of the United States to be a first lady and a presidential candidate. Not to mention the secretary of state.

It should come as no surprise that she was far from an ordinary first lady. Her taste in jewelry was quite subdued, and truthfully she seemed more interested in using her political savvy to influence the nation rather than using subtler tactics like fashion.

While Hillary largely ignored the press as first lady, she went to work almost immediately. Behind the scenes, she was named to head up the National Task Force on Health Care Reform. Her passion and commitment during that period embodied the spirit of a generation of female business leaders who were sick and tired of the glass ceiling and eager for the world to acknowledge their impact on the world. Between 3.6 and 4.4 million women and supporters marched in January’s Women’s March. Hillary’s impact on women and girls is just beginning to be realized. 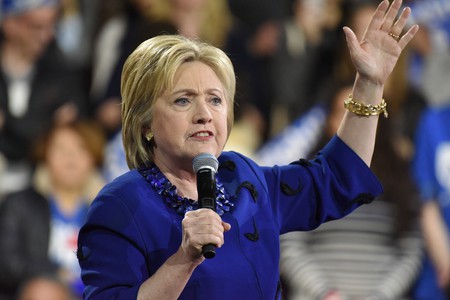 Mrs. Michelle Obama is arguably one of the most loved first ladies in recent history. She’s easy to adore. And also, yes, she is a fashion maven.

The press fawns over her gorgeous jewels. Instead of shying away from their attention, she uses the media as a platform to celebrate the creativity of the artists whose work she wears. That being said, she is very careful that her adornment matches the occasion. For a state dinner honoring the Indian prime minister and his wife, Michelle wore a shoulder-brushing pair of butterscotch amber and pink tourmaline earrings. For a more somber occasion, these would have been far from appropriate. It’s this level of care and attention that make the jewels of a First Lady a universal rather than personal adornment.

But the job of the First Lady goes beyond an offering of beauty.

Michelle will be remembered as an advocate and role model for kids around the world. Her health and fitness awareness programs, like the oft-controversial school lunch program, helped introduce an entire generation of US school children to the idea that their parents might not know everything about nutrition, and that if they eat more nutritious foods in school, they’ll live healthier lives. Not all of the kids liked the healthy food they were given in school, but as the children grow older, one can only hope the impact of their school-provided nutritional awareness will outweigh the addictive qualities of an unhealthy diet. 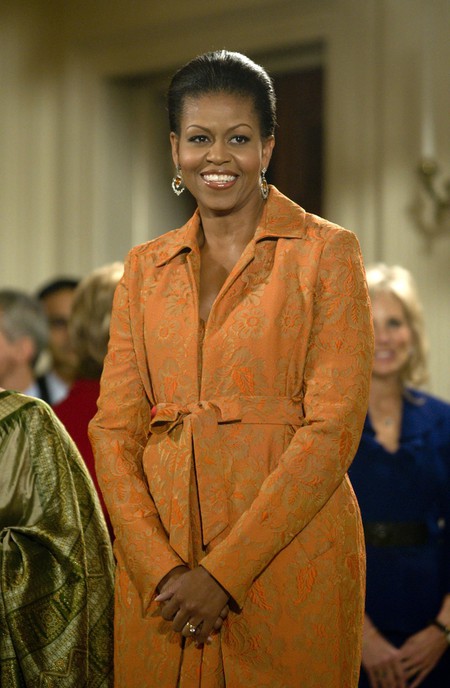 An elegant story is emerging here, isn’t it?

When a woman is empowered, whether she adorns herself to the nines or not, if she’s genuine to her own voice and purpose she can change the world.

Some first ladies have chosen to use adornment to their benefit more than others. At the end of the day, a first lady’s jewelry may be stunning, but the truth is—she doesn’t need it to be seen.