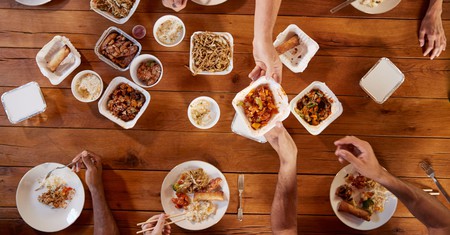 Although a large part of America’s population spends December 25 gathered with family opening presents, for many Jews it’s a day like any other. But over the past century, Jews have developed a Christmas tradition of their own: Jewish Christmas, a holiday uniquely spent dining in Chinese restaurants.

For Jewish Americans, Christmastime evokes yearnings, not for sipping spiked eggnog around the fire, but for sharing platters of crisp egg rolls around a lazy Susan on Jewish Christmas. 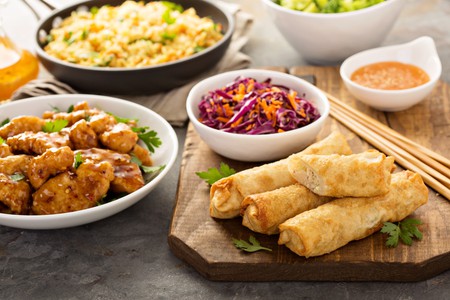 Jewish Christmas has become ingrained in the Jewish vernacular, an annual tradition just as omnipresent as celebrating those eight crazy nights of lighting the menorah. But how did eating Chinese food on Christmas evolve into such a widely followed practice among the Jewish community? The reasons are best understood through a historical and religious lens.

It all dates back to the turn of the century on the Lower East Side. The Manhattan neighborhood brushes up against Chinatown, and in the early 20th century this downtown area brimmed with a growing population of Italians, Eastern European Jews and Chinese. By 1910, the city boasted nearly a million Jews, making them and Chinese-Americans the two largest non-Christian immigrant groups. Not only were the two immigrant populations connected by their shared vicinity, but they were both often ostracized because their religious beliefs did not coincide with the rest of the neighborhood’s customs. 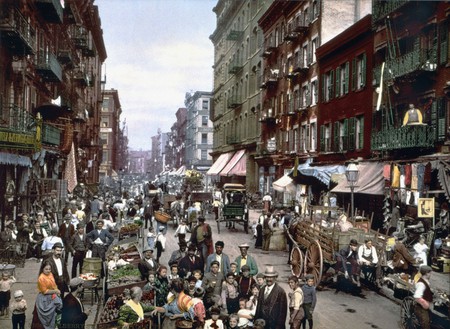 The two groups had more in common than their outsider status; similarities between the Jewish and Chinese cultures quickly became apparent, especially in food. The Jews found tolerance and acceptance at Chinese restaurants, in large part due to the fact that Cantonese-style foods, which rarely incorporate dairy, mirror facets of the kosher diet. (Jewish law prohibits the mixing of meat and milk.) Aside from the occasional trayf (non-kosher) helping of pork and shellfish, Chinese food provided a welcome – and permissible – departure from Jewish cuisine. 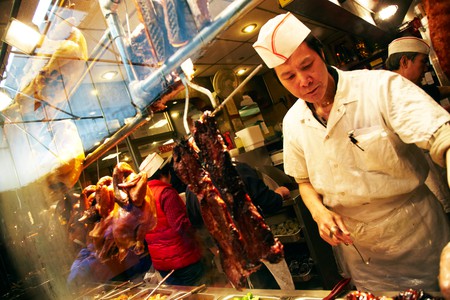 Along with the food, Jewish and Chinese immigrants found themselves linked even more tightly because neither group celebrated Christmas – a link that remains strong today. Chinese restaurants in New York have tended to stay open on Sundays and during Christian holidays, remaining a destination for hungry, wandering Jews who weren’t able to frequent the city’s shuttered restaurants. This has especially been the case for Jewish Americans on Christmas Day when nearly every business shuts down. With each bite into plump dumplings stuffed with beef and chives, Chinese and Jewish communities in America became connected beyond just convenience and location; sociological and religious reasons were key in developing what would become widely referred to as Jewish Christmas. 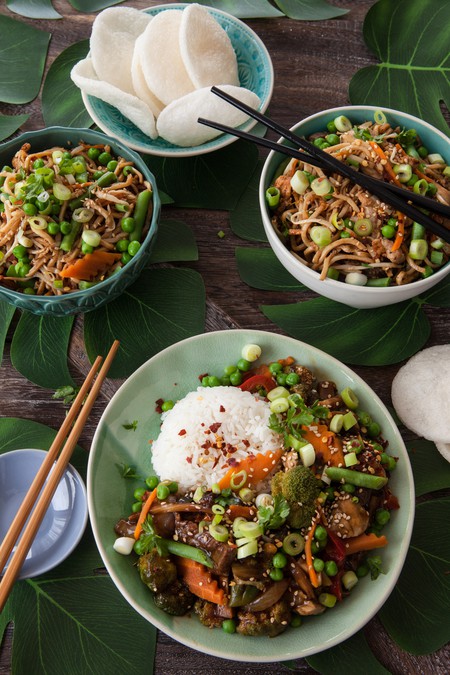 The culinary phenomenon has grown immensely over the years – from simply a custom practiced in NYC to a countrywide tradition – becoming more than just an opportunity to pluck noodles with chopsticks. Jewish Christmas not only embodies a widespread Jewish affinity for Chinese cuisine, but it’s since morphed into an exhibition of Jewish life in America. It showcases how immigration can lead to the development of new traditions, customs and rituals, tailored to a modern and ever-changing society. It proves that there will always be an inherent blending of culture and cuisine, despite any outward differences. And it’s a yearly reminder that Jews often feel most like American Jews when they nosh on scallion pancakes on Christmas Day. 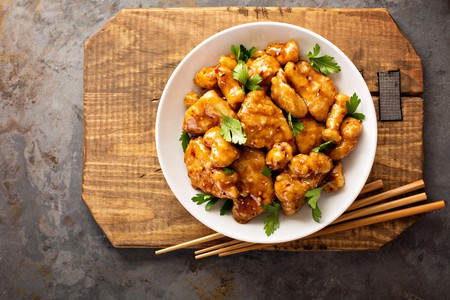 With additional reporting by Amy Schulman