Why Is This Statue in San Fran so Controversial for the Japanese? 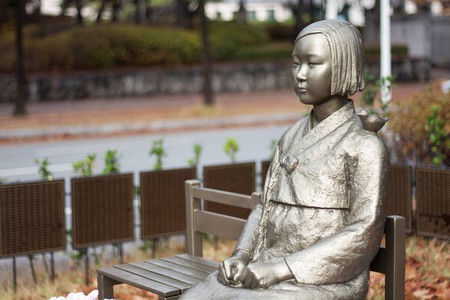 San Francisco’s Japanese sister city of Osaka has decided to cut ties with the American city after they erected a statue earlier in September. The statue, Women’s Column of Strength, was meant to honor human trafficking victims of World War II but sadly, its message was not acceptable to Osaka and its representatives. 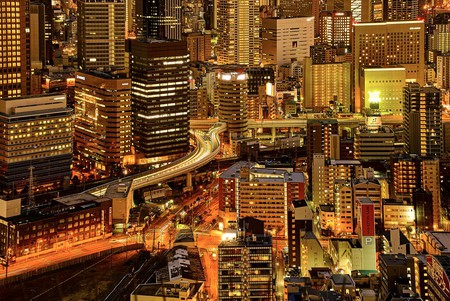 The controversy over the statue is its representation of comfort women. During the war ‘comfort women’ was a euphemism used to describe the women working as sex workers and slaves for World War II soldiers. Many of these young women were kidnapped, trafficked, and died whilst being held in captivity. This was heavily highlighted in Asian countries such as South Korea, China, and Japan. Ever since it has created diplomatic strains between the Asian countries and has become a memory that will never be forgotten. For the people of Osaka, and possibly several others of Japan and Japanese descent, the statue isn’t honoring the country and its people but unfairly pointing the finger at them for past war crimes. The monument stands as a dishonorable reminder of when the inevitable hardships of the war world led to cruelty among Asia and its people.

The three young women holding hands in the almost ten-foot tall statue are from the Philippines, China, and the Korean Peninsula. The three girls are on a pedestal as a statue of an older “comfort woman” is standing on the ground, looking up at the girls.

When the idea of the statue was first approved, Osaka’s Mayor Yoshimura had warned if the Column of Strength was constructed, that he would “rethink” his city’s relationship with San Francisco.

Asahi Shimbun, a Japanese publication that reported on the same issue, confirmed Mayor Hirofumi Yoshimura’s statement. “Our relationship of trust was completely destroyed,” the publication quoted the mayor on November 23. “I will dissolve the sister-city relationship.”

The Osaka mayor had asked San Francisco Mayor Edwin M. Lee for a meeting to discuss the statue before its unveiling by email. But on November 23, the request was denied.

This isn’t the first time a ‘comfort women’ issue has been up for debate. The constructing of comfort women statues in, not only the U.S. but other countries as well, causes conflict and dishonor within Japan. At the beginning of the year, Japan temporarily recalled its ambassador to South Korea because of a comfort women statue that was erected in the South Korean city of Busan.

It had been agreed between Japan and South Korea back in 2015 that the issue of ‘comfort women’ would be “irreversibly resolved” if Japanese officials issued an apology to South Korea and also created a fund to help victims of sex trafficking. Despite this, the controversy around comfort women is still an incredibly sensitive subject in Asia today.

The dissolving the sister-ties is also a symbolic one. Although San Francisco has 18 other sister cities across the globe, Osaka was its first. The relationship was sealed in 1957, just 12 years after deadly American air raids destroyed about a third of the city and killed thousands of citizens. The union was made as a diplomatic experiment, with the hope to signify that even a malicious war couldn’t completely erase goodwill and and peace.

Mayor Yoshimura intends to sever the 60 year old sister-tie with San Francisco officially by the end of this year.

There’s yet to be any word from the San Francisco mayor’s office regarding the statue’s controversy or Osaka’s cutting ties with the city.