Why We Still Love Chris Kraus's 'I Love Dick' 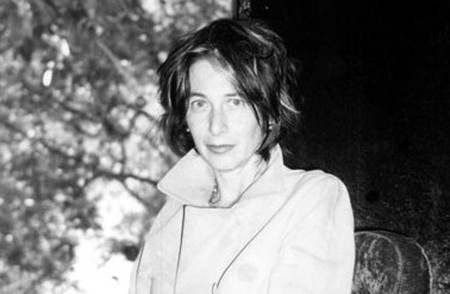 I Love Dick, the debut novel from artist and essayist Chris Kraus, will celebrate its 20th anniversary next year. Surprisingly, it wasn’t until this year that her cult classic was published in a UK edition. Here’s why we’re celebrating.

In I Love Dick, Chris Kraus chronicles the obsessive relationship between a character named Chris Kraus and a college professor named Dick. In a text that expertly mixes fiction, memoir and theory, readers are given a window into the nature of infatuation and the distinct hierarchies that define male and female relationships.

I Love Dick is centered around an evening that Chris Kraus spends with a roguish college professor named Dick and her then-husband, Sylvère Lotengere. That evening, Kraus experiences an intense emotional reaction to Dick, describing her encounter with the professor as a ‘conceptual fuck’ to her husband when they leave Dick’s house the next day. Sylvère and Chris have been married for 10 years and their relationship has ceased to be sexual. Intrigued by the emotion and passion that this encounter ignites in his wife, Sylvère joins Kraus in writing letters to Dick, a mode that quickly moves from authentic to a performance piece.

The nature of Chris Kraus’ obsession with Dick transforms her, at first, into the ultimate anti-hero. She is vulnerable and obtuse, desperate and driven. Whilst the urgent tone of her initially unsent letters to the professor makes the reader cringe, by the end of the first section(‘Scenes from Marriage’), the daring and unconventional method of declaring her love to a man she barely knows – in tandem with her husband, no less – starts to inspire a certain respect.

The second section – ‘Every Letter is a Love Letter’ – sees Kraus leave Sylvère, while her obsession continues. This culminates in Kraus spending the night at Dick’s house again, this time alone. Over an evening, Dick simultaneously permits Kraus’s conduct and remains passive to it, rendering her powerless at the very moment that she seems to have reached the end of her quest.

Do you want to have sex or don’t you?

You [Dick] said: “I’m not uncomfortable with that idea.” 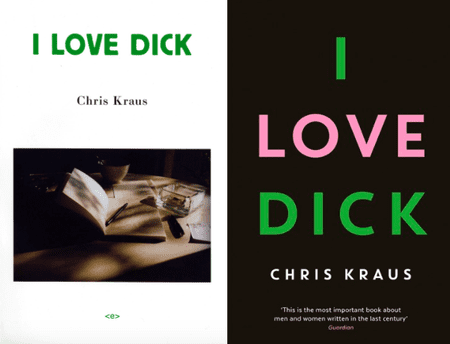 And yet, for all that, her deliberate and unwavering commitment to exploring the situation that she has instigated transforms to become a powerful two fingers up to the male-dominated arena of romantic love.

That the literary canon has long been monopolized by men is nothing new, but Kraus explores it within a new context. How many writers are revered for their impassioned, longing notes dedicated to women they have never met or barely know? Think of Donne’s wry verse, Shakespeare’s oft-quoted sonnets, or indeed Hopkins’ desperate cry to a God he cannot reach in ‘I Wake and Feel the Fell of Dark, not Day’:

To dearest him that lives alas! away.

Kraus subverts the form – “But all I want right now, if nothing else, is for you to read this, so you’ll know at least some of what you’ve done for me” – and in doing so becomes an object of ridicule for the men who otherwise exult the nexus of literary lust.

Indeed if readers have an initial, almost visceral reaction of repugnance to Kraus’s text, that seems to be exactly the point. To be female and to create from a personal basis is to be hysterical, gauche and uncouth. Kraus rightly confronts the reader with this reality. Her agile prose weaves in theory and analysis that spans R.B Kitaj exhibitions, Flaubert’s Emma Bovary, the work of Hannah Wilke and schizophrenia. The disparate strands work to reflect Kraus’s insightful mind, her forceful probing and her contemplation of the world as it stands.

Throughout it all, Kraus is funny. She is self aware and sharp, eloquent and elegiac – a book you pick up but won’t put down until you’ve finished and then won’t stop thinking about it when its down. In her examination of infatuation she has created an object that inspires fanaticism.