Why Even The Cheeriest Clowns Probably Freak You Out 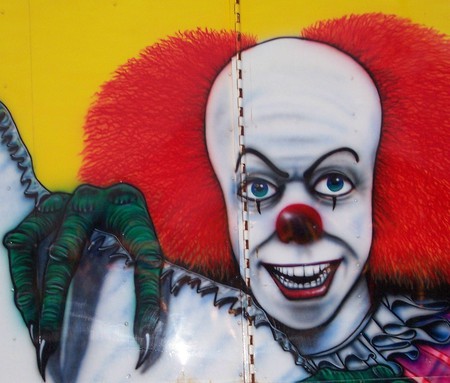 Here’s the thing about clowns: They’re supposed to entertain you. They dress in colorful costumes, wear cheery red noses, and make balloon animals. Your parents didn’t hire a clown at your childhood birthday party to terrify your friends. But, alas, things aren’t always perceived the way they’re intended…

The United States has seen a surge in “creepy” clown sightings since August. Target, one of America’s top retailers, pulled clown masks from its shelves this year amid widespread concern related to the sightings. Even the World Clown Association got involved (Yes, you read that correctly), condemning the spooky pranksters for tainting the characterization of clowns.

People who’ve encountered these clowns — sometimes standing along a dark road, or behind school buildings, or (probably most disturbingly) on home surveillance cameras — are not too keen on them lurking around, even if some of them do look perfectly jubilant. Friendly, well-meaning clowns have inadvertently landed in the middle of this madness. Some now live in fear that they’ll be attacked on their way to perform. Judy Quest, who has been a clown for 35 years and trained hundred of others, expresses extreme concern over these “bad clowns.” They present a real threat to the profession she holds dear.

“It should be stated that these people are not clowns, they are impostors. They wear masks rather than makeup, and they bring fear, not fun,” Quest wrote, in a piece for CNN. “A real clown is a person who is part of a long, long tradition. We go to school to learn our makeup, costume and craft. Our only goal is to bring joy and laughter to the world.” 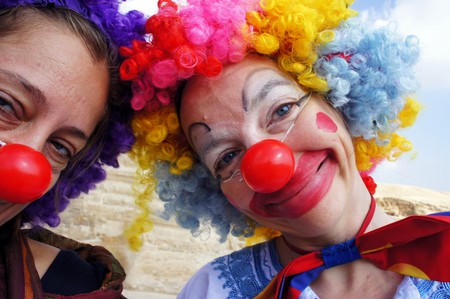 Not since Stephen King’s 1990 thriller It have the usually whimsical entertainers evoked such fear in children and adults alike. But the things that make many of us uncomfortable with clowns are pretty universal and may date back to the beginning of human entertainment.

“Clowns, as we think of them today, are in some ways a manifestation of a performance character that seems to have existed in one form or another ever since humans had the luxury to be entertained,” Joe Gillard, history researcher and founder of HistoryHustle.com, told Culture Trip. “Some people speculate on the notion of bad clowns, or evil clowns as an exaggeration of the seemingly selfish and impulsive nature often present in the character, who seems to get away with all kinds of mischief.”

The Psychology of Fear

Coulrophobia is an extreme, anxiety-inducing fear of clowns. It’s one of the more common phobias, but people don’t have to have a clinical fear to be uncomfortable with clowns. Just ask the 400,000+ people who liked the not-so-subtly named “I Hate Clowns” Facebook group. The page hasn’t been updated recently, but that doesn’t stop people from sharing their thoughts in the comments section.

“They all lie. The smile painted on their face is a lie,” writes one commenter. “Their real mouths never look anything like that fake smile. Once I noticed this as a kid when I saw a clown close-up at a circus, I knew I could never trust one. They were tricking children, & that had to mean they had an ulterior motive. Yeah. Pennywise is not the exception.”

Pennywise is the clown that appeared in Stephen King’s It. He wasn’t the light-hearted clown you saw at your childhood parties. His appearance was far more sinister, as were his actions. Pennywise and clowns like him, many of whom have been terrifying American neighborhoods, negatively appeal to our innate discomfort with unfamiliarity. Our brains have an expectation when it comes to what human faces should look like. So, when approached by colorful clown faces, some of our brains simply do not compute. That, paired with these figures appearing rather suddenly in everyday settings, makes for some pretty frightening scenes.

“From a psychological perspective, the unknown is the most frightening thing possible,” leading clinical psychologist and horror novelist Dr. John Mayer, told Culture Trip. “Think about the scariest horror movies. They are the ones where the evil was not seen. What is behind the makeup and costume of the clown is unknown and, thus, scary.”

Of course, not all of it stems from fear of the unknown. As Dr. Mayer points out, environmental factors contribute to our discomfort. Movies like It and serial killers like John Wayne Gacy, who dressed like a clown to lure his victims, have become part of the cultural lexicon. The jovial nature prescribed to clowns has changed as a result.

As for the recent creepy clown sightings, there are entire Instagram and Twitter pages dedicated to the phenomenon. And the sightings are gaining momentum outside of the U.S. as well. The important thing to remember, though, is that most of these clowns are just silly pranksters and pose no real threat. So, go ahead. Walk in the opposite direction if you see fit. But please, don’t hurt them.