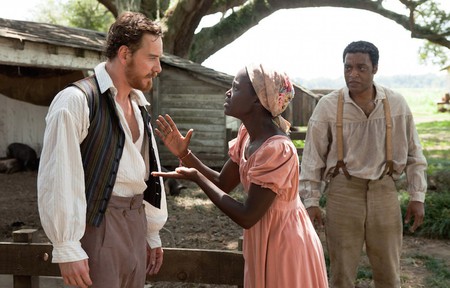 The slavery film is an underpopulated school of cinema. Steve McQueen’s Oscar-winning 12 Years a Slave, and its older brother, the 1977 series Roots, were important works, but neither was an original representation of slavery or history.

When Roots: The Saga of an American Family by Alex Haley was published in 1976, it was greeted by waves of attention and immediate success. Within a month of its publication, it climbed to the top of The New York Times Best Seller List, where it stayed for another ten months in the non-fiction category.

The book’s popularity increased when it was adapted into the TV miniseries Roots, broadcast on ABC in early 1977. The series, produced by David L. Wolper, was a resounding success, attracting an incredible 100 million viewers and becoming “the event that made television history.”

The story in the book and film is certainly representative of what many black people or families went through when they were sold into slavery. It is also shocking (to a contemporary audience): a young Gambian boy, named Kunta Kinte, is abducted by several white men near his village in the Gambia, and taken by force to the United States to work as a slave.

The saga of his descendants unfolds gradually, featuring heart-wrenching failed escapes and bloody scenes of torture that inevitably follow bouts of yearning for freedom; there are whippings by vengeful white plantation workers. The plantation owners’ wives are indifferent. A widespread sense of impotence colors most scenes.

For those who have not seen Roots, the plot may still read like a familiar story. Black British director Steve McQueen’s 12 Years a Slave may start differently, but it follows a similar trajectory to Roots. Solomon Northup, a free black man, is abducted and sold into slavery, He endures 12 years working on various plantations in Louisiana.

The greatest difference between Roots and 12 Years a Slave is that while David L. Wolper brought together a cast of passionate, enthusiastic individuals eager to spread the story, McQueen decided to cast brutality in the main role.

While Roots follows the complex process of its protagonists’ development as men and women, and conveys profound emotion in an exemplary show of characterisation, 12 Years a Slave shocks and repulses, stings and shouts, and therefore attracts. The two productions, despite many similarities, represent two fundamentally different ways of conveying the same story – and neither is worse nor better than the other.

Each production seems to work toward and achieve different goals. As such, McQueen cannot exactly be blamed for his brutal portrayal of the times. Censoring the violence would completely defy the purpose of such a film. But using it indiscriminately, repeatedly, over and over again, just like the slavers themselves, to the point where the whip – and not so much freedom – becomes the dominant motif may not be the best way to educate the public.

Roots, on the other hand, educated a whole generation. Actor Sandy Duncan, who played Missy Anne Reynolds, said in an interview: “I almost think it should be required viewing” in schools. Indeed, the series outlines the development of an era in history: a tragic era that needs to be studied. McQueen seems to convey a moment, a single story caught in time; David L. Wolper puts a whole history in motion.

But is this all there is? A choice limited to a brutal feature that singles out one individual, or a 540-minute, near-educational series from 1977?

According to Henry Louis Gates Jr., McQueen’s historical consultant on 12 Years a Slave, only about 200 accounts of slavery by fugitive slaves have been published. The fact that only two of them – Solomon Northup’s 12 Years a Slave and Alex Haley’s Roots: The Saga of an American Family – managed to attract popular attention and enter mainstream media may be somewhat dismaying for such a monumental and abominable chapter in the world’s history. After all, Spielberg’s Amistad (1997) and Lincoln (2012) are essentially ‘white’ accounts of slavery, Tarantino’s Django Unchained (2012) is fictitious, and Gone With the Wind (1939) fostered existing stereotypes.

What is striking is that these two mainstream productions – and no others – keep coming back to television and cinemas. Even 12 Years a Slave is far from original; the first autobiographical film based on Northup’s book and story, Solomon Northup’s Odyssey, aired on PBS in 1984. Even Roots is being remade. Rumour has it that History has bought the rights to recreate the legendary series. It would seem, then, that this is all there is.

Strangely, then, the history of slavery as seen through slaves’ eyes is, simultaneously, over- and underrepresented. Two pairs of eyes dominate the whole picture, and other stories, it seems, are nowhere to be found. Two books, and the two productions that accompany them, seem to form the crux of public opinion – and this, again, signals underrepresentation. LeVar Burton, the actor who played Kunta Kinte in Roots, suggested in a 2004 interview that “the standard of excellence that was raised to such a phenomenal level by the writings of Alex Haley, the works of David Wolper – that bar has now descended appreciably.”

Although the screen may disappoint, literature promises a much more profound, comprehensive view of the issue – as provided by the victims themselves. Northup’s 12 Years a Slave is indeed a great, compelling read; Haley’s Roots: The Saga of an American Family is, too, but it’s difficult to look at it the same way since Haley was accused of plagiarism, despite his claim that 12 years of rigorous research had gone into the text.

As well as these two bestsellers, there is the lesser-known but no less touching Incidents in the Life of a Slave Girl, the memoirs of Harriet Jacobs; Narrative of the Life of Frederick Douglass, an American Slave, the abolitionist’s autobiography; Narrative of Sojourner Truth, an inspiring story of slavery and liberation written by the eponymous slave and free woman; and an ambitious series of interviews with over 2,000 former slaves entitled When I Was a Slave: Memoirs from the Slave Narrative Collection.

So, amid all the attention-grabbing and tear-jerking scenes of bloodshed and brutality in McQueen’s film, there may still be some room for an empathetic connection with the actual protagonists of the tragedy.

Indeed, all these films and books accomplish a mission by painting a series of unique images of America’s shameful past. Read and watched in unison, they offer a glimpse – still only a glimpse – into this past. But it is only in unison that they can achieve this.

Those visiting Henning, Tennessee, in search of the background to Roots, may wish to step out of the screen and literature-based accounts and explore one landmark that is particularly interesting and genuine. It is the Alex Haley Museum, the childhood home where in the 1920s the writer listened to his grandmother’s stories about his ancestors. The Palmer House, as it was then known, was considered unusual: beautifully decorated and spacious, with French doors and imported furnishings, it was not a stereotypical black person’s house at the time.

After Haley’s childhood, the house was sold and passed from family to family, from 1949 until 1977. When Roots became an international hit, Haley reacquired the house. He and his brother reconstructed its furnishings and décor as they once had been from their memories. It may not be exactly as it used to be – especially if we consider Haley’s somewhat loose imagination – but the humble little house has the ability to transport its guests back in time, to an era where stories were passed from generation to generation, and where a great sense of pride in these stories lent the house a palpable spirit.