'Whitney: Can I Be Me' Dispels One Important Myth About Whitney Houston 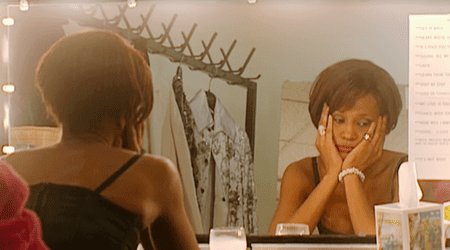 In the opening scenes of Nick Broomfield’s moving new documentary about Whitney Houston, one of her associates laments that she died ‘from a broken heart’.

We all know, of course, that the official cause of her death was from accidental drowning, with cocaine and heart disease cited as contributing factors. The singer was found slumped in her bathtub in the Beverly Hills Hilton on February 11, 2012. Her death was shocking, but after a history of battling drug addiction not entirely unexpected, sadly.

Houston was one of the most successful female vocalists of the 21st century. She was the first black artist to truly be taken on board by a mainstream white audience. With her distinctive and powerful voice, she paved the way for acts such as Beyoncé and Rihanna, forging ahead with number one after number one. That is, until her career was derailed by substance abuse.

After her death all fingers pointed to ex-husband Bobby Brown. This was a man who proudly referred to himself as the ‘original bad boy’. The narrative of a clean-cut pop princess corrupted by a rapper, who introduced her to drink and drugs, has long endured. But Whitney: Can I Be Me picks through the tabloid headlines and rumours, to deliver a well-balanced portrayal of a woman who was ultimately torn apart by pressure from those around her to conform and keep churning out the money.

In the film, which uses footage from music video director Rudi Doleful of Houston’s 1999 tour, the blame largely falls on Houston’s parents. Her stern mother, Cissy, is painted as a controlling tiger-mum, who projected her own failed ambitions to be a professional singer onto her daughter. While her much-loved father, John ended up suing her on his deathbed for $100m.

Ultimately, their main failing was not intervening when it became clear Whitney was a drug addict. Minder David Roberts, who jokingly (we think) refers to himself as the original inspiration for Houston’s hit movie The Bodyguard, co-starring Kevin Costner, took it upon himself to try to protect the singer from herself by writing a detailed report to her family, alerting them to the fact she needed help. 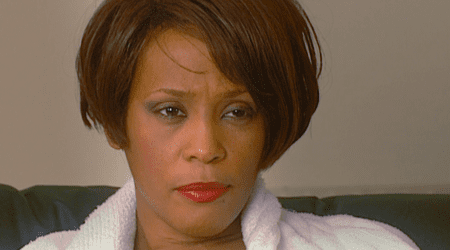 He was immediately fired.

The documentary also details a quieter tragedy, but no less devastating – Houston’s long-rumoured lesbian relationship with her closest friend, Robyn Crawford. She is depicted as a much-needed stabilising influence on Whitney’s life, but homosexuality, especially in the black community back then, was never mentioned, let alone accepted. Houston was forced to distance herself, especially when the tabloids started to suspect something was going on and her mother made her disapproval clear.

Robyn held on and stayed for another nine years after Houston married Brown, but was ultimately forced out. It was then the singer’s drug use started to spiral out of control. Her daughter Bobbi Kristina, who died a few years after Whitney, didn’t stand a chance.

Whitney: Can I Be Me paints a picture of a sweet, charming woman who turned into a cash cow for those around her. As one record exec said, Houston was desperate to be liked. This need to please everyone around her was ultimately why she ended up trying to numb her broken heart alone in a hotel room in Los Angeles.

Whitney: Can I Be Me is in cinemas now.