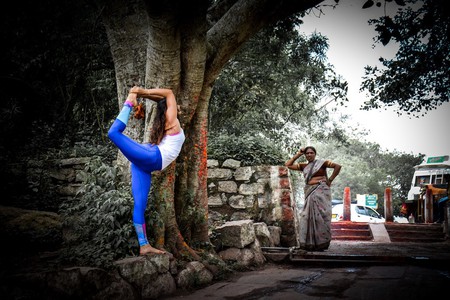 According to the Yoga Journal’s 2016 Yoga in America study, more than 36 million people in the U.S. regularly practice yoga—many, if not the majority of them, white. In a recent article, two academics from Michigan warn that this commercialization of an ancient Indian practice amounts to cultural appropriation, stating that it’s “a continuation of white supremacy and colonialism, maintaining the pattern of white people consuming the stuff of culture that is convenient and portable, while ignoring the well-being and liberation of Indian people.”

Yoga first arrived in America in 1893 with a visit from guru Swami Vivekananda, and was eventually adopted at a scale nobody could have predicted. The past decade in particular has spawned every imaginable iteration of the practice, from candle lit hip hop yoga to mountainside “snowga.” Neighborhood studios are full of young white women, many of whom, it’s fair to assume, practice yoga primarily for the lauded health benefits.

While you’ll usually hear sanskrit names for at least some of the poses, it’s more rare for the teacher to include a lecture on the Yoga Sutras (the definitive yogic text, outlining guidelines for a meaningful life) or provide more than the most basic cultural context to the poses. And therein lies the problem, say Shreena Gandhi, a religious studies professor at University of Michigan State, and her associate Lillie Wolff: “When ‘Western’ yoga teachers train other practitioners to relate to yoga only on a physical level, without exploring the history, roots, complexity, and philosophy, they are perpetuating the re-colonization of it by diluting its true depth and meaning.”

Instructors do understand the spiritual and cultural lineage of the practice—the average 200 hour yoga teacher training program in America includes lessons on the 5,000 year history of yoga—but if the majority of your students have shown up to get a workout and de-stress, maybe it’s easier to tell them something that vaguely alludes to new age spirituality, like “set an intention for your practice”, than to launch into a speech about the eight limbs of yoga. But despite the challenges, instructors and studios should do their part to make the class pass crowd aware of yoga’s origins, say Gandhi and Wolff: “First, they can be aware of the history, roots, and magnitude of the practice and give credit where credit is due. Humility, respect, and reverence go a long way. More yoga teachers and studio owners need to create space for conversations about cultural appropriation and cultural accountability.” 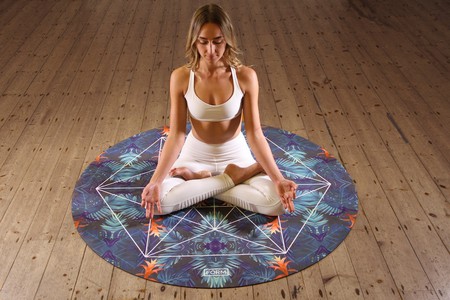 The pair are right to assume that the majority of western yogis were drawn to the practice for health purposes—yoga asana (the physical poses) happens to have benefits that span everything from increased flexibility and strength to lower blood pressure—but their reasons for showing up to the mat inevitably change over time. As their affinity for the practice increases, so does their curiosity, which is perhaps why so many feel called to sign up for yoga teacher training—for every qualified teacher there are two currently studying for their certificate.

In writing their article, Gandhi and Wolff are not trying to dissuade white yogis from practicing, but they are asking for this typically compassionate, environmentally and socially mobilized community to be better: “Despite our best values and intentions as individuals, our actions (and inaction) are inherently connected with a system of power, privilege, and oppression. If we want to honor the full yoga tradition and live into our values of love, unity, and fairness, we must examine the ways we are upholding ‘business as usual’.”