Where to Go to Enjoy a White Christmas in the U.S. this Year 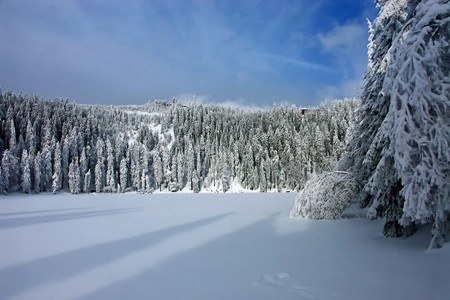 Let’s be honest, almost all of us are dreaming of a white Christmas. But the chances of finding snow during the holidays alters dramatically depending on where you’re based. In the U.S., a large country with much-varying weather, you can tip the odds in your favor by taking note of the various sets of data out there to help you pick which state or city to visit this holiday season.

Perhaps the greatest help of all is the map below, which shows the historical probability of there being snow at Christmas across the U.S. The National Oceanic and Atmospheric Administration map reveals that Minnesota, Maine, Upstate New York, the Allegheny Mountain of Pennsylvania and West Virginia, the Rockies or Sierra Nevada Mountains and anywhere in Idaho, are good bets if you’re looking for a white Christmas. 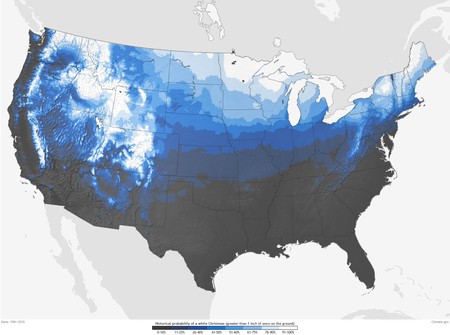 The historic chances of snow at Christmas | © NOAA Climate.gov

Diving even deeper into data, Accuweather has revealed the cities in the U.S. you can visit with the highest chance of snow on December 25. The best city to head to for a snowy Christmas is Minneapolis, which has a 77% chance of having at least one inch of snow this year. The average snowfall in December for the city is 11.5 inches, and the most snow they’ve ever had at Christmas was in 1945 when 9.6 inches fell. 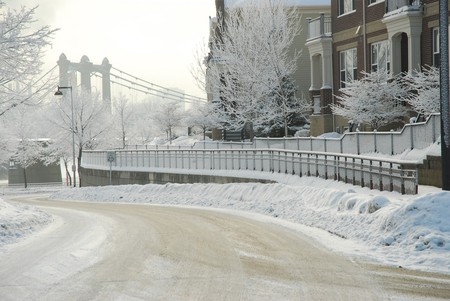 Denver has the second highest chance of seeing snow at Christmas, according to Accuweather. There’s a 50% chance of the Colorado city enjoying a white Christmas. The most snow Denver has had on Christmas day was 7.4 inches in 2007, and it has an average December snowfall of 8.7 inches. 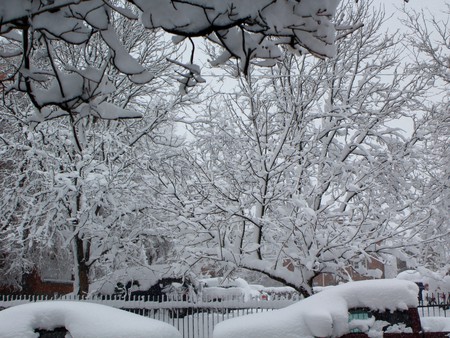 Milwaukee in Wisconsin is the third best bet, with a 47% chance of a white Christmas. The city usually gets an average of 10.6 inches of snow in December. And Detroit and Buffalo make up the list of the top five. 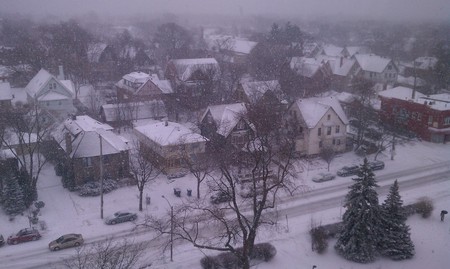 Milwaukee in the snow | © marctasman/flickr

So if you’re making a last-gasp dash to find snow this Christmas, make sure to check the data first, and head to some of the amazing destinations.