What They're Watching in the United States This Spring 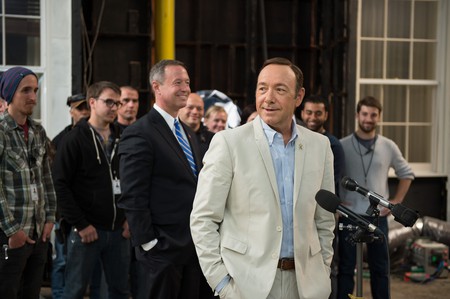 The United States is one of the most media-heavy countries in the world. From television programs and streaming series to record-breaking films, here’s what Americans are watching this spring.

Orange is the New Black

Based on the true story of former female prison inmate Piper Kerman, Orange Is the New Black (OITNB) has captivated audiences since it first came out as a Netflix original series. It premiered on July 11, 2013, and was renewed for a fifth, sixth and seventh season in February 2016. The series follows main character Piper Chapman (whose role mirrors that of real-life Piper), played by Taylor Schilling, as she serves a 15-month sentence at Litchfield Penitentiary for drug smuggling. The show features the backstories of other inmates and the prison staff, adding a personal element that keeps audiences engaged. The corruption, guard brutality and other illegal and indecent behavior are exposed throughout the series, including many of the lesbian relationships that develop between the female inmates. Season 5 is set to hit Netflix on June 9, 2017.

The NBC series This Is Us tells the story of Jack and Rebecca Pearson, along with their triplets: Kate, Kevin, and Randall. The Pearsons adopted Randall, an African American, as an infant, and he grew up never knowing his biological father. The rebuilding of their relationship contributed to many of the emotional elements that kept fans invested during the first season. The family-friendly series toggles back and forth between the 1980s and 1990s to present day, sharing each character’s personal struggles and the way they are all connected. NBC renewed the series for a second and third season in January 2017.

Guardians of the Galaxy Vol. 2

Based on the Marvel Comics superhero team, Guardians of the Galaxy, the second volume of the film with the same name was just released. The Hollywood premiere was on April 19, 2017, and the U.S. release took place on May 5, 2017, in both 3D and IMAX® 3D. It has already grossed more than $600 million worldwide, coming in as the third highest grossing film of the year. The film stars several high-profile actors, including Chris Pratt, Vin Diesel, Bradley Cooper, Zoe Saldana, and Sylvester Stallone. Guardians of the Galaxy Vol. 3 is currently in development.

After more than 13 years, The Bachelorette is still a Monday night must-see. The reality dating show was originally a spin-off of The Bachelor, reversing the role of a single man looking for love to a single woman. Every season of the show has ended with a marriage proposal, but only three relationships have resulted in marriage. Season 13, which premieres on May 22, 2017, is making history, as it will be the first time an African-American contestant, attorney Rachel Lindsay, has been chosen as the bachelorette.

She rose to the top. 🌹 Here's a peek at Rachel's key art as #TheBachelorette!

A Netflix comedy series created by Kay Cannon, Girlboss is based on the autobiography (titled #GIRLBOSS) of Sophia Amoruso, who founded the women’s online fashion store, Nasty Gal. It was announced in January 2015 that Amoruso was stepping down as CEO of Nasty Gal, and in November 2016, the company was reported to be filing for Chapter 11 bankruptcy. Netflix released the first season of the television series on April 21, 2017.

A new dance competition series, World of Dance, is coming to NBC on May 30, 2017. The series, which has partnered with global dance brand World of Dance, will host competitions where solo dancers compete against duos in a variety of dance styles. The show, hosted by Jenna Dewan-Tatum, will feature executive producer and judge Jennifer Lopez, Derek Hough, and NE-YO. There will be three different age divisions for dancers, who will be judged on performance, technique, choreography, and presentation.

The very first reality dating show, which originally aired during the ’80s and ’90s, is back. On May 25, 2017, Love Connection will premiere with Andy Cohen (Watch What Happens Live) acting as host. The show will feature singles in search of romance who go on three blind dates. Each contestant will then discuss with Cohen, in front of a live studio audience, how their dates went as they decide who (if anyone) they’d like to see again.

Political drama House of Cards is a Netflix television series based on the novel by Michael Dobbs. The show is set in Washington, D.C. and follows Frank Underwood (played by Kevin Spacey), a politician from South Carolina’s 5th congressional district. After not being considered for Secretary of State, Underwood develops a plan to advance his political career, and power, even further. The primary themes in the series revolve around manipulation, pragmatism, and power. Netflix will air season 5 on May 30, 2017.