What It's Like To Wear A Hijab In America Right Now 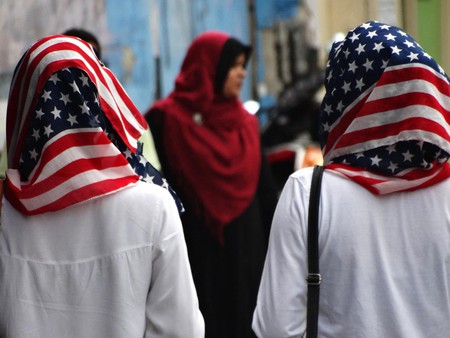 When the United States elected as president a man who promised to ban Muslims from entering the country, millions of Americans had cause to worry about their style of dress. Passports, driver’s licenses, social security cards do not list a person’s religion. However, other signifiers, like a hijab, identify Muslim women as such. The personal is political, and has been for quite some time, but right now, style of dress makes more than a political statement. To wear a hijab under the reign of Trump indicates a so-called “otherness” easily visible to all Americans. Although Trump has since replaced the Muslim ban with a so-called “extreme vetting process,” according to The New York Times, the anti-Muslim sentiment remains intact. So, the question becomes, what’s it like to wear a hijab in America, right now? Culture Trip investigates.

“My hijab is part of my identity,” explains Makida Bey, Founder and CEO of the Resilience Therapy Center in Columbia, Maryland. “It is more than simply something I wear to match my outfits (although it does enhance them, in my opinion). Trump’s comments about keeping Muslims out of our country, and making those in the country somehow ‘register’ is a ridiculous notion at best, and at worst puts us back into the shameful acts of the past. Sure, I could remove my scarf out of fear and save myself from the issue, but then what? The only way to live is to be authentically me. So I go out into the world knowing who I am and what I am capable of, without fearing what others think of my attire.” 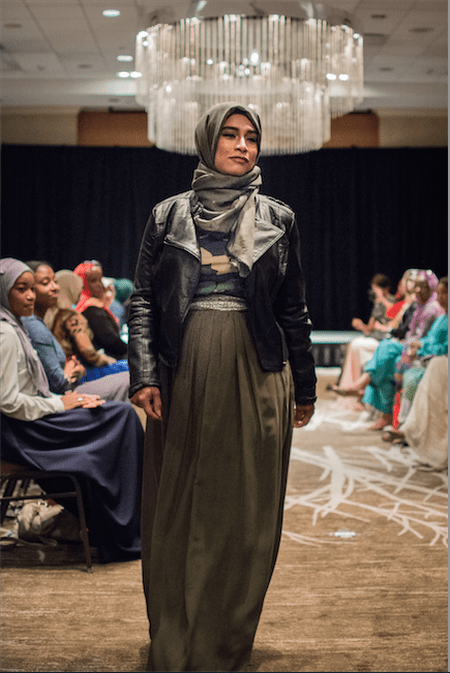 Bey’s comments here speak to the intimate connection between self-possession and one’s personal possessions, as who people are is often conveyed with what they wear to present themselves to the world. “Fashion has to do with ideas, the way we live, what is happening,” said Coco Chanel. And, as such, fashion is emblematic of choice.

But did you know, so is the hijab?

New York high-school senior, Youdane Maman-Toure explains. “Wearing a hijab wasn’t really my idea. When I was younger, I always resented it because I didn’t want to fit into the general stereotypical image of a quiet, submissive Muslim girl. That’s what I saw the hijab as: a sign of submission. Yet, when I started to wear one, my perception of the concept completely transformed.” As she grew older and came into her identity as a young woman, Maman-Toure began to see the hijab as a choice. She says, “Now when I wear my hijab, fellow Muslims greet me in the street with a smile. I began to feel as part of a community, reveling in the satisfaction of knowing that a stranger shares my beliefs. To wear the hijab is a choice. It is a choice that no one should take away or impose. Those who force Muslim women to remove their hijabs are just as immoral as those who force Muslim women to wear it.”

Colorado native Nura Afia, 24, a Muslim beauty vlogger behind viral makeup tutorial videos, was named CoverGirl’s latest ambassador earlier this month. “While there was a lot of content focused around fashion and how to dress, there were still very few videos out there for the massive audience of observant Muslim girls who love beauty and are constantly on the hunt for cosmetics,” Afia told The New York Times. Wearing a hijab, she will appear in commercials as well as a billboard in Times Square, New York, sporting the new So Lashy BlastPro mascara, alongside Sofia Vergara and the Katy Perry. “I was ecstatic when I heard about the new CoverGirl cover girl,” says Medina Shah, a 17-year-old from New Jersey. “Finally, Muslim women are getting the positive attention they deserve. Every day, the media portrays us as oppressed or somehow beneath ‘our men.’ But that is completely false, and that is not what the hijab is meant to convey. Women decide for themselves whether or not to wear the hijab, to make their sexuality private and to underline their intelligence and character over physical appearance.”

“A woman’s hijab, like a nun’s habit, or a jewish man’s ya mica, is a symbol of your belief and dedication to that belief,” says Bey. “I recall reading an article just recently about the Duchess Camilla visiting the United Arab Emirates, and she was escorted by an all-female guard. She was ‘delighted’ to have such strong women watching over her. Apparently, three of the women photographed with the Duchess also climbed Mount Everest.”

Bey continues, “These are the kinds of women I see with strength and dignity that goes beyond what they wear. In America, too much stock is placed on physical beauty. It would do us all good if more was placed on intellectual strength and resilience.”

Shah, as a young woman about to emerge adolescence agrees. “For me, wearing the hijab was the best decision I’ve ever made, and has propelled my growth beyond what I could have expected. With it, I feel more empowered, I attract good people into my life for the right reasons, and in all honesty, I feel more beautiful in it.”

Another thing to understand about women who wear a hijab is that there is diversity in the women who wear it. Jenny Triplett, originally from Saginaw, Michigan, is a media personality, and co-host, along with her husband, Rufus, of a lifestyle TV show out of Atlanta, Georgia. Triplett is an African-American hijabi, who struggles with a public that doesn’t know what to make of her. She’s all good, however, with educating others on her identity. Triplett argues there’s a dearth of African-American hijabis, and “although we [African-American hijabis] have been here for years, our voices haven’t been heard. People look at me and can’t figure out what my imagery is.” 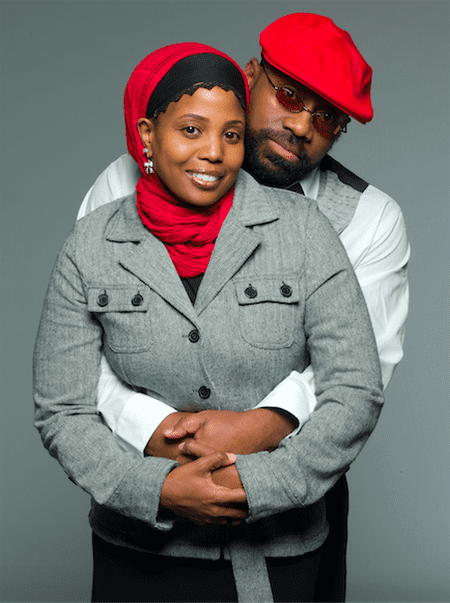 “We empathize with our Muslim brothers and sisters,” Triplett says, “but we can’t deny our blackness. When people look at us they see more black than Muslim.” 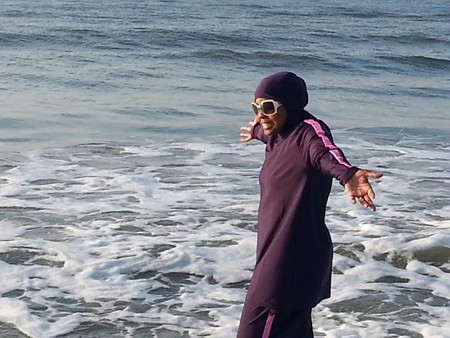 The legacy of being African-American includes having “been in the trenches before, fighting for rights in this country,” says Triplett. So, in Trump’s America, she is unafraid of discrimination she might face because of her hijab. Laughing, she says, “I wish somebody would snatch off my hijab, but they wouldn’t dare.”

Modesty is altogether different from submission. Shah elaborates. “Just because we cover our heads and dress modestly, doesn’t mean we can’t feel good about how we look. The CoverGirl campaign has helped women (and men) put aside their differences and celebrate a common love for beauty. And as an American high school student, that is something that I and several other young Muslim women can relate to, especially with one of our sisters representing and leading it.”

To boil wearing a hijab in America to a singular experience is not only reductive, it’s unAmerican, something to bear in mind as the country prepares to live under a Trump presidency.