What Causes Blue Holes in the Ocean – and Why Are Scientists Exploring Them? 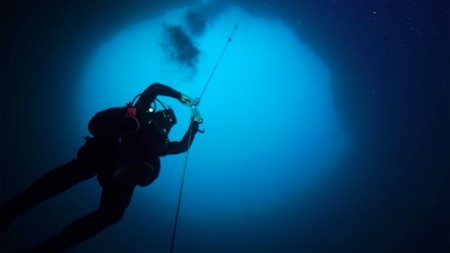 Scientists at the Mote Marine Laboratory & Aquarium, in Florida, are set to explore one of the deepest blue holes ever discovered. Culture Trip learns more.

Approximately 50mi (80km) off the coast of Sarasota, Florida, is a blue hole that begins 155ft (47m) below the ocean’s surface. While scientists didn’t discover it, they will be making an upcoming expedition this summer.

Funded by the National Oceanic and Atmospheric Administration (NOAA), a team of scientists from the Mote Marine Laboratory & Aquarium are set to trace the expanse of the blue hole, dubbed the Green Banana, to figure out what lies beneath the surface. They will travel down with a 600lb (270kg) prism-shaped lander in tow. 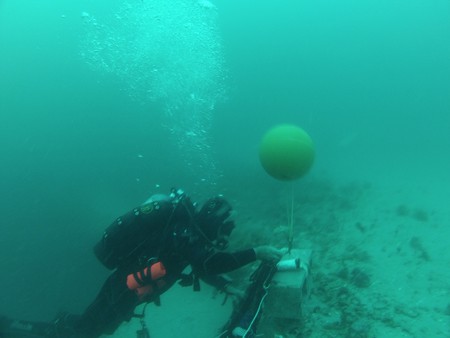 “This is exploratory research, so we do not have anything we ‘expect’ to find,” says Stephannie Kettle, a spokesperson for the Mote Marine Laboratory & Aquarium. “But we do have a variety of data that we plan to collect, including temperature, pH, nutrient levels, sediment cores and biodiversity surveys.”

This trip will be the first comprehensive study into the blue hole, one of the deepest ever discovered. Previously, only commercial fishermen and boat captain Larry Borden, who mapped it out in the early ’90s, have explored the area.

In Florida, sinkholes and springs form due to the collapse of the state’s limestone bedrock, which is very porous. “Florida’s landmass was much wider 8-10,000 years ago when sea levels were lower, so some sinkholes and springs that were once exposed are now covered by the Gulf of Mexico once sea levels rose,” says Kettle. “Blue holes are formed the same way a typical sinkhole is that you hear about on Florida’s mainland.” 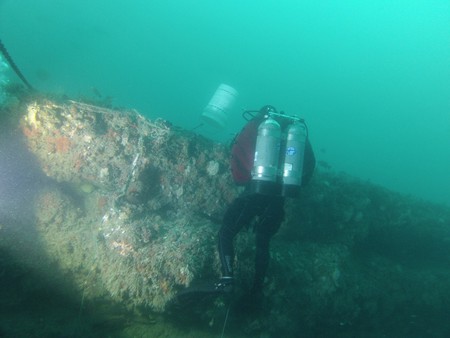 As for its moniker – the Green Banana – its origin is unknown. “Since many of these holes are discovered by divers or fishermen, they pick up nicknames by the first folks that are there,” says Kettle. “We can only guess that when this one was first described, someone perhaps saw a green banana peel floating by.”