What Came First: The City or the Food It's Defined By? 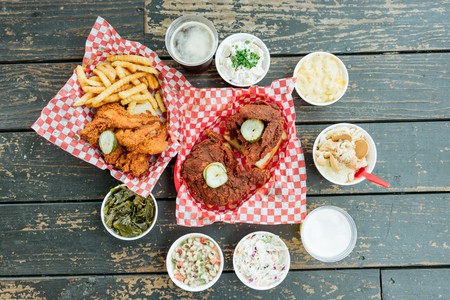 In a country as vast and culinarily diverse as the United States, there’s no way to declare a national dish. But many cities, regions and states have become known for certain cuisines, and those foods have, in turn, also indelibly influenced their place of origin.

Does food define a place, or does a place define its food? It’s an age-old question, as hackneyed as the chicken and egg debacle, and sometimes simply answered in brief: it’s symbiotic. Many cities and states across the United States have a requisite food attached to them. Some are merely explained by the region – lobster rolls are ubiquitous in Maine because of the state’s coastline – while others prove more complicated (how did pork rolls become the sandwich of New Jersey?). Culture Trip investigated how cities and their edible counterparts – pizza in New York City, barbecue in Texas, and hot chicken in Nashville – have influenced and impacted each other.

The cheeky and unexpected rise of hot chicken in Nashville

Before a car smashed into Prince’s Hot Chicken Shack in Nashville, Tennessee in December 2018, lines curled out of the unassuming shop full of eager fans itching to taste the famed, fiery hot chicken. Here, cooks would sink thighs, breasts and wings into bubbling oil, frying chicken until golden brown. Each piece would be daubed with a secret cocktail of blazing spices – from mild to the tongue-numbing extra hot – and served on two slabs of white bread crowned with a showering of pickle rounds and a tangle of crinkle-cut fries. 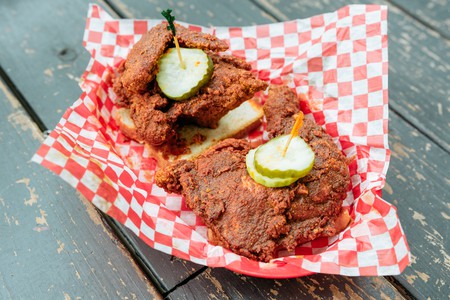 Although hot chicken is now ubiquitous in Nashville, the Prince family is credited as the creators of the dish. As folklore goes, Thornton Prince III was a bit of a ladies’ man. One night, after arriving home a bit too late, his girlfriend was particularly peeved and made him fried chicken doused in cayenne. It was a well-intended punishment that backfired; Prince loved it and ultimately opened Prince’s Hot Chicken Shack in 1945, serving the very same recipe.

For a long time, it was just Prince’s and Bolton’s (a competing hot chicken restaurant) fashioning this dish in Nashville. But over the last two decades, new restaurants like Hattie B’s Hot Chicken and Party Fowl have moved in. 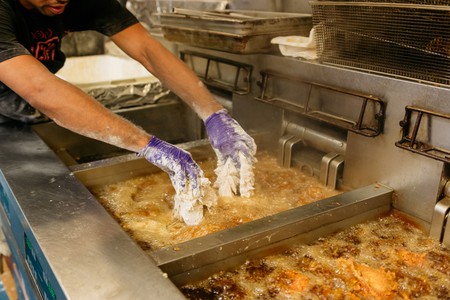 The dish isn’t merely served at restaurants dedicated to hot chicken; dive bars and fine dining venues have crafted their own iteration. Hot chicken has even been fused with other cuisines: it can be found swimming in bowls or ramen, tucked into Cuban sandwiches and squeezed into sushi rolls. 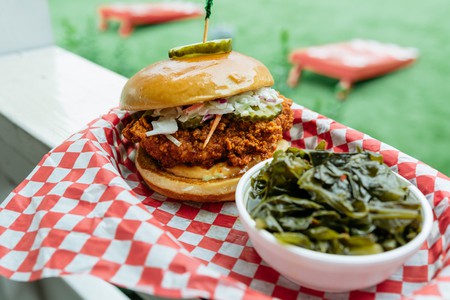 But even with more modern, novelty variations popping up, hot chicken has pretty much stayed consistent. Hot chicken is more than just sustenance –

it’s a dish that invokes a communal camaraderie and spirit, especially in Nashville’s black community where the dish got its start. It’s the kind of dish you sit down and eat with friends, family, a community, diving straight in with your fingers and together reveling in the inevitable pain and pleasure of tingling lips.

Barbecue has a similar neighborhood spirit, especially in Texas. Just as hot chicken is synonymous with Nashville, barbecue is etched into Texan tradition.

At The Salt Lick, a barbecue joint with locations outside of Austin, that practice is palpable. Owner Scott Roberts is the third-generation owner, and he’s long smoked meats using his families’ recipes. 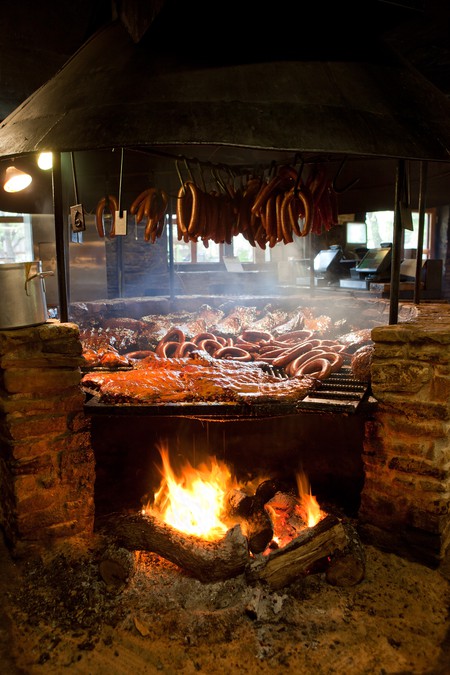 “Barbecue is in the blood of Texans,” Roberts says. “It’s a social event. People start smelling it, so your friends come over. You stand around the pit, drink beer and play guitar. When it’s finished, all your neighbors are invited over. And they bring side dishes and more beer and listen to music in the backyard. It’s part of the social fabric of Texas.”

It’s certainly a communal dish. At The Salt Lick, customers share long tables with strangers, gnawing at tender brisket and wrenching apart ribs. After the plates have been scraped clean, those strangers beside you might just be blissfully full friends.

“Texas defined barbecue more than the barbecue defined Texas because we had so many cows, and we had this brisket to get rid of, and it took a long time to cook the brisket,” Roberts says. “That’s how it became a communal dish. It was just a match that was meant to be.”

The New York lifestyle built out of the humble slice

There’s something deeply appealing about a dish that brings people together, born out of recipes and traditions that have been passed down from generation to generation, and that can be consumed by all types of people. In New York City, that “everybody gather ’round now” dish is pizza. 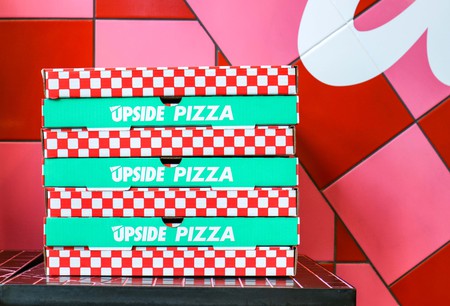 Pizza is permanently woven into the tapestry of New York City, a bubbling piece of the city’s multifaceted persona. There are nearly 2,000 pizzerias in New York City, some slinging Neapolitan pies and Detroit-style squares, while others preach that walk-in, grab-a-soda-and-slice mentality. There’s even the Pizza Principle, an economic theory that posits that a single ride on the subway will always equal the cost of a slice of pizza (currently $2.75, which generally checks out). The city’s food scene is malleable, absorbing and accepting of new styles.

A welcome addition to the pizza scene comes from Eli Halali and Noam Grossman, who run Upside Pizza in Hell’s Kitchen. The pizzeria fuses modern technique and top ingredients with the grungy soul of a walk-in slice joint.

Grossman argues that a city’s prize dish is all about location, location, location. Going back hundreds of years, people had to use what was readily accessible – the livestock surrounding them or what they were able to grow. And in New York City, that golden ingredient is the water.

“The water here is soft and makes an amazing crust and crumb,” Grossman says. “Why don’t you have great pizza in Miami or LA? They can get all the same ingredients.” 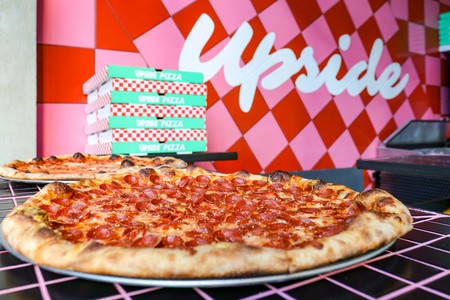 But narrow in to something niche like dollar pizza, and it’s actually the food that defines the place. No place has managed to popularize dollar pizza like New York City; thousands of tourists a year head to the city with one achievable dream: To wolf down a dollar slice in Times Square.

“The dollar slice helped define New York,” Grossman says. “You don’t really see that anywhere else because you need a certain demographic and density for these places to survive.”

Dollar slice joints that tout 99-cent slices often station themselves in highly popularized locations brimming with nightlife, like the East Village and Williamsburg. It’s not the best slice is town, but it’s cheap (in a city where almost nothing else is) and satisfying, and that’s what matters. 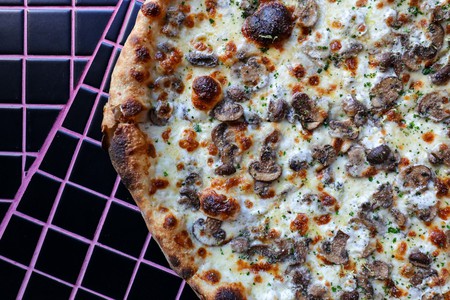