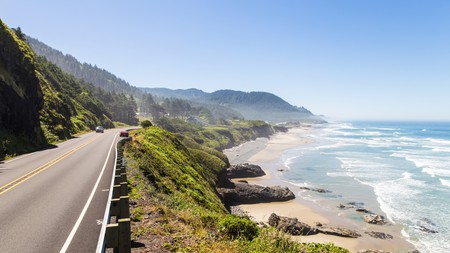 The West Coast of the USA lures in those longing for road trips. It is a region bursting with big promises, little quirks and everything in between. Here is the five-day route to take from Portland to San Francisco.

The long, Pacific-hugging West Coast covers three states, over 95,000mi (152,888km) and a whole heap of personalities. If there are two cities on this side of America that sum up the laid-back vibe, they are surely San Francisco and Portland. They also frame a particularly noteworthy stretch of America’s nature portfolio and are sensible hubs for starting and ending a road trip, thanks to well-connected airports, car rentals and everything you might need to stock up on.

Verizon Visa Card – the credit card with an impressive rewards program – will help you do just that. It is, after all, a card built for the way you live. The 635mi (1,022km) trip will take 10 hours if you go direct, but aim to take five days to lazily zig-zag from the coast through national parks. Freedom is the luxury of the road trip, but let this itinerary shape your days and let the security of Verizon enable you to relax into it.

Portland, in the heart of the Pacific Northwest, is a city that doesn’t have to work hard to win you over. Spend your day meandering through areas such as the Alberta Arts and Pearl districts to get a feel for the place. In Pearl, the wondrous Powell’s City of Books takes over the whole block, with more than 1m texts to browse. Pick wisely for camp-fireside reading in the days to come. As this is a city that’s big on its creative drinks, make time for the all-female distillery Freeland Spirits on Northwest Vaughn Street, which runs tours and tastings. Their award-winning spirits also come in pre-mixed cans, so with your books and your booze, you’re all set for the ride ahead. 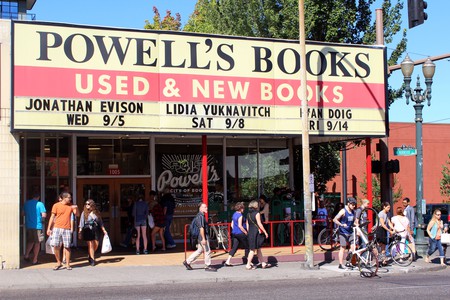 Head south from Portland to the Siuslaw National Forest Park. This forest-meets-beach spot is home to Oregon’s big and bouncy sand dunes, which run for 40mi (64km) down this drama-filled coastline, covering 31,500 acres (1,2748ha) of the national park. The largest expanse of temperate coastal dunes in the world, this wind and age-sculpted natural playground is the place to get a dose of Oregon’s natural wonders. The national park has close to 40 campgrounds so eke your day out lazing around the park before winding up around a campfire with those Freeland Spirits drinks, Powell’s books and good company. 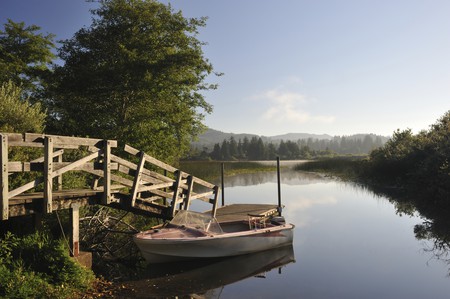 Sutton Lake, in Oregon, is ideal for kayaking and fishing | © aimintang / Getty Images

Head inland from the coast and spend the morning hiking to the Tamolitch Blue pool, where the water’s underground encounter with lava rock has created a bright, iridescent swimming spot. Continue on for lunch in Bend; at the foot of the Cascades, it draws in adventurers and brewers. Eat and drink at the Crux Fermentation Project and check out the taps, kitchen and nearby food carts while soaking up those big, beer-accompanied views. Then head south to the lush Umpqua for forest-clad hiking paths and hot springs. Round off your hikes at Toketee Falls, where the river plunges through a natural rock amphitheatre, for a dramatic end to the day. 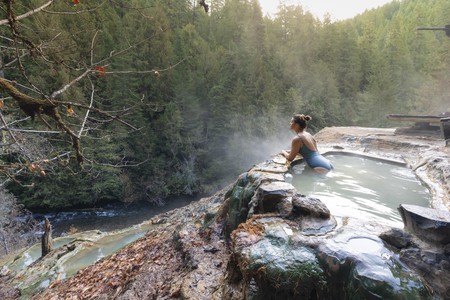 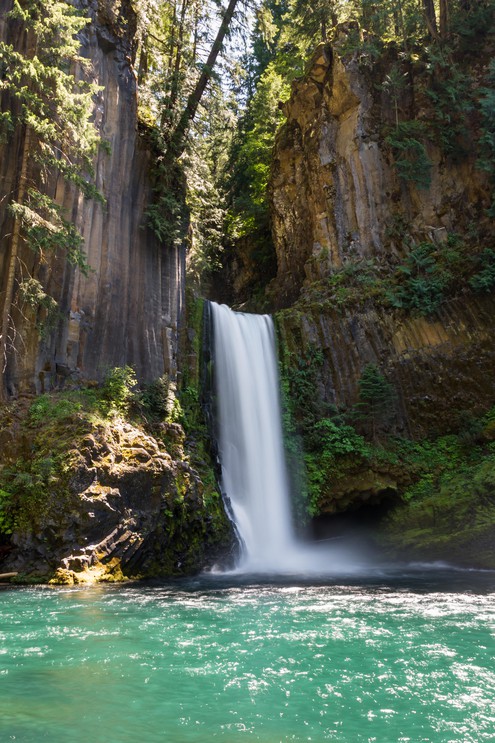 Rise early and drive into the vast towering landscape of the Redwood National Park and head down the iconic Avenue of the Giants, a 31mi (50km) stretch of the old Highway 101, where the trees rise up beside the asphalt. Southern Oregon and northernmost California collide with an independent energy (residents here once tried to secede to become a new state), so ease yourself into the next part of the drive while admiring the wistful, independent vibe where rural meets eclectic. Dedicate the remainder of your day to grazing at interesting eateries. The menu at Wild Fish, an upmarket fish restaurant at Little River outside Mendocino, changes daily depending on the catch, but the view remains the same. The Bewildered Pig, in Anderson Valley, offers an atmosphere that keeps you hostage for hours, along with dishes such as chilled spring-onion soup with smoked trout roe and chive oil. 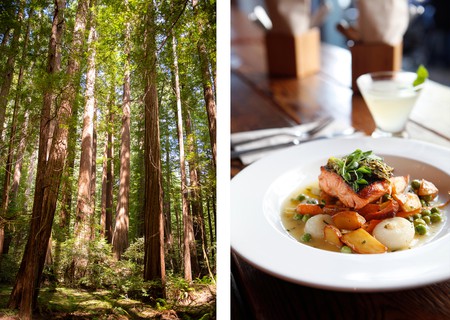 After several days on the road, now’s the time to immerse yourself in big-city life. San Francisco is your final destination, where you can explore village-like neighborhoods. Start your day with breakfast in the Mission at one of the taquerias holding out in the face of gentrification, then slip next door to Castro to explore GLBT Historical Society Museum, America’s first LGBTQ history museum, and toast at the Twin Peaks Tavern, the city’s first LGBTQ bar with windows (quite a feat in more conservative times). Round off your epic journey with an inner-city gorge hike at Glen Canyon Park to explore the city’s wilder side and let the sun set on a visit to Nob Hill Adium’s soundscape sculpture park. This aural experience — home to 169 speakers that engulf you — is the perfect way to play out the end of your road trip. Five days of adventure complete. West Coast, Best Coast, right? 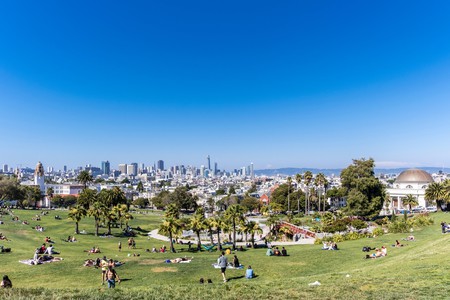 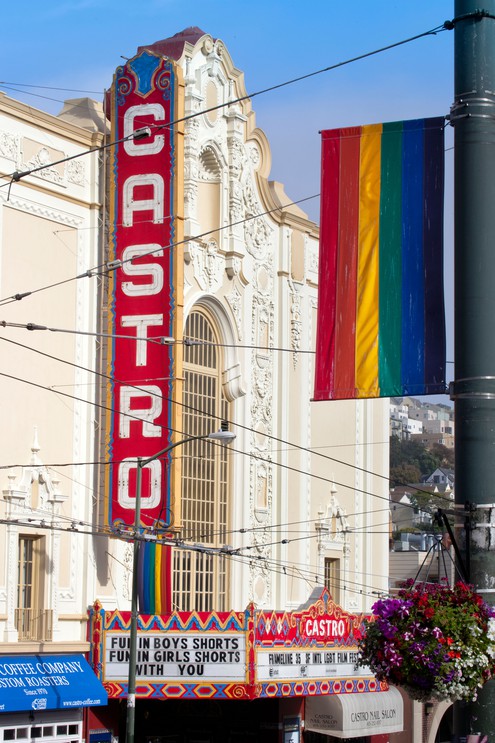 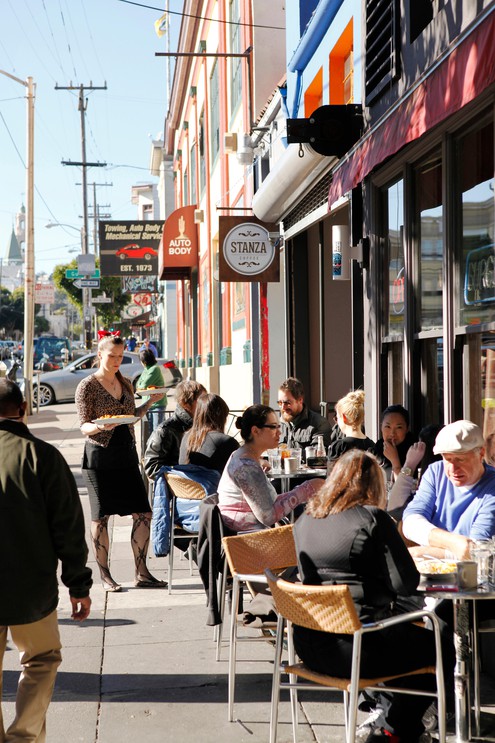 The Verizon Visa® Card is issued by Synchrony Bank pursuant to a license from Visa USA Inc.