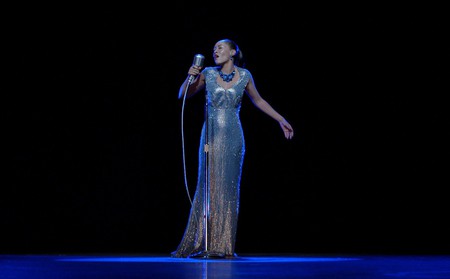 But a new theatre is hoping to recreate the magic of watching the jazz legend performing live on stage by bringing her back to life – as a hologram.

The singer has been performing at the recently opened Hologram Theater in Los Angeles, California, since last month.

It’s the world’s first all-hologram venue and has been set up by the team who resurrected dead rapper Tupac Shakur at Coachella in 2012 to perform with Dr Dre and Snoop Dogg.

Greek billionaire Alki David, the founder and owner of Hologram USA, came up with the idea for a dedicated venue after staging a series of one-off events including beaming Wikileaks’ Julian Assange into a conference in Massachusetts while he was holed up in London’s Ecuadorian Embassy.

He said: ‘I saw the Tupac hologram and decided that day to found this company. We partnered with Uwe Maas, the inventor of the technology and took over the patents. I could see this is going to be a billion-dollar, game changing industry, and one that will bring people a lot of happiness.

‘We had presented hologram performances, speeches and talks all over the world, filling stadiums and winning national elections for politicians – but not every one-off event can support the expense of installing our patented technology. I realised that by having dedicated theatres with the tech built in, we can be ready for any kind of event anytime.’ 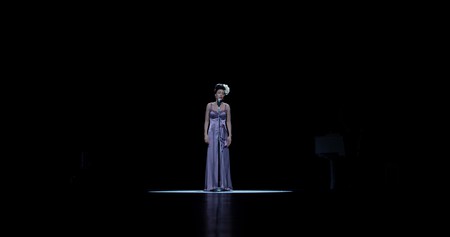 The theatre has also secured the rights for virtual performances from singers like Whitney Houston, Jackie Wilson and Buddy Holly as well as late comedian Bernie Mac.

David has big plans and the US theatre is just the first in a proposed chain: ‘This is the first of 150 planned theatres across America and more around the world. I want a performer to be able to sing in one theatre and be broadcast live as a hologram internationally. And to be able to share the shows we create around great talents of the past with as many people as possible.’ 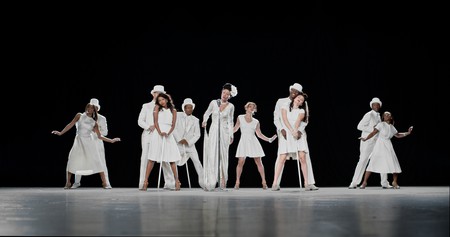 He’s reportedly invested $12m of his estimated $2bn fortune into buying rights and more in improving the technology.

David claimed Holiday was the perfect first choice for these troubling times we live in, and the concert was extended by popular demand.

‘She’s a beloved figure, and her estate loved the project and was eager to be first. But she’s also timely. The song Strange Fruit, about lynching, speaks to these troubled racial times very poignantly. It’s a stunning moment in the show. 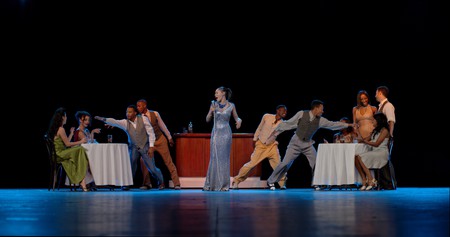 ‘The first audiences have been blown away. We actually went back and added another two songs to the show because those crowds couldn’t get enough. And like I said the estate is thrilled with the likeness.’

While some people might hail this cutting-edge technology as the future of entertainment, there are others that call it downright creepy.

But for David, these holograms tap into our deep nostalgia for much-loved musicians that are no longer with us and give audiences the chance to witness them in action, perhaps for the first time ever.

‘There’s a special presence to them,’ he said. ‘It feels like magic and it inspires the imagination. When we lose our favorite singers and musicians we lose something profound. We live with music in our houses, our cars, our most important family events. So to be able to relive the experience of seeing them – or to see for the first time, something only our parents may have been able to see – is an incredible experience.’

And as for the naysayers, he knows he’s onto a good thing.

‘People love to debate and the media loves controversy – it means we’ve got something powerful here. Bottom line is that what we do keeps these stars in the foreground, brings them to fresh eyes and ears. We work with the families always. If they feel the hologram is done with love and respect, why shouldn’t everyone else?’

For more information and to book tickets click here.