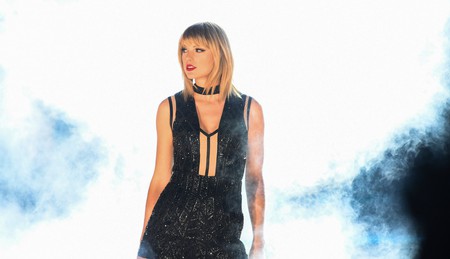 While Katy Perry may want to put her feud with fellow pop star Taylor Swift to rest, Swift seems to be on a different page.

Three years after pulling her discography from all streaming services, Swift’s music finally returned to platforms, including Spotify, Google Play, and Amazon Music, on June 9 at midnight. Swift’s management team tweeted that the move comes in “celebration of 1989 selling over 10 million albums worldwide and the RIAA’s 100 million song certification announcement.”

While fans are rejoicing that Swift has finally reached an agreement, the arrival of her back catalog arrives at an odd time, namely, on the same day that Perry’s new album, Witness, releases. Coincidence? Not Likely. Petty? Very.

The bad blood between Swift and Perry allegedly goes back to 2011/2012, Perry recently revealed while guesting on James Corden’s Carpool Karaoke, claiming that Swift hired some of her backup dancers, but then fired them when they asked to rejoin the “Swish, Swish” singer. Perry also said she tried to reach out to Swift to amend the situation, but Swift wouldn’t talk.

“There’s a situation, and honestly, like, she started it, and it’s time for her to finish it…” Perry said.

“What I want to say is that I’m ready for that BS to be done,” she added.

With the reinstating of all five of Swift’s albums, from her self-titled debut to 2014’s 1989, it’s unlikely we will see amiable interactions between the two chart toppers anytime soon.

In other Perry news, she is live streaming her entire weekend in promotion of her new album. Hanging out in a house for 72 hours straight, besides capturing Perry’s every move, the live stream also includes a man painting a mural of Perry outside of the house and a girl setting up some grand domino display.