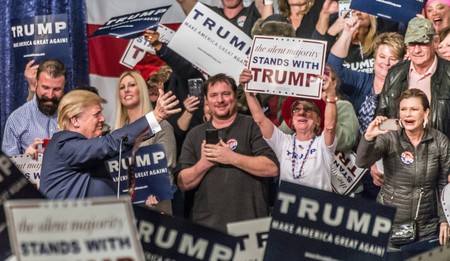 Sound the alarm, ring the liberty bells, it’s actually happened: the black-hearted buffoon has completed his move from the worst of reality TV to the worst of politics. To shed some light on the general discontent that fueled his victory, we recommend reading George Packer’s National Book Award-winning The Unwinding. Released a few years ago, the work traces the collapse of the American middle class and the growing influence of money in domestic politics, from the 1970s to the early 2010s. Relevant stuff, then. 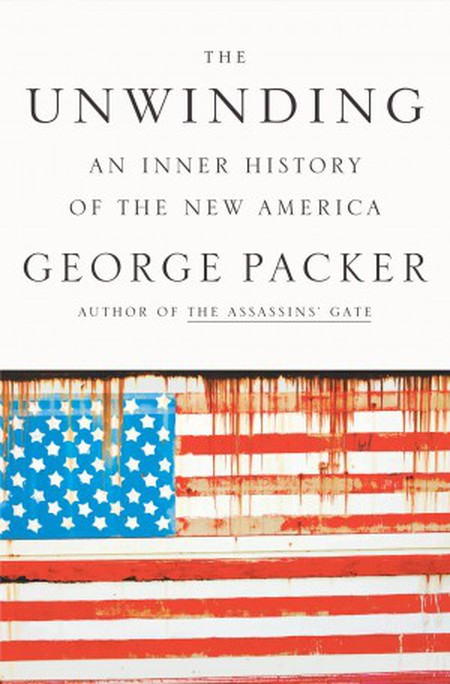 The The Unwinding: An Inner History of the New America | Courtesy of FSG

Have we landed in the lowest depths of misery? Or on the highest peak of anguish? How did we even get here? If you’re looking for answers, or any sort of consolation, on the reasons behind Trump’s upset (and so are we), your first reflex should be to look at who elected that shapeless mass to be the next American president. The demographics are unambiguous: if he won, it is in large part due to his historic mobilization of disaffected white middle class voters.

As The Unwinding makes clear, the complex system that supported the American middle class started unraveling in the early 1970s. His book, a magisterial account of the social alterations that created, and accompanied, this change, follows four people from diverse walks of life as they navigate the years between 1973 and the financial crisis: an African-American Ohio factory hand and community organizer; a Southern entrepreneur; a Washington lobbyist; and Peter Thiel. Interspersed with their biographies are detailed accounts of the political and economic transformations that marked this period, from Rubinomics to the Tampa housing crash, along with shorter profiles of other public figures, such as Newt Gingrich and Jay Z. The result is haunting:

It went back to 1973 […]. That was the year of the oil shock, the year when median wages in America began to stagnate. The seventies was the decade when things started going wrong. A lot of institutions stopped working. Science and technology stopped progressing, the growth model broke down, government no longer worked as as in the past, middle-class life started to fray.

The “Indian Summer,” as he calls it, between 1982 and 2007, was exposed by the financial crisis as a sham — a period when growth was guaranteed only by “a series of bubbles: the bond bubble, the tech bubble, the stock bubble, the emerging markets bubble, the housing bubble…” During that time, key institutions dating from the New Deal continued to erode, with recession years and financial panics along the way. Inequalities deepened “beyond anything the country had seen since the nineteenth century,” to the extent that by 2007 “the bottom four-fifths [owned] just 7 percent” of the nation’s wealth.

The disappearance of the middle class, complemented as it was by the creation of a social group of left-behinds, was accompanied by deepening resentment towards the political establishment. Successive governments, whether they be Democrat or Republican, never really tackled the problem; even Obama, whose entire image was built on change, hired an economic team composed almost entirely of former bank executives and de-regulation enthusiasts (Larry Summers, Timothy Geithner, Jacob Lew, etc…). It was also during these 30 years that money began to take its strangling hold on politics; lobbying, worth as much as $1.25 billion a year in 1997 (and triple that value just 12 years later), allowed special interests to dominate the political landscape. “Between 1998 and 2004, 42% of congresspersons and half the senators who left office went on to lobby their former colleagues.”

A faltering economy, a disillusioned middle class, and a discredited political establishment: this is the weakened political and social landscape under which Donald Trump took power. To give him credit, his populist rhetoric appealed exactly to the concerns created by the social changes highlighted above — a hatred of the elites and a sense of victimhood. Though shocking in the moment, his victory does not come out of nowhere. If we are to successfully weather the next four years, it is important we realize where exactly our liberal policies went wrong. To that end, George Packer’s book is a must-read.