Want to Cut Down on Your Screen Time? There’s an App for That 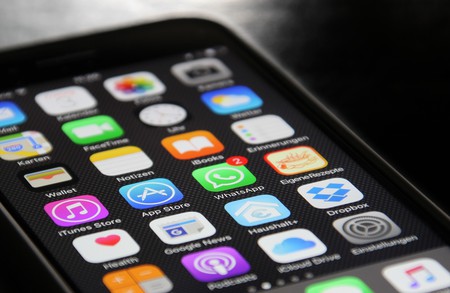 Silicon Valley wants to help you cut down on screen time with a suite of new features – but will it be enough to reset our troubled relationship with tech?

We’re addicted to our smartphones.

American teenagers now spend nine hours a day on social media, while nearly a third of smartphone users say they feel fearful and anxious when they’re without their devices.

Concern over our mental wellbeing in the face of compulsive tech use has led to the rise of social media diets, digital detox retreats and even culminated in Time Well Spent – a movement, which was founded by former Google design ethicist Tristan Harris, dedicated to getting technology platforms to “stop hijacking our minds and start putting our wellbeing first”.

But now, with a flurry of software created with the explicit purpose of discouraging smartphone overuse, tech companies and social networks appear to be offering up a solution: more tech.

In a January blog post, Mark Zuckerberg referenced “time well spent“, rolling out changes to the News Feed aimed at getting users to spend less time on Facebook. “By focusing on bringing people closer together — whether it’s with family and friends, or around important moments in the world — we can help make sure that Facebook is time well spent,” he wrote at the time.

A few months later, in mid-May, Instagram confirmed it was developing a feature showing just how much time you spend on the app.

Then came Google’s “digital wellbeing” push, and a May announcement of a set of “tools and features that help people better understand their tech usage, focus on what matters most, disconnect when needed, and create healthy habits for the whole family”.

Set to be released with its latest operating system, Android P, the roll-out will include a built-in dashboard where users can track how much time they’re spending on screen, a timer that lets users set personalised limits on how long they spend in certain apps and a Shush feature that switches the phone into Do Not Disturb mode when it’s set face down. To help discourage phone use after bed, a Wind Down mode turns the phone screen to greyscale when its user says they’re ready to sleep.

In June, Apple followed suit, announcing a similar suite of “digital health” tools to be released with its iOS update in autumn.

A Screen Time feature will offer users Detailed Activity Reports, which document the total time spent in each app, usage across categories of apps (social networking, entertainment and productivity), the number of notifications received and how often a person picks up their iOS device. A Do Not Disturb During Bedtime mode will dim the display and hide all notifications on the lock screen until prompted in the morning, while users will also have more options for controlling how notifications are delivered. 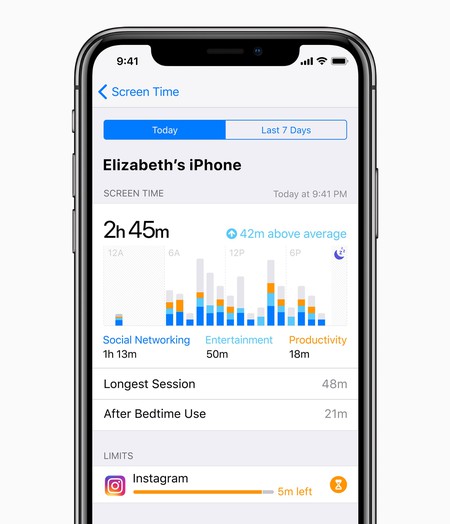 Detailed Activity Reports show the total time spent in each app, usage across categories of apps, how many notifications are received and how often a person picks up their iOS device. | © Apple

While the wave of ‘time well spent’ features signal a shift for Silicon Valley, some critics say that unhappiness, anxiety and addiction are inherent to tech’s design. “Technology feels disempowering because we haven’t built it around an honest view of human nature,” Time Well Spent founder Tristan Harris told Vox.

Harris argues that comparing ourselves to a curated reality feed or being bombarded by sensationalist news stories will always be damaging to our mental health. The paradigm is especially true if free-to-use social networks continue to rely on an advertising model that rewards tech companies for the amount of time users spend online, encouraging developers to embed habit-forming designs, such as infinite scroll, auto-play, dopamine-boosting ‘likes’ and Snapstreaks.

“Obviously the elephant in the room is that the product that’s being exported by these technology companies is possibly the largest counterforce to all the [mindfulness] that they’re talking about,” adds Harris. “We actually have to change the thing that we are exporting to the world, which is distraction, outrage, slot machine-style rewards, constant stimulation, social validation, making it harder for people to tell what’s true. That’s the thing that needs to be reconciled.”

For more on Silicon Valley’s changing philosophical operating system, read our feature Is Silicon Valley Headed for a Social Reckoning?