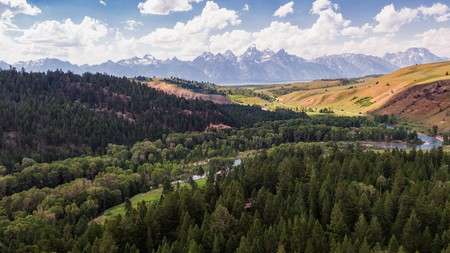 The awe-inspiring landscapes of the Great American West have contributed in no small part towards award-winning films such as The Revenant (2015) and Dances With Wolves (1990). Rolling prairies, famous national parks and wild mountain ranges make the five states of Idaho, South Dakota, North Dakota, Montana and Wyoming a dream for filmmakers in search of backdrops for movies and TV shows.

Collectively known as the Great American West, these states have a well-deserved reputation for their natural beauty. Every film fan will instantly recognize the region, thanks to several big screen appearances; so here’s Culture Trip’s guide to exploring the Great American West through some of the films and TV shows that have been shot here. There are also a few places listed to visit in each state to make your next trip here truly unforgettable.

The majestic scenery and lush open skies of Nomadland (2020) were unforgettable elements in the Oscar-winning movie. The Frances McDormand film was shot on location in Badlands National Park and hikers can follow in the footsteps of the central character through the mesmerizing terrain. You can also take a road trip on the Badlands Loop State Scenic Byway, which allows you to visit the unlikely tourist attraction of Wall Drug. If you want some idea of what to expect here, blockbuster Armageddon (1998) was shot in Badlands where the park stood in for the surface of an asteroid in deep space. 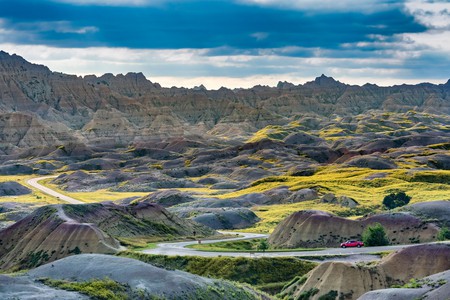 The film that really helped put South Dakota on the map for movie fans was Kevin Costner’s Dances With Wolves (1990). The period drama was set in post-Civil War America as general populations migrated west and encountered Native Americans on the way. State capital Pierre featured heavily, as did Rapid City, Spearfish Canyon and other popular destinations in the Black Hills. If you do visit the area make sure you check out Roughlock Falls – a particularly spectacular destination in the region. Further west, there are great spots such as Deadwood, Hill City and Sturgis that will take you back to a bygone era.

If your journey to South Dakota is purely film related, be sure to head to Fort Hays where you can still find props and film sets from Dances with Wolves. No trip to the state is complete without a visit to Mount Rushmore, but that’s probably already top of your list if you head north by northwest… 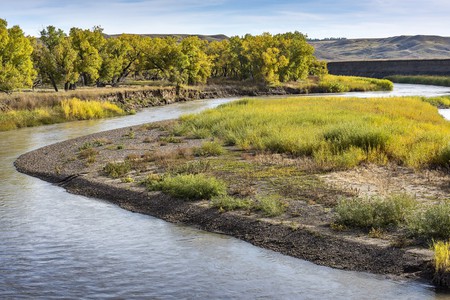 For the filming of their 1996 neo-noir black comedy crime thriller Fargo (1996), the Coen brothers chose the state of North Dakota and filmed in locations including Bathgate, Grafton and Grand Forks. To see the original wood chipper used in the movie – if you’ve seen it, you’ll know – stop by the Fargo-Moorhead Visitors Centre.

The city of Fargo is the largest in the state and is now synonymous with the movie. There are a number of attractions to explore in and around the city including, no joke, the largest buffalo statue in the world. Head down to Jamestown to see this remarkable specimen. 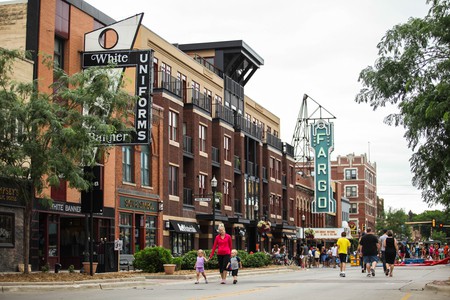 Inspired by the real-life story of Hugh Glass, a South Dakota native, The Revenant (2015) earned Leonardo DiCaprio his Oscar after years of disappointment. The film was shot in various locations, but the Big Sky State played a huge part in the movie. The small town of Libby featured in the movie, and it’s worth taking a detour to visit.

The landscape near Libby, Montana, provided the perfect setting for the making of ‘The Revenant’ | © Donnie Sexton

In western Montana you might recognize the city of Missoula where Brad Pitt once set up camp while filming A River Runs Through It (1992). As unlikely as it initially seems, you can actually surf here if that takes your fancy, and the landscape makes for a unique experience on the waves.

For a wild river ride, why not retrace the route taken by Meryl Streep in The River Wild (1994) along the Kootenai River near Libby. You can go white-water rafting with an experienced guide or take a more leisurely trip through Glacier National Park to see the wildlife in what is billed as a giant natural zoo.

The Cowboy State has been a dream for filmmakers for more than a century now. From the towering peaks of Grand Teton National Park to the geysers and waterfalls of Yellowstone National Park, you’ve almost certainly seen Wyoming on the big screen before. The small town of Jackson, in the Jackson Hole Valley, is a picturesque old cowboy town that’s ideal for anyone looking to experience some of the traditional scenes they remember from old westerns. 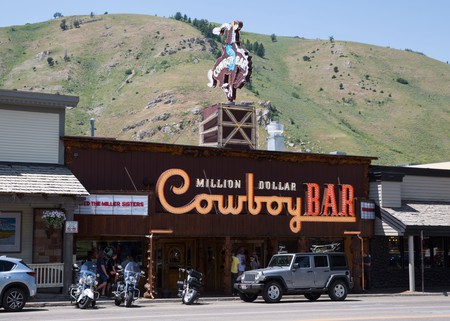 Devils Tower National Monument in northeast Wyoming is probably the most famous natural landmark in America for film buffs. The distinctive formation was seen in Close Encounters of the Third Kind (1977) and the entire area beams with otherworldly gems. The Bighorn Mountains and Thunder Basin National Grassland have the dramatic landscapes to match their bombastic names. 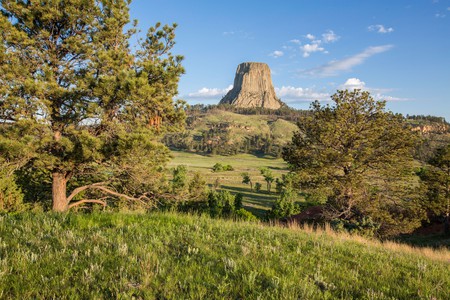 Anglers, rock climbers, hikers, mountain bikers, cross-country skiers and snowmobile riders all have plenty to do here, with several trails also leading into Black Hills National Forest. For those interested in tales from the Old West, head to the picturesque town of Sundance to see where the notorious Sundance Kid inherited his name for stealing horses from a local ranch.

Westerns new and old have been filmed in Idaho for a number of years. Hybrid cowboy/sci-fi adventure flick Wild Wild West (1999) used the Camas Prairie Railroad for several scenes, with the disused tracks today allowing visitors an excellent chance to explore the pine-covered views of Lewiston and Grangeville’s rural farmland.

Dante’s Peak (1997) was filmed in Wallace, a town which gleams with pride at its record of being one of the highest producers of silver in the world. Two world-class paths – the Route of the Hiawatha and Trail of the Coeur d’Alenes – beckon road and mountain bikers and walkers, giving visitors the chance to find out more about the mining heritage of the region. From Wallace, it’s easy for visitors to explore the incredible Coeur d’Alene area. 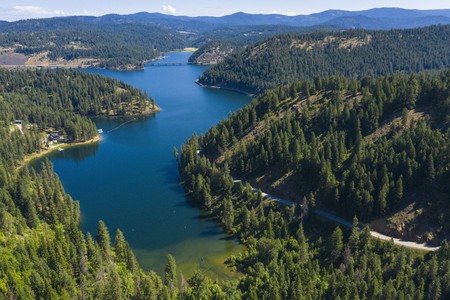 Lake Coeur d’Alene is the second-largest lake in North Idaho and several parks, campgrounds, beaches and trails can be found nearby | Courtesy of Visit Idaho

Clint Eastwood’s western Pale Rider (1985) focused on the fight over a gold mining territory. The film was mainly shot in Idaho’s beautiful Sawtooth National Recreation Area and Boulder Mountains. Don’t miss the Sawtooth Scenic Byway where you can venture into central Idaho’s Dark Sky Reserve and combine the trip with a stay at the delightfully named Ketchum.