Virtually Explore 5 of the USA’s Most Stunning National Parks 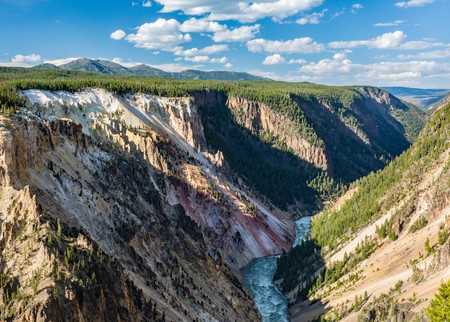 USA’s National Park Week takes place annually from 18 – 26 April, and is a time to celebrate the country’s wilderness. If you’re currently missing the outdoors like we are, here’s how you can experience America’s great wild places from home.

The path to the world’s national parks system was paved in America. Novelist John Muir first called for the protection of Yosemite’s steep granite walls and rolling green meadows when they captured his imagination in 1868. Later, Yellowstone, with all its geological wonders, became the first official national park in 1872.

Today, there are about 4,000 national parks around the world, and some of the most storied are spread across America. During annual National Park Week, parks in the USA usually host a number of events and activities. And in 2020 – due to the global pandemic – the focus is on ways in which we can explore the country’s wilderness digitally, with a little help from the National Park Service and Google Earth.

Great Smoky Mountains National Park in the southern Appalachians rises along the border between Tennessee and North Carolina. The national park here is a ridge of forest covering 500,000 acres (202,343 hectares), world-renowned for its diverse plant and animal life. One of America’s most loved parks, Great Smoky Mountains National Park was named the country’s most popular park for a second year in a row in 2020, with over 12 million yearly visitors.

If you’re missing the Smokies, or just wondering why they’re so popular, take a Google Earth tour of famous sites like Laurel Falls Trail, or check out one of the webcams set up by the National Park Service (NPS) where digital images are updated about every 15 minutes, allowing you to see the real-time changes in weather and air quality. 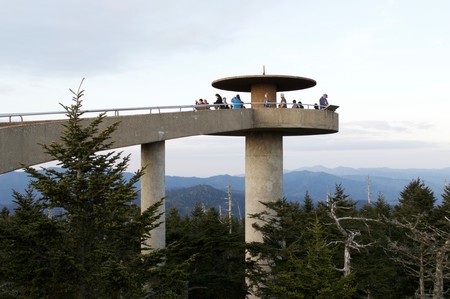 Located on the Olympic Peninsula a mere 60 miles (97 kilometers) from Seattle, Olympic National Park has several ecosystems spread across its nearly million acres of land including glacier-capped mountains, temperate rainforests, and 70mi (113km) of wild coastline.

This World Heritage area in Washington state draws 3 million people annually, and to see why just take a virtual trip to some of the park’s top sites. Zoom in on the rocky shores of Rialto Beach or Hole-in-the-Wall (rock faces sculpted by volcanic activity) on Google Earth, or check out the NPS’s webcams to see real-time images of Lake Crescent, Hurricane Ridge and Kalaloch Creek as it flows into the icy Pacific. 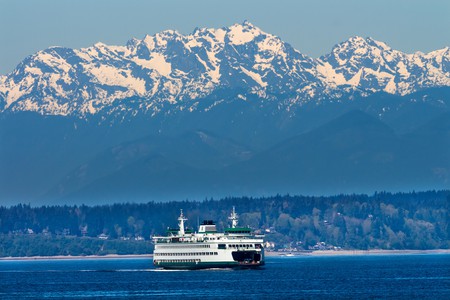 Marvel at the limpid waters of Olympic National Park, Washington. | Courtesy of VisitTheUSA.co.uk

Acadia National Park is the USA’s easternmost national park, and the only one in all of New England. One of the first places in America to see the sun rise, the park covers 49,000 acres (19,830 hectares) along the wild coast of Maine, offering panoramic views of the Atlantic ocean as it crashes against the shoreline, and more than a hundred miles of trail to hike and bike.

Since 90 percent of Acadia National Park is located on coastal islands, there’s no better way to explore this park virtually than to take an eCruise along the rocky shores of Mount Desert Island. Start the cruise near the former fishing village Bar Harbour, and tour the Gulf of Maine, keeping an eye out for Harbor seals, gray seals, harbor porpoise and sea birds. 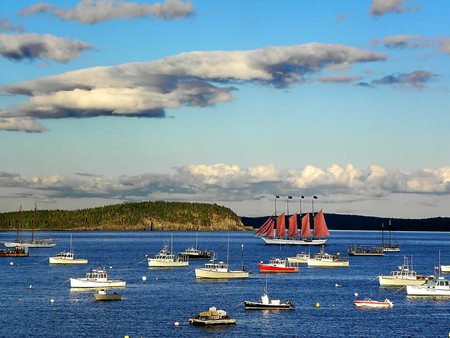 Big Bend National Park in southwestern Texas is located on the state’s border with Mexico. The park is home to a lone mountain rage, parts of the flowing Rio Grande and acres of protected Chihuahan desert, dotted with neon cacti and yucca plants.

Once the most remote corner of Texas, the Big Bend now sees 450,000 visitors a year, though the park has managed to retain its air of seclusion and secrecy with its lonely canyons and some of the world’s darkest night skies. Get a glimpse of the magic on NPS’s webcam where you can see distant peaks from Panther Junction on a clear day, or get an overview of top sites like Boquillas Canyon and Emory Peak on Google Earth. 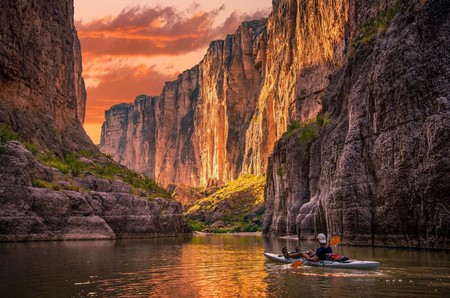 Utah has no shortage of national parks (only Alaska and California have more), and one on many a traveller’s list is the state’s first national park, Zion. To go to Zion National Park is to feel minuscule amid the red sandstone cliffs that rise jaggedly towards the sky, and walk the paths first tread by the ancient Paiute tribe.

To get a feel of one of Utah’s “Mighty Five” parks, you can take a virtual hike on one of Zion National Park’s most famous trails, Angels Landing, and immerse yourself in the soothing sounds of the Virgin River; or drop in on some of the park’s most stunning spots including The Narrows and Temple of Sinawava, via Google Earth. 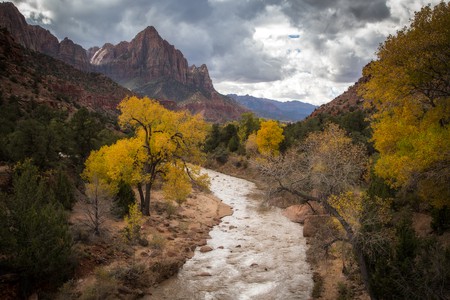