The Top 10 Chefs In The Southwest You Should Know About 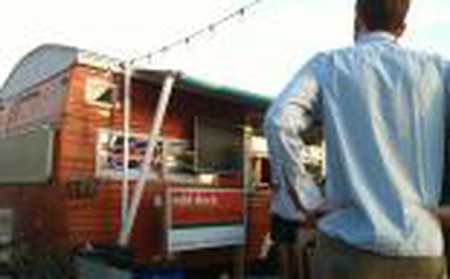 Planning a trip to the Southwest? You’ll find more than sagebrush and sharpshooters here. The culinary scene is abuzz with masters and innovators that are really turning heads, and earning their places among the greats. We profile 10 of the most exciting and creative chefs in the region, from Arizona to Utah. 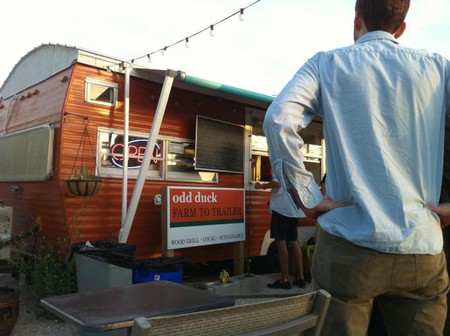 When it comes to easy-going, chef Bryce Gilmore is as unpretentious as it gets. He loves eggs, Austin, and having fun with food. He cut his teeth while working in his father’s popular restaurant, Z’Tejas Grill, and after high school headed to the California Culinary School in San Francisco. After spending a few years working in high-profile restaurants, he went back home to be part of the burgeoning food scene in the capital of the Lone Star State. Bryce’s first solo appearance was a food truck called Odd Duck, which became so popular that he was almost forced into making it a brick-and-mortar, now called Barley Swine. His restaurant has won numerous awards from local critics, and Bryce himself has received much acclaim.

Restaurant, American, $$$
Facebook
Email
Twitter
Pinterest
Copy link
Share
After graduating from the Scottsdale Culinary Institute, chef Kevin Binkley worked for five years in the Scottsdale area before moving on to the revered kitchen of Thomas Keller’s French Laundry. After five years there, Kevin opened his own first restaurant, Binkley’s, in Cave Creek, Arizona. Binkley’s was so successful that Kevin was able to open three more restaurants over the next 10 years in its wake. Between his four concepts, this restaurateur offers foodies everything from casual fare to upscale dining. He’s been hailed by many as the best chef in the state.

With the help of Bowman Brown Utah has become a rising star in terms of good food. Bowman was raised in Arizona, then attended Brigham Young University in Provo, Utah, and the Atlantic Culinary Institute in New Hampshire before landing in Northern Utah. He was paired with now-celebrity chef Viet Pham when they opened Forage, and the duo pleasantly surprised the sometimes dry Salt Lake food scene. Their menu was fresh, up-scale, and unlike anything anyone had seen before. Bowman takes boyscout-like skills and forages (literally) the bounteous Wasatch Mountains for wild herbs, leaves, and flowers. His creativity and drive continue to appease and delight the increasingly refined palates of his patrons.

With a name like The Gladly, who wouldn’t want to spend some time in Bernie Kantak’s newest restaurant? This is his second contribution to the Arizona food scene, and his momentum doesn’t seem to be slowing down. Raised in upstate New York and educated at the Scottsdale Culinary Institute, Bernie quickly realized that his dream was to spend his days in the kitchen. His combining of unusual flavors, like lamb nibblets with cumin-fig glaze, and coffee-charred shortribs, demonstrate his playfulness and zeal in the creation of good food. Bernie has even reinvented the salad and given it new life with the Citizen Public House’s chopped salad. If a chef can make a salad so good that it gets its own Facebook page, that surely means he’s doing something right. 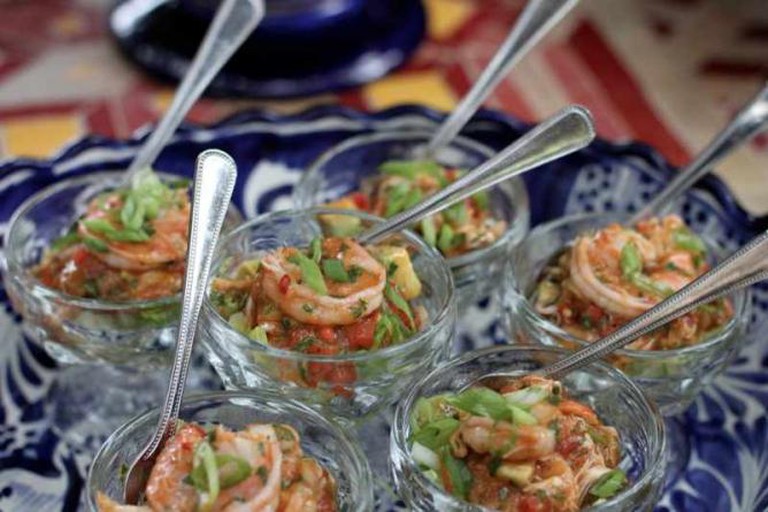 Smoke, Fort Worth Avenue | © The Travelista/Flickrcommons
Tim’s commitment to honest, sustainable food was recognized by First Lady Michelle Obama, and he was made a contributor in her Let’s Move! campaign to reduce childhood obesity and change the way that Americans look at food. These ideals are carried out every day in Tim’s Dallas restaurant, Smoke, where he cooks fresh, locally sourced foods, and grows everything he can in the garden behind the restaurant. He has spoken to environmentalists about his back-to-basics ideology, written a successful recipe book, and won awards.

Diner, American
Facebook
Email
Twitter
Pinterest
Copy link
Share
Chef Patrick Gharrity’s passion for fresh, local ingredients is obvious in his menu creations. Dishes like the red quinoa-butternut squash moussaka and hemp seed-crusted halibut at La Casa Sena will convince even the most dubious diner of the abundance of flavors and ingredients to be found in New Mexico. Even more impressive than what comes out of his kitchen, however, is how he got there. Patrick took his first steps in the culinary world as a dishwasher. His love for food made him unafraid to get his hands dirty; he worked his way through the ranks as line cook, kitchen manager, sous-chef, pastry chef, and finally Head Chef. With a Bachelor’s degree in Fine Arts, and culinary chops earned in the fire pit, this Ohio native does Southwest cuisine in a way that has patrons coming back again and again.

Born in Illinois, this move to the American Southwest was a welcomed addition. Jennifer James’ menus at Jennifer James 101 have a clean and simple nature that demonstrates her meticulous attention to ingredients and design. Jennifer is keenly aware of her diners and strives to give them the best possible experience at her restaurants. A visitor can expect to be treated well, and enjoy food that has been carefully considered, masterfully executed, and beautifully presented.

Jeff Osaka is not new to the culinary field but his ingenuity continues to attract attention. Born in Los Angeles, California, the chef didn’t make his way to a professional kitchen until his late twenties. He quickly made up for lost time by working throughout California and the Western US with the likes of Wolfgang Puck and Chinois Las Vegas. He has since opened, owned, and cooked for multiple new restaurants.

Market, BBQ
Facebook
Email
Twitter
Pinterest
Copy link
Share
Chef Chris Shepherd was born in Oklahoma but has found a niche for himself in Houston. Although he had never been to the gulf city before he attended culinary school at The Art Institute’s campus there, he quickly developed a fervor for it. His menus at Underbelly are influenced by the colorful and diverse cultures and cuisines found in the immigrant population of Houston. Chris contributes to the local market by buying meats and fresh produce from nearby farms and ranches, while his seafood is sourced from fishermen in the Gulf, so you know it’s going to be as fresh as can be. His excitement for local flavor runs so deep that he takes visitors on tours around the city, showing patrons his favorite places to eat with Houston Culinary Tours.

Chef Justin Yu is a Houston native. He did the rounds cooking in Chicago, Napa, Dranouter, and Copenhagen, only to find himself right back on the Gulf Coast. His first concept, Oxheart, helped to earn him recognition with the distinguished James Beard Foundation. He’s trying to spread the word about the richness of Houston’s community and commodities by using locally grown ingredients in his dishes and by participating in the Houston Culinary Tours. Together, they’re giving Houston quite a name for itself.