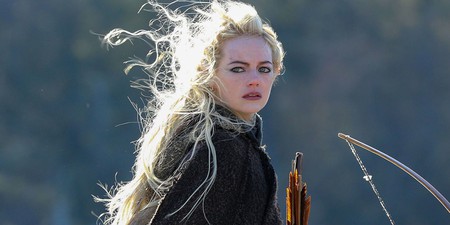 Black Panther and Emma Stone mindbender Maniac are among the top new titles to stream this month.

Bellicose and smoldering, this eight-part epic traces the career of a Spanish serf determined to rise above his station at the time of the Inquisition. The backdrop includes the building of Barcelona’s Santa María del Mar basilica, suggesting the series could be a Spanish equivalent of The Pillars of the Earth. It is based on the 2009 novel by Ildefonso Falcones.

Writer Kim Eun-sook and director Lee Eung-bok, the Korean duo behind Descendants of the Sun, have re-teamed on the 24-part series Mr Sunshine. It tells the story of a boy who deserts his servant family and boards an American warship during the 1871 Shinmiyangyo (the US expedition to Korea). In the 1900s, he returns to Korea as a US marine (played by Eugene Choi) and falls for an aristocrat’s daughter (The Handmaiden’s Kim Tae-ri) as Japanese colonization rears its head.

In this seven-part Australian drama series, Julia (Maria Angelico) learns from her Nobel-winning father’s deathbed confession that he used his own sperm in an in vitro fertilization experiment, siring 100 sons and three daughters. Julia’s sisters are neurotic TV star Roxy (Lucy Durack) and uptight lawyer Edie (Antonia Prebble). How will the three get on, and should Julia even begin to find out about her brothers?

A Taiwanese Tale of Two Cities

News is thin on this intriguing 20-part series, which is directed by Nelson Yeh (Mad King of Taipei). Conceived to demonstrate the cultural differences and similarities between Taipei and a Taiwanese community in San Francisco, it tracks the experiences of two 29-year-old women who swap homes for a few weeks. A Taipei traditional medicine practitioner heads to Frisco and a Taiwanese-American computer programmer makes the reverse journey.

Documentarist Madeleine Gavin visited a leadership center in the eastern Democratic Republic of Congo to film the first-hand accounts of Congolese women raped during the country’s successive civil wars. This is a remarkable story of survival, healing and rejuvenation. 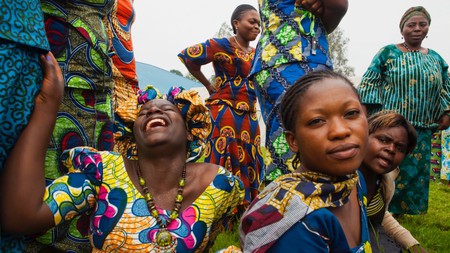 Sierra Burgess Is a Loser

Netflix’s latest high-school romcom is a retelling of Cyrano de Bergerac replete with the mistaken identity trope. Academically brilliant but unpopular Sierra (played by the gifted Shannon Purser) finds herself texting a hot guy (Noah Centineo) who thinks, owing to a technical glitch, that he’s communicating with beautiful mean girl/cheerleader Veronica (Kristine Froseth). The upshot is that Sierra and Veronica must join forces to win the hearts of their respective crushes. Lea Thompson – once Lorraine McFly in the Back to the Future films – plays Sierra’s mom.

The Most Assassinated Woman in the World

Grand Guignol – now a catch-all for gory, grisly and usually tasteless entertainment – was an actual theater in the Pigalle area of Paris that, from 1897 to 1962, specialized in naturalistic body horror shows. Set in 1932, Franck Ribière’s directorial debut stars Anna Mouglalis as oft-mutilated Grand Guignol idol Paula Maxa, who teams up with a reporter (Niels Schneider) when a real-life serial killer goes on the rampage. The real Maxa, who was hired by the theater in 1917, is said to have been murdered on stage 10,000 times over her two-decade residency. 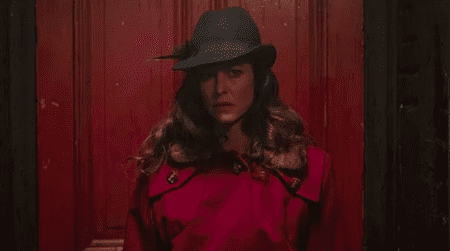 The Land of Steady Habits

The signs are promising for this male midlife-crisis drama, which was adapted from Ted Thompson’s novel by director Nicole Holofcener (Walking and Talking, Lovely & Amazing, Friends With Money). It stars Ben Mendelsohn as Anders, who throws in his Wall Street job and leaves his wife (Edie Falco), only to find that decorating his new apartment and sleeping around do not revitalize him. Worse, he’s increasingly alienated from his grown-up son (Thomas Mann) and mishandles his friendship with the drug-addicted teenage son of friends (Charlie Tahan). Look to Holofcener to supply telling details about running off the rails in suburban Connecticut. Connie Britton and Elizabeth Marvel co-star.

The square, the compasses, and the aprons – what do they mean, and why would any man be a Freemason in the 21st century? Made to coincide with the 300th anniversary of the founding of the first masonic lodge in London in 1717, this five-part documentary series goes behind the scenes to explain the masons’ practices and the significance of the symbolism enshrined by the world’s oldest fraternal order.

This 10-parter has every chance of being Netflix’s standout limited series of 2018. Starring Emma Stone and Jonah Hill, it’s set in a psychiatric hospital where a pharmaceutical experiment enables patients to inhabit their dreams and fantasies – in other words, their unconscious minds, where madness potentially dwells. Adapted from a 2014 Norwegian series by novelist Patrick Somerville, Maniac was directed by Cory Fukunaga, who made True Detective‘s first season a thing of dangerous beauty. The cast includes Sonoya Mizuno, Justin Theroux, Sally Field, Julia Garner and Jemima Kirke.

Director Haifaa Al-Mansour follows Mary Shelley with the film of Trisha R Thomas’s novel about an African-American professional (Sanaa Lathan) who has everything except the one thing she wants: an engagement ring. This serious comedy about the search for independence pivots on the heroine’s symbolic decision to replace her long, straight hairstyle with a naturally nappy short cut. Nappily Ever After looks to be an infectious can-do hairdo movie.

The trailer for The Good Cop suggests it’s more reminiscent of a gritty network TV sitcom than a Netflix dramedy. Josh Groban stars as an obsessively by-the-book New York homicide detective who gets advice on his investigations and his love life from his live-in dad (Tony Danza), a roguish former NYPD cop who spent seven years in the slammer. Monica Barbaro plays the Groban character’s streetwise, rule-bending partner.

Jeremy Saulnier, the director of Blue Ruin and Green Room, weighs in with another drum-tight, impactful thriller. This one is based on the William Giraldi novel about a retired naturalist and wolf expert who investigates the kidnapping of a small boy by a murderous pack of wolves in the Alaskan wilderness. Jeffrey Wright heads a cast that includes Riley Keough (as the boy’s mother), Alexander Skarsgård, James Badge Dale and Julian Black Antelope.

Netflix is adding the following films, among others, to its streaming library: