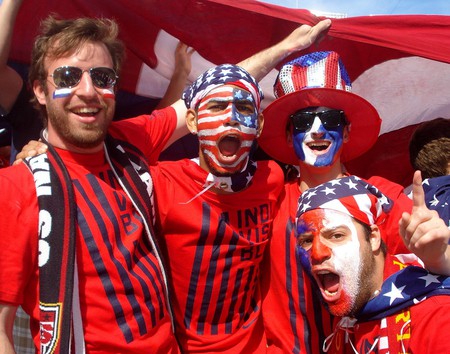 The absence of the United States men’s national team from the 2018 FIFA World Cup hasn’t stopped American fans from purchasing tickets to this summer’s tournament in Russia.

Fans living in the United States purchased 16,462 tickets—the most of any foreign nation—during the second ticket window, which ran from March 13 to April 3, according to FIFA.

During the first-come, first-serve window, 216,134 of the available 394,433 tickets were allocated to Russian fans.

In total, FIFA has allocated 1,698,049 tickets worldwide for the 2018 FIFA World Cup since sales started in September 2017, with international sales accounting for 53 percent overall.

The third and final ticket sales phase begins April 18 and lasts throughout the tournament. Fans are able to purchase last-minute tickets on a first-come, first-serve basis.

The United States failed to qualify for the 2018 FIFA World Cup following a 2-1 loss to Trinidad and Tobago during CONCACAF qualifying in October 2017. It is the first World Cup, which is played every four years, since 1986 which won’t feature the Americans.

“I just want to say sorry to the fans,” U.S. defender Omar Gonzalez said after the defeat. “All the U.S. fans that were pulling for us, that wanted to go to Russia, that believed in us. We let down an entire nation today.”