Travel Photographers Who Capture the Diversity of America 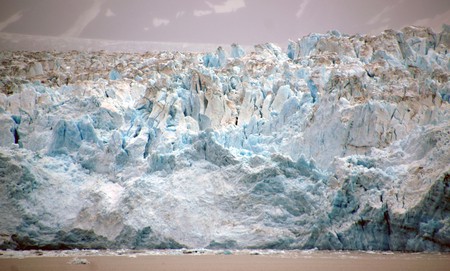 When people think of insanely beautiful travel photography, they tend to think of big National Geographic photographers, capturing the glaciers of Iceland and the deserts of Namibia. But as the following photographers know, America has just as much diversity and stunning scenery worthy of capture. In true 2018 fashion, the way these photographers share their work is no longer just in gallery shows or coffee-table books, but in the biggest platform an artist can use today: Instagram.

Feeling small in this big and beautiful world. Exploring the depths of the ocean w/ @chelseakauai Happy #EarthDay. I hope you all had a chance to get outside and appreciate something (big or small) on this planet we call Earth. #homeiswhereweorbit #freediving #respectandprotect

Travis Burke and his girlfriend live in a van and travel around the United States. They snap incredible images, like diving with schools of fish in Hawaii on Earth Day, and rock formations in the Moab Desert comprised of a symphony of colors. Follow along with @travisburkephotography.

A view from inside the looking glass. . @prana @greatlandadventures @alaska_wild_guides

California-based photographer Chris Burkard’s first love is surfing, but killer waves aren’t the only thing he captures with breathtaking elan for his three million Instagram fans. From national parks to Alaskan glaciers, Burkard has captured it all. See his work at @chrisburkard.

Alex Strohl may live in Montana, but he doesn’t limit the range of his camera lens to his home state. Strohl travels all over the country, snapping pictures in enviable locations. Among his recent subjects: red rock formations in the Utah desert and a riot of Hawaiian greenery against clear blue waters. Follow along at @alexstrohl.

Caught the crescent moon from my window just before it set below the tree line. The conditions were good enough to see the complete moon glowing, taken on one exposure.

Photographer Dylan Furst uses his home base of Washington to explore the surrounding Pacific Northwest in all its majesty. His photographs have a moody, otherworldly quality – a scroll through his feed is instantly transportive, soothing, and evocative. Take a look at @fursty.

Every so often a moment comes along and the very second it happens, you know you’ll remember it for the rest of your life. This is the moment I witnessed this iconic mountain range for the first time. As we drove up the peaks towered overhead in the dark of night and my fascination multiplied. It was perfect.

Minnesota-born, Seattle-based Scott Kranz seems to have a magical ability to be at just the right place at just the right time. The resulting images seem like something out of a dream right before you wake up, a majestic second you want to hold onto forever but can’t – unless, like Kranz, you have a camera. Follow along with @scott_kranz.

Los Angeles-based Tiffany Nguyen’s day job is as a dentist, but you wouldn’t know if from her exquisite shots of everything from the Eastern Sierra Mountains to the electric sunsets beyond the pier of Manhattan Beach, California. Follow along at @tiffnguyen.

Anna Eehrgott is a surfer, but the sea is not all she documents in her dreamy, film-set-esque shots from around the U.S.A. From California to Maine, her photos will inspire you to stop and see the beauty in the small moments. Join her other fans at @annaehrgott.