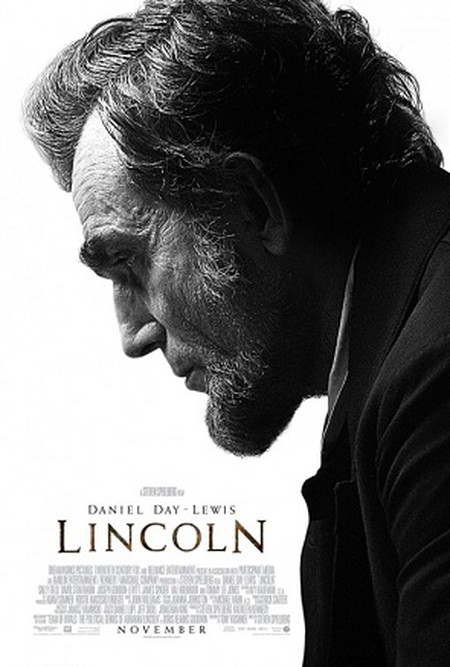 Election season is in full stride in America, and more than ever the political process resembles a reality TV show. Educate yourself on the role of the President of the United States (POTUS) with these 15 films about American Presidents. The list contains a mix of fictional dramas and romantic comedies as well as documentaries and historical accounts.

This 1991 Oliver Stone film explores the investigation of the assassination of President John F. Kennedy, which is led by New Orleans district attorney Jim Garrison (Kevin Costner). Garrison finds evidence that supports a conspiracy theory about JFK’s murder and reopens the case after suspected killer Lee Harvey Oswald (Gary Oldman) dies. The film was controversial—Stone was reproached for creating a historically irresponsible film—but gripping, and it has long been thought as one of the top American political detective thrillers of all time. 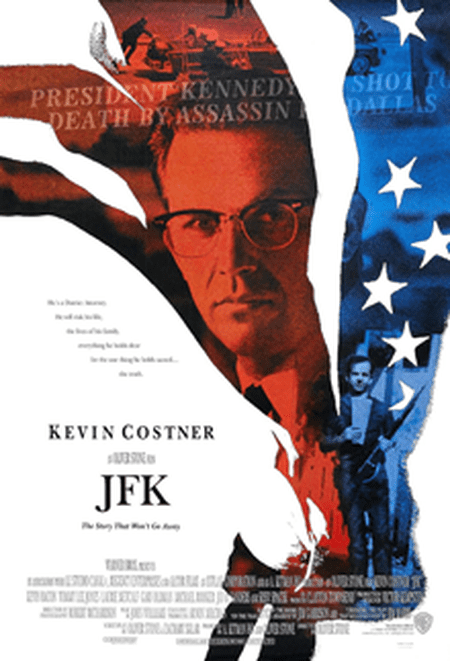 Set during the Cold War, a crisis hits when a faulty transmission inadvertently sends nuclear bomber planes toward Russia. The President of the United States (Henry Fonda) has to fix the blunder before he starts a war. All but one of the bombers are stopped—Air Force commander Frank Overton is unaware of the mistake and determined to carry out orders. A Soviet counterattack could start a full-blown nuclear holocaust. The unforgettable 1964 film highlights the tensions between the U.S. and the Soviet Union, and the nearly disastrous consequences of the Cold War. 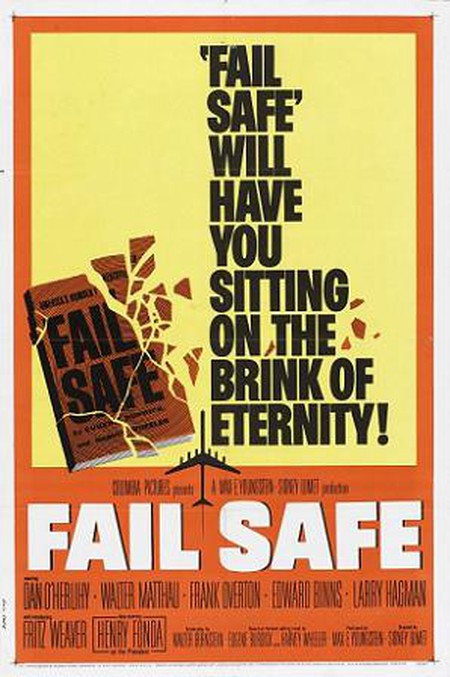 The Civil War is raging in the U.S. and President Abraham Lincoln (Daniel Day-Lewis) is fighting within his own cabinet to push the idea of emancipating America’s slaves. Directed by Steven Spielberg, the 2012 film shows the personal and political struggles Lincoln faced during the final months of his life to end the country’s war and abolish slavery for good. Day-Lewis shows the courage the president had in the face of opposition and his eventual success in compelling the nation to work for a greater good.

A 1964 political drama exposes the politics going on behind the scenes of the nomination of a presidential candidate. Based on a play of the same title by Gore Vidal, the film was directed by Franklin J. Schaffner and starred Henry Fonda, Cliff Robertson, and Lee Tracy. Both Fonda and Robertson are candidates for an unspecified party’s nomination—one is an intellectual while the other is a ‘man of the people’—and the two clash throughout the movie as they grapple for the nomination. 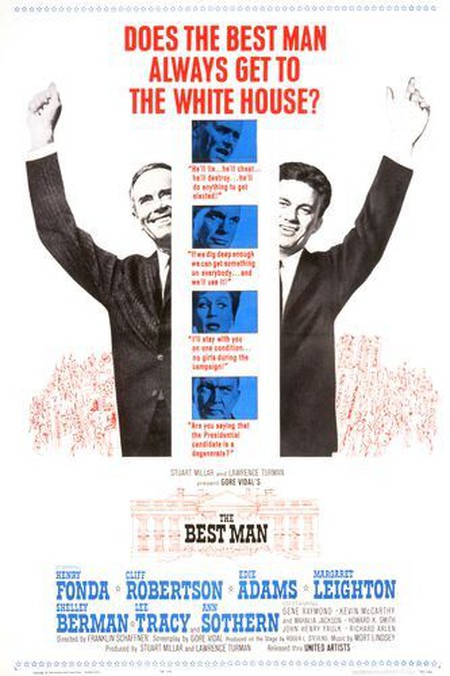 Written and directed by Rod Lurie, this 2000 drama tells the story of a U.S. President (Jeff Bridges) who needs to appoint a new Vice President. In a progressive and unexpected move, the president chooses Senator Laine Hanson (Joan Allen) who would be the first woman to hold the office of VP. Congressman Shelley Runyon (Gary Oldman) believes Hanson is unqualified for the job and is determined to bring her down by any means necessary. Hanson becomes prey to an onslaught of personal attacks meant to soil her reputation and ruin her chances of holding office, and she must decide how to fight back. 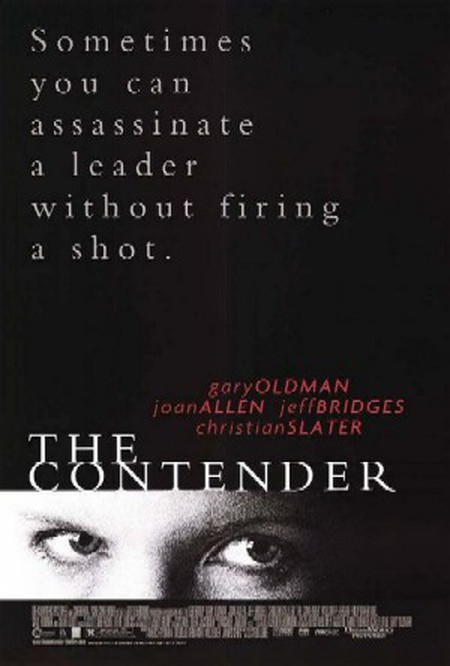 The Contender Poster | © Dreamworks/WikiCommons Fair Use

In the summer of 1977, former U.S. President Richard Nixon (Frank Langella) agreed to sit for one interview about the infamous Watergate scandal that ended his presidency. Nixon chose TV personality David Frost (Michael Sheen) to conduct the interview, believing he could easily outwit the carefree British character. What surprised everyone was an intellectual battle between the two men over the questions behind the scandal. This dramatic retelling was adapted from the play by the same name, written by Peter Morgan. 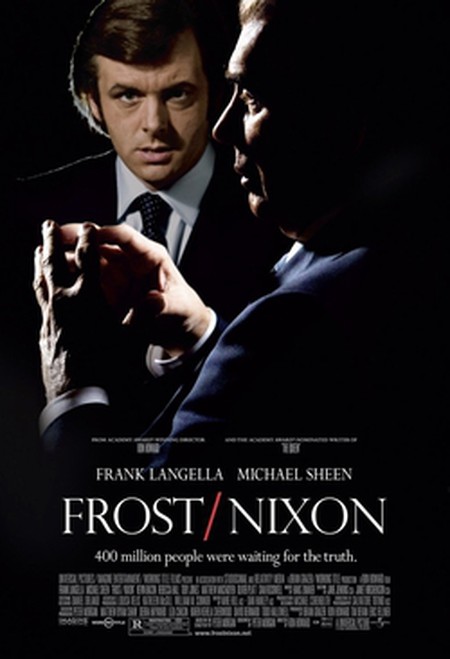 Gabriel Over the White House

U.S. President Judson ‘Judd’ Hammond (Walter Huston) is described as a ‘do-nothing crook’ and a hack (drawing comparisons to former presidents Herbert Hoover and Warren G. Harding) in this 1933 film. After a car accident that nearly kills him, Hammond emerges from a coma, as a new kind of leader with a wholly changed political agenda (here he is made to resemble Franklin D. Roosevelt). Hammond makes a huge number of changes to gain more power and influence—like dissolving the legislative branch and revoking the constitution—but strangely enough, he brings an end to the country’s problems and ushers in a world peace through his dictatorial rule.

This lighthearted political film directed by Ivan Reitman in 1993 stars Kevin Kline as Dave Kovic who works a side job impersonating U.S. President Bill Mitchell (also played by Kline). Kovic is requested by secret service to make a harmless appearance as the president at a luncheon, but when President Mitchell suffers a severe stroke while having an affair with an aide and ends up comatose, Kovic becomes stuck in the role of the POTUS. With the president MIA, a corrupt Chief of Staff uses the opportunity to manipulate his way to the top. 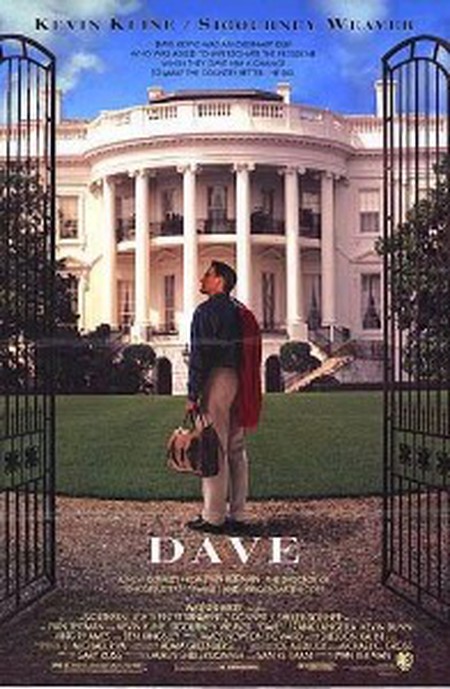 This 1993 documentary details the presidential campaign of Bill Clinton in 1992. Focusing largely on James Carville (lead strategist) and George Stephanopoulos (communications director) at Clinton’s campaign headquarters, the film hardly contains any footage of Clinton himself. The film was shot over four months, and Carville and Stephanopoulos have many hurdles to jump in that time, including the Gennifer Flowers scandal and the New Hampshire primary upset. The documentary covers the way the campaign overcame these obstacles to win the election. 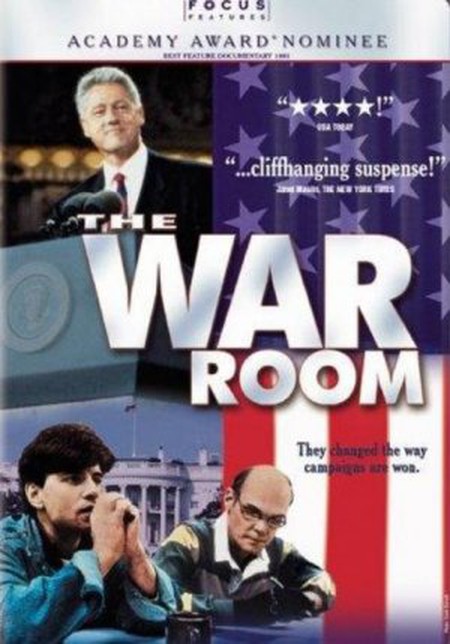 The Ides of March

Stephen Meyers (Ryan Gosling) is an idealistic communications assistant for the presidential campaign of Governor Mike Morris (George Clooney) in this 2011 Clooney film. The Ohio primary is approaching and Meyers, who fully believes in the democratic process, quickly learns the dirty, corrupt side of politics. A meeting with the campaign manager of Governor Morris’ rival Senator Pullman (Michael Mantell) and an affair with a young intern begin to threaten Morris’ chances of winning the election. 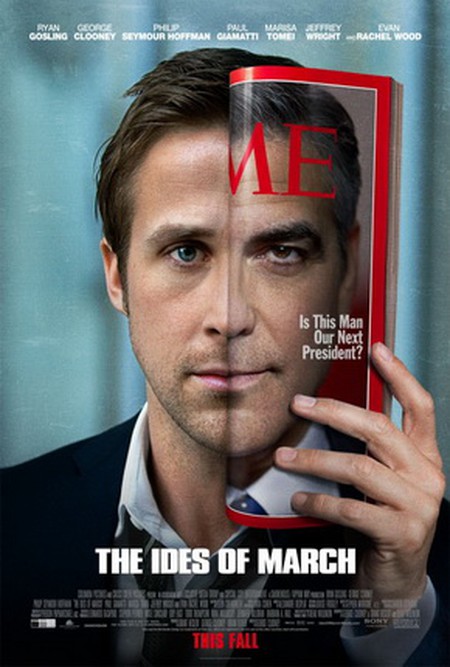 The Ides of March | © Columbia Pictures/WikiCommons Fair Use

Widowed U.S. President Andrew Shepherd (Michael Douglas) is nearing the end of his first term as POTUS, and he seems to be a shoo-in for a reelection. Then he meets Sydney Ellen Wade (Annette Bening), a political activist who works for an environmental lobby group. The two begin dating and are an easy target for criticism from Senator Bob Rumson (Richard Dreyfuss), Shepherd’s major rival. The 1995 romantic comedy-drama directed by Rob Reiner was nominated for multiple Golden Globes. 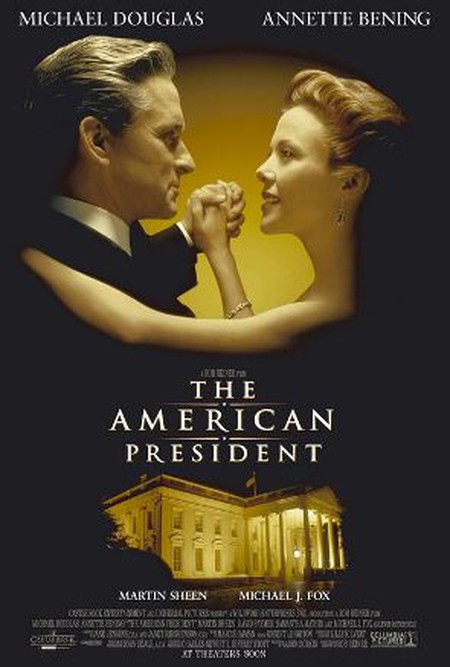 This 1997 Steven Spielberg film tells the story of a slave ship named Amistad. The ship is traveling from Cuba to America in 1839 when Cinque (Djimon Hounsou) leads a mutiny to take over the ship. The mutineers keep a few of the crew alive to navigate them back to Africa, but instead they are led to the northeast of the U.S. In America, they are imprisoned as runaway slaves. An abolitionist lawyer named Roger Sherman Baldwin (Matthew McConaughey) takes the case to break them free. Morgan Freeman, Nigel Hawthorne, and Anthony Hopkins also star in the film. 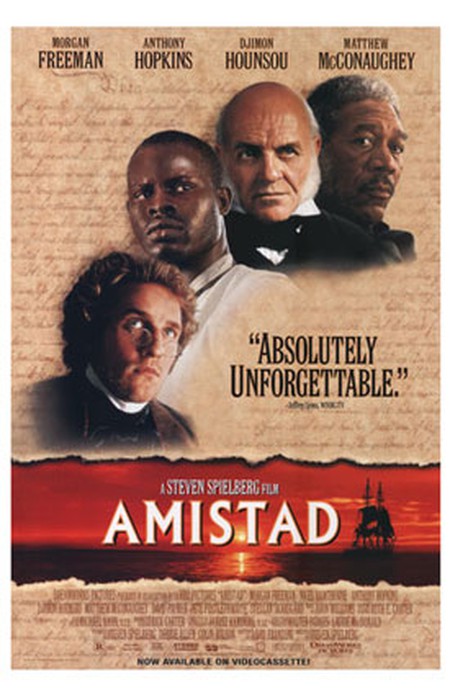 In 1939, this fictionalized biopic was made about the life of Abraham Lincoln as a young man. The film was directed by John Ford and starred Henry Fonda as Lincoln in his early years, growing from a country boy born in a log cabin in Springfield, Illinois, to a lawyer at a pivotal moment in his career. Young Mr. Lincoln has a 100% rating on Rotten Tomatoes, and critics there rave about the magical performance by Henry Fonda that makes the film a great watch to this day.

Thirteen Days is a historical drama-thriller about the Cuban Missile Crisis and the Kennedy administration’s battle to prevent chaos in 1962. Made in 2000 by Roger Donaldson, John F. Kennedy (Bruce Greenwood) is confident he can stand his ground after surveillance photos show the Soviet Union is placing nuclear weapons in Cuba. Kennedy is unwilling to invade Cuba, which could cause a war, so he grapples with finding a solution to prevent the seemingly inevitable. Newly declassified information made it into this film, but it is more a dramatization than a historical account. 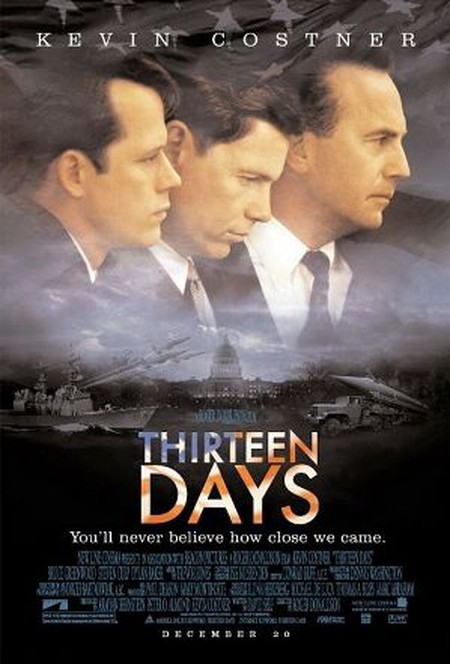 John Travolta stars as Governor Jack Stanton, a presidential candidate, in this 1998 comedy-drama. Based on a novel by Joe Klein, the story follows a fictionalized version of Bill Clinton’s first presidential campaign. Stanton is an alluring candidate from the South vying for the Democratic Party’s nomination, but when accusations of a sex scandal come to light he begins to lost his popularity, and he must fight back if he wants to win the presidency. Emma Thompson, Billy Bob Thornton, and Kathy Bates also star in the film. 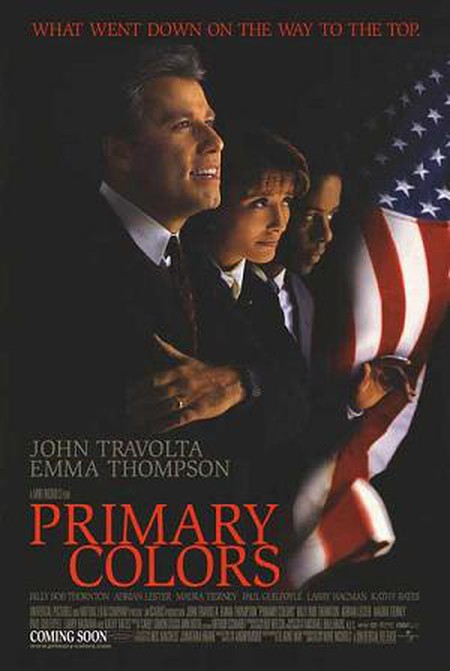 Primary Colors | © Universal Studios/WikiCommons Fair Use
Give us feedback