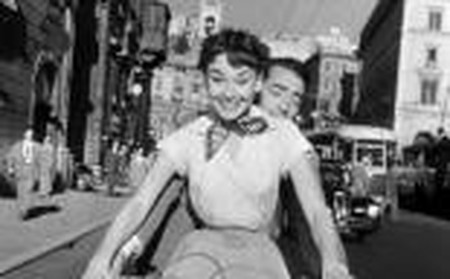 The writer exists in the public imagination as an exciting character, full of wisdom, creativity, and often alcohol. Many movies have told the stories of novelists, journalists, and other passionate scribblers. Here are 10 films about the world’s most masochistic profession.

America was rocked in the early 1970s by the Watergate scandal, in which the Democratic Party offices were burgled and the Nixon Administration was found not only to have been involved, but also to have been part of a large cover-up. The dramatic story was brought to the big screen from the perspective of The Washington Post reporters who investigated the case, portrayed by Robert Redford and Dustin Hoffman. Never have those who use the written word daily been cinematically portrayed as so vitally important to society.

Jack Nicholson, one of Hollywood’s most unpredictable stars, doesn’t seem the type to be cast in a classic ‘romcom’. In fact, his crazed intensity is usually expressed through portraying axe murderers or mob bosses. In 1997 however, Nicholson put his own spin on the romcom genre by depicting reclusive novelist Melvin Udall, a misanthropic loner with crippling O.C.D. Grouchy Melvin wants to be left to write in his pristine flat, but his carefully structured life is disturbed when he starts to bond with a waitress from the local café, Carol Connelly (Helen Hunt). Both Hunt and Nicholson’s efforts were rewarded with Oscars for this intense yet sweet piece.

The Coen Brothers have a knack for producing films that, whilst being immensely watchable, leave you thinking ‘what was that about?’. Barton Fink is no exception: critics have suggested that it tackles Fascism, Hollywood and ideas of the ‘common man’. More obviously, this dark film uses several genres and styles to tell the story of successful writer Barton Fink (John Turturro) and his relationship with a jovial salesman (John Goodman) in an empty L.A. hotel. Although it made very little profit, the film has achieved a cult status like several other Coen productions.

The late Philip Seymour-Hoffman made a career out of playing complex and misunderstood characters. It was his ability to assume such roles that allowed him to transform into Truman Capote, a giant of American literature, for which he won an Oscar. The film follows the portly, urbane Capote as he researches the gruesome killing of a family in rural Kansas. As Capote delves deeper however, his attachment to one of the murderers grows unsettlingly strong. The subsequent book that charted the journey, In Cold Blood, made Capote hugely famous, but the process shattered him – it was the last book he wrote.

Terry Gilliam’s Pythonesque direction brings Hunter S. Thompson’s semi-autobiographical novel to the big screen with twisted vision. Sent to Las Vegas to cover a motorcycle race in 1971, reporter Raoul Duke (based on Thompson himself) decides to go A.W.O.L. with his attorney and enough drugs to knock out a herd of elephants. Duke / Thompson is played by Johnny Depp, a long-time friend of the writer, who proved able to imitate spectacularly his idiosyncratic eccentricity. A film that divides fans of the original book, Fear and Loathing is an undeniably raucous romp through Sin City with one of America’s wildest authors.

No top ten film list would be complete without the master of suspense, Alfred Hitchcock. The London-born director had recently moved to Hollywood and in 1940, set about putting Fascist Europe on the big screen. To tell this story, which was a controversial move in neutral America, Hitchcock made his protagonist a noble journalist for a New York newspaper. Nominated for ‘Best Picture’ at the Academy Awards, the film follows Johnny Jones investigating enemy spies in Britain, eventually uncovering a huge global conspiracy relating to the Second World War.

Woody Allen tells the story of a nostalgic writer in this homage to the lost generation of ‘Golden Age’ Paris. Gil Pender (Owen Wilson) is a Hollywood hack who – you guessed it – longs to be a novelist. Gil is a hopeless romantic, desperate to escape the shallow, materialistic existence that his fiancée has dragged him into. A trip to the French capital proves eventful when Gil travels back in time to the glamorous 1920s and meets his literary heroes: Scott and Zelda Fitzgerald, Gertrude Stein and a combat-obsessed Ernest Hemingway, who help Pender re-think his muddled novel and ultimately, his impending marriage.

Joe Bradley (Gregory Peck) is what many young journalists have in mind when they plan their future careers: a sophisticated expat who spends his day wandering around Rome and charming European princesses. The story in this award-winning classic concerns a bored young royal, Ann (Audrey Hepburn), who absconds from her embassy in the Italian capital in order to experience a true slice of reality. Found asleep on a bench by American reporter Joe, Ann spends a day exploring the Eternal City and unsurprisingly, the pair fall in love.

Miles Raymond – played by Paul Giamatti – represents the negative cliché of writers: a failing novelist who is semi-alcoholic, lonely and unpublished. However, when he goes on a road trip to Santa Barbara wine country – being what you might call a wine aficionado – with his exuberant buddy Jack Cole (Thomas Haden Church), Miles is forced to confront his depressive defeatism. Gently funny and refreshingly sincere, Sideways proved hugely successful with critics and even boosted global wine sales. Its wry take on friendship, love and failed ambition is lacking in cynicism or cliché – an increasingly rare occurrence in Hollywood.

‘All right, Mr. DeMille: I’m ready for my close-up!’ The notorious quotation comes at the end of this tragic Noir tale, typically dark and pessimistic, in which a Hollywood hack becomes fatefully involved with a forgotten film star. Half-crazed by her inability to remain a big star in the age of sound cinema, Norma Desmond (Gloria Swanson) hires impoverished screenwriter Joe Gillis (William Holden) to pen a comeback picture for her. Trapped in her stark Hollywood mansion, the writer indulges his employer’s fantasies to the point of no return. It remains a powerful study of artists who don’t make it in cut-throat Tinseltown.