Through the Lens: The American County Fair in 9 Candid Photos 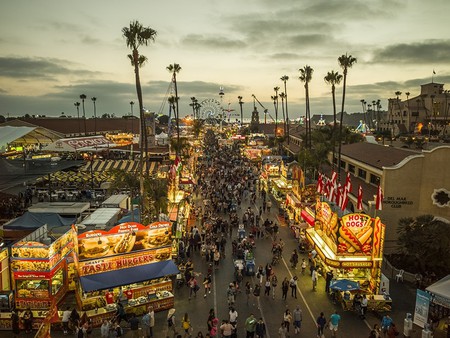 Pamela Littky’s book American Fair captures an America often left out of visions of the country, with visuals of county fairs in small rural communities throughout the nation.

Littky’s photographs capture midway rides, ticket stands, and, above all, fairgoers and carnival workers for whom the fair is more than an annual event, but a way of life. These photographs chart Littky’s journey from California to Florida, catching unguarded gazes everywhere in between. Below, Littky talks about the genesis of American Fair and the methods that inform her stunning pictures. 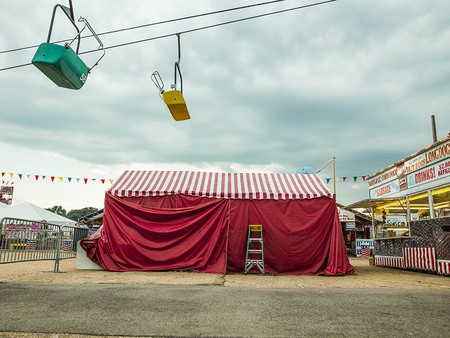 CULTURE TRIP: Your project put me in mind of David Foster Wallace’s famous piece for Harper’s Ticket to the Fair (in which he actually visits the same Springfield, Illinois, Fair that you visit in the book) in which he writes, “I suspect that every so often editors at East Coast magazines slap their foreheads and remember that about 90 percent of the United States lies between the coasts and figure they’ll engage somebody to do pith-helmeted anthropological research on something rural and heartlandish.” To what extent did the communities you visited feel distant from the East and West Coast cosmopolitan centers? Do you agree with DFW’s assessment that in some way they represent 90% of the country?

Pamela Littky: I do love that David Foster Wallace piece! The heartland is incredibly distant from the coastal bigger cities. His assessment seems highly accurate. 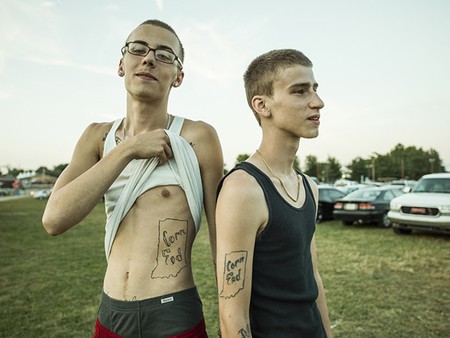 CT: As you traveled from California, through the Midwest, and to Florida, did you see different gradations in the way fairs are experienced? Did they all seem somehow analogous to each other or did certain differences appear, either in the fairgoers or the kinds of amusements?

PL: There were definitely noticeable differences, mostly between the fairgoers themselves. I was traveling with my assistant on this trip. When we first landed in Kansas, the first few fairs we visited were in Coldwater, Dodge City, Cimarron, and Garden City, Kansas. We felt like we stood out, mostly with the clothing we were wearing. But the Kansans definitely had a distinctive heartland look—lots of Wranglers, plaid shirts and bedazzled western belts. When we then arrived in Nebraska and Colorado, there was noticeably more camouflage and jeans and t-shirts. 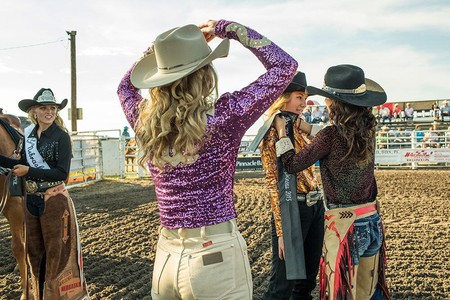 CT: It’s impossible not to notice how desolate many of these photographs appear, sometimes with factory buildings looming in the background. Did you feel that you were recording a disenfranchised or forgotten aspect of the country? Has the fair retained its roots or become something else in the present?

PL: Especially in the more rural areas, a lot of the fairs, in general, seemed to be frozen in time. The original practice of presenting and selling agriculture is still a thriving component of the fair. In the urban areas, the fair definitely seems a little more modern. 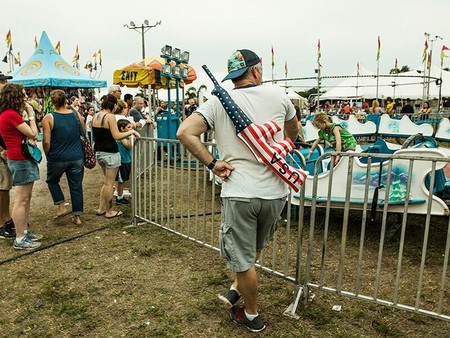 CT: Your past work has focused on Villa Bonita in Los Angeles and communities split by the Mojave Desert. How does American Fair extend your interests in focusing on people’s relationship to their environments?

PL: American Fair is really just an extension of my anthropological observation but with a broader dissection of the population. 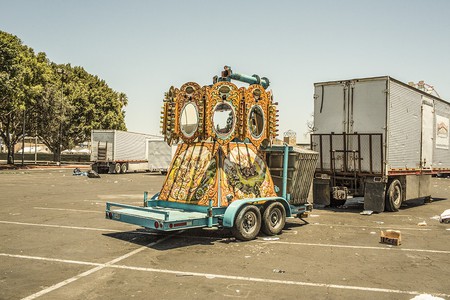 CT: What precedents in photography were you thinking of when framing these pictures? How does your vision as an artist compare with someone like Eggleston or Walker Evans?

PL: I’ve always admired the work of Eggleston, Joel Sternfeld, Larry Sultan, and Stephen Shore, to name a few. I think I’ve always identified with the way those photographers look at things, as I think we share a similar aesthetic and vision. I do think my sense of humor pervades my own style. 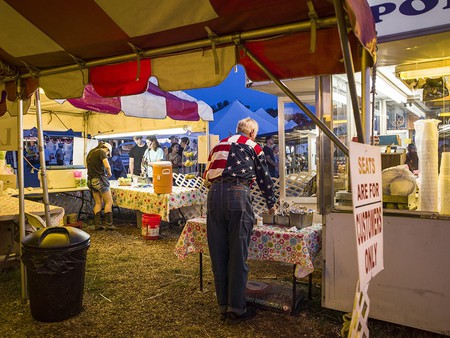 CT: Can you describe your interactions with your subjects? Did you meet any resistance or have a sense of trespass at any point? Did you give any instruction in setting up these pictures or did you have total fly-on-the-wall freedom?

PL: I was walking around a fairground with a big conspicuous camera, so it’s not like I blended in terribly well. I was only met with some resistance once. It was in the town of Coldwater, Kansas, and it was literally the first fair of the entire project. I knew it was a small town but didn’t realize how small exactly. It was a town of only 800 people, so obviously everyone knew each other and knew or could at least sense when there was an outsider among them. After photographing the 4H award ceremony, I was approached by a woman who questioned my motives. I tried to explain to her the best I could what I was doing and what my intention was. And while I was initially met with a crazy amount of skepticism, she ultimately came around and in the end, extended an invitation to my assistant and me over for dinner on her farm. Unfortunately, we had to decline the offer—we had to move on to the next town. Most of the photographs in the series are fly-on-the-wall, but on occasion, I would pose the subject. 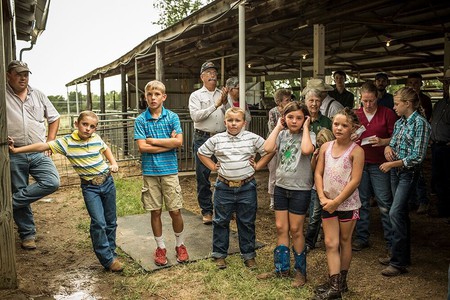 CT: There are actually two visible demographics in these pictures: first the fairgoers/locals and then the carnies, who are itinerant travelers. What was your take on the people that set up and run these fairs as opposed to the ticket-buyers?

PL: Meeting the workers who travel with the fairs and produce all of the events and attractions was one of the most interesting parts of the project. Their world is one of hiding in plain sight, but the people involved and their lifestyles are rarely directly considered by the attendees. The photo of the fair worker in Gordon, Nebraska, always struck me. His trailer is literally about 12 inches from the carousel ride. No one would ever even notice that he was living right there in such close proximity unless you were looking for that. 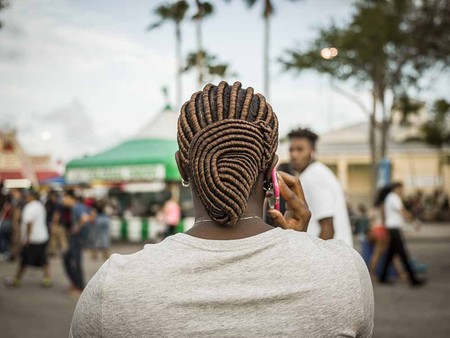 CT: Finally, how do you think the “county fair” of the American imagination compares to the reality? What would you like us to keep in mind as we look at these pictures?

PL: The timelessness was one of the main reasons I was drawn to fairs in the first place. I’ve been going to them since I was a kid, and it’s fascinating how little has changed. These fairs are some of our most enduring traditions, and I found it heartening how they seem for the most part untouched by the divisiveness that seems to have embroiled most of the nation of late. Outside of children, there are few first-timers at these events. Attendees, particularly in the rural areas, have been attending fairs for generations, brought by their parents, and their parents by their parents. Beyond a rich source of lifelong memories, I was struck by how these fairs consistently served as effortless celebrations of
community, just like I imagine they did 100 years ago. 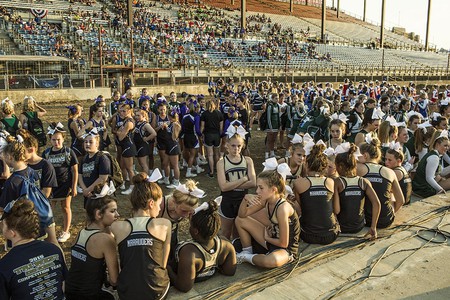 Want more photography from the States? See if you can guess the city from these aerial photos.