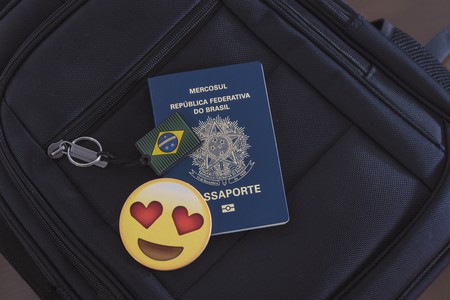 Let’s face it, we all love a good emoji. From the heart eyes to that hiding little monkey, it’s all about self-expression with an added dose of personality and humour. Travel search engine Kayak is now using the fab little icons for more than just self expression. How so? Emoji travel destination searches, that’s how.

To date, the company has rolled out ten combos, all of which ask wanderlusters to pop in their favourite emoji and in return, get tailored results for flights and hotels in cities around the world. For example, choose the Statue of Liberty emoji, and you’ll probably end up with New York, select a shamrock, and boom, you’ll be booking that long overdue trip to Dublin.

But wait, there’s more. Kayak is now asking travel junkies to vote on the next 15 city emoji combos that should be rolled out next. David Solomito, vice-president of North American brand marketing at Kayak, reveals why:

‘As soon as we started assigning emojis to cities, debate over which city should get the pizza, the beer and the baseball emoji began among our team… We decided to start with emoji combinations that were indisputable and from there, open it up to a public vote to help us decide the next round of emojis to add to Kayak.’ Sounds like Tinder for emojis, no? 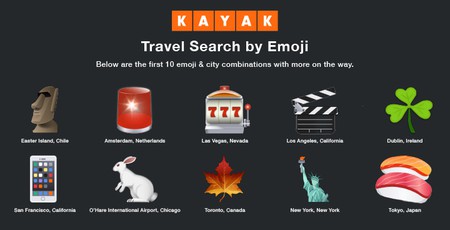 Oh, and just so you know, you’ll be able to vote from exactly four city suggestions.

Voting will run until July 13 and the winning combos will be revealed on July 17 on World Emoji Day. What a coincidence!