This Map Shows The Largest Religions in America 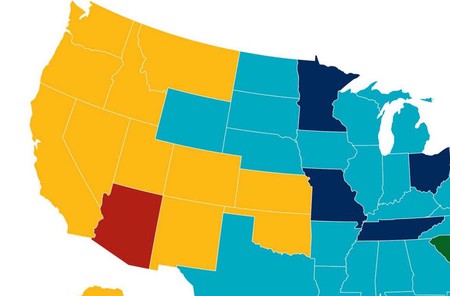 Have you ever wondered what religions ranks first in your nation? Well, if you hail from the United States your prayers have been answered (literally).

The wonderful people at Bank of America Meriill Lynch were wondering exactly the same, and used data obtained from the Association of Statisticians of American Religious Bodies. In the wonderfully colourful piece of cartography below, the bank has mapped the largest non-Christian religions by US State. 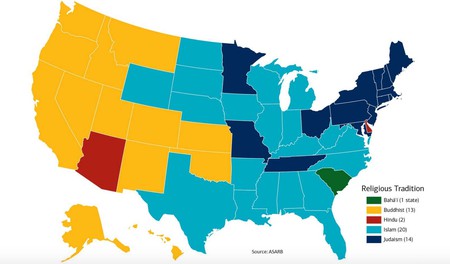 As you can see, the results are pretty surprising. While Christianity reigns supreme in all 50 states, Islam is the second most practiced faith in 20 states, followed by the likes of Judaism in 14 states and Buddhism in 13.

Stumped on what the Bahá’í faith is? Founded in Iran in the 19th century, Bahá’ísm teaches the essential components of all religions, and preaches the unity and equality of all people around the globe.

Love maps? This one shows you the second largest nationalities in every country in Europe!