This Map Shows Everyone's Favourite HBO Show, and No It's Not 'Game of Thrones' 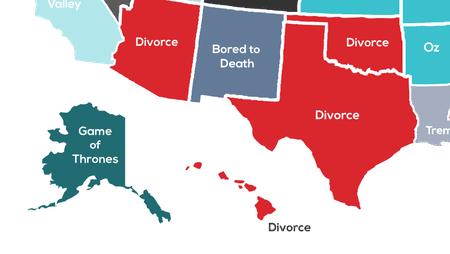 We all know that HBO creates the best shows on planet Earth – Umm, hello Game of Thrones and Sex and the City, but what’s each US state’s fav HBO show? All has been revealed in a new poll created by CableTV.com & West Frontier, and the results are pretty, well, surprising.

So the map basically shows the whole of America loves Game of Thrones right? Well no, and we’re just as surprised as you are. With so much to watch at the mo, it seems geography was the most important factor in the results. For places like New Jersey, The Sopranos was the clear fav and the trend followed on down the eastern seaboard: The Wire for Maryland, Ballers for Florida. Unsurprisingly, New York’s winner was Sex and the City, but Silicon Valley for California – really? 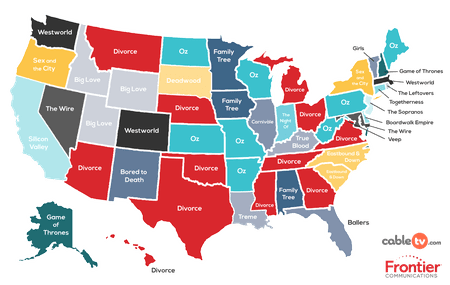 Creative, but not necessarily something to be taken seriously, the map is still a great way to see what the people of the United States are tuning into on their televisions.

And if you’re looking for a spot of small-box inspo for what you should start watching this month, what better place to start, eh?

Here’s the list of America’s favourite HBO shows in full:

Love maps? This one shows you America’s favourite Netflix shows!