This Awesome Map Shows Every Country's Most Popular Attraction

What’s on your bucket list? We’re guessing it’s something like: zip line through the jungle, surf in Australia and see the Northern Lights.

But when you’re in a country for only a few days, it can be tricky to work out what you want to do. That’s where this map comes in.

The map shows the most popular attraction for every country in the world, rated according to the ‘things to do‘ TripAdviser tool.

This map every country’s most popular attraction | © Vouchercloud

Created by VoucherCloud, the destinations shown might not be the ones you expect – there’s no Buckingham Palace in the UK, for example – but they are the ones that TripAdviser reviewers believe gave them the most consistently good experience.

From zip lines in Fiji to a kayaking water park in Dijibouti, you can be certain that whatever country you’re in, you’ll have an amazing time at these places. 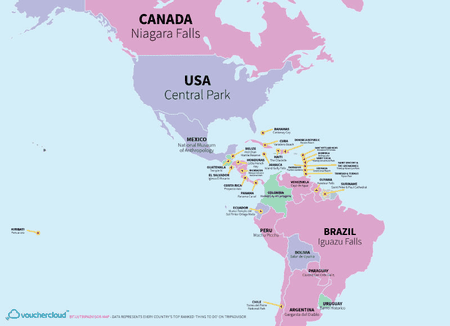 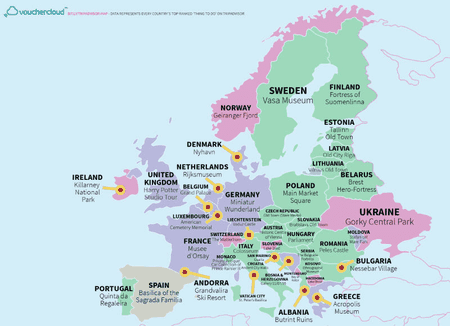 Europe is concerned with culture | © Vouchercloud

Traditional tourist attractions on the map include The Great Wall of China, Table Mountain, Niagara Falls and Sydney Harbour, which all make a welcome appearance on the list.

Natural wonders are the most popular pick, with 76 of them shown on the maps. There are 54 historic attractions, 38 traditionally touristy attractions and 29 attractions concerned with religion. 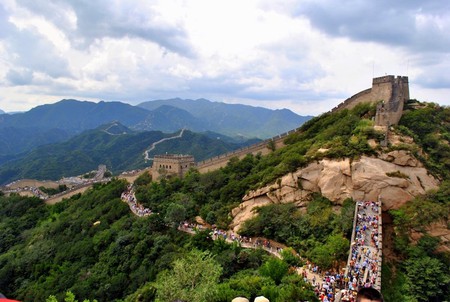 Western Europe seems to be tourism focused, while Eastern Europe is favoured for its historical sites.

On the other side of the pond, the Americas and their attractions are predominantly natural, as is much of the Caribbean (well, think of those beautiful beaches…).