Concert Ticket Prices Vary Across the U.S. Based on Your City 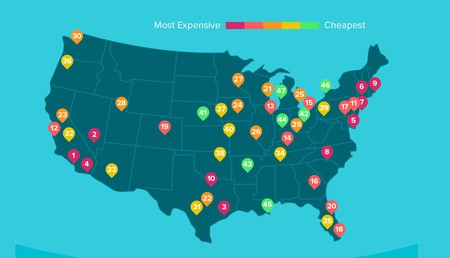 Living in a city like New York, Los Angeles, or Seattle, one expects the prices of catching their favorite artists in concert to match the high cost of rent. However, a recent study proves that the most expensive cities do not always equate to the most expensive concerts.

Travel startup Wanderu recently examined the average cost of concerts across 47 cities in the United States, using a normalized baseline price of $100 in New York.

Find out where your city registers on the chart below.

Wanderu used the highest-price general admission tickets from 13 tours—hitting arenas and stadiums with a capacity of 10,000-plus visitors—taking place in or scheduled for 2017 and 2018. Some of the artists included were Bruno Mars, Kendrick Lamar, Ed Sheeran, Lorde, The Weeknd, The Killers, and Katy Perry, and so it should be noted that the variation in prices between locations might not be as significant for lesser known artists performing at smaller venues.

“We analyzed tickets prices to determine pricing trend across different regions and examined how said trends varied across different venues and artists,” the study explains. “Finally, we normalized the prices for every single concert across all performers based on the ticket price for their shows in New York City. We used NYC as a benchmark because all featured artists had at least one planned performance there.”

While opting to attend a concert in Grand Rapids when you live in Los Angeles or Las Vegas is both illogical in terms of both time and money, there are certainly regional moves that could work in your favor. If you live in New York City, Boston, or Uncasville, why not finally take that weekend trip to Buffalo you’ve been talking about for years and catch a concert while you’re in town? Why not take a respite from the work grind in Houston or Dallas with a little fun in The Big Easy? Angelenos, when was the last time you were in Fresno, or visited that friend you have in Portland or Seattle?

For those looking for a clearer picture on the best options, Wanderu has also conveniently broken down the U.S. into regional maps. Check out a few below, and the rest on their website. 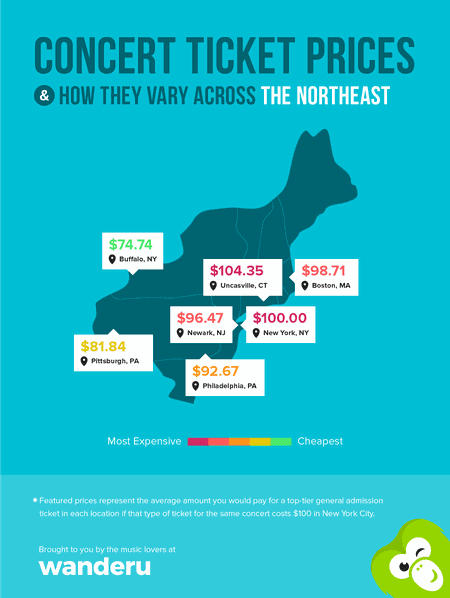 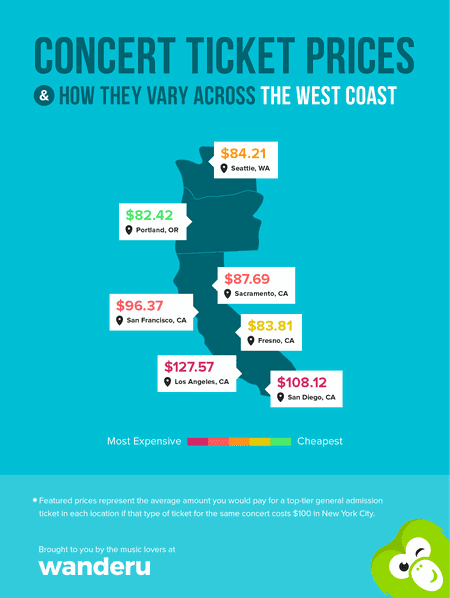 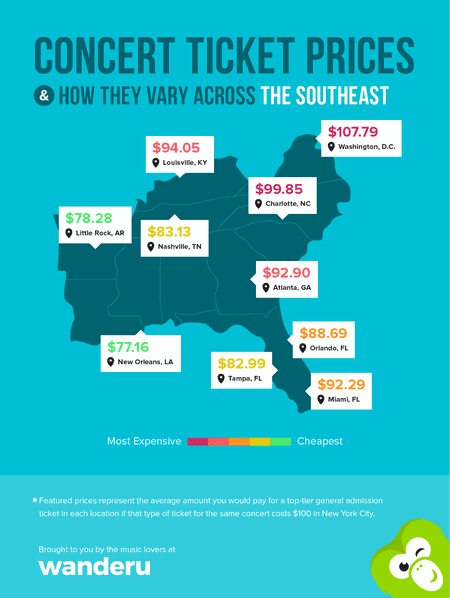 © Wanderu
Give us feedback