This Is Why You Get Goosebumps When Listening to Music 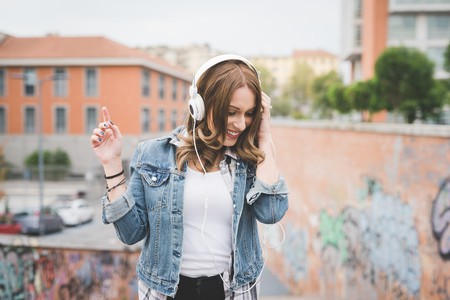 Do you ever get goosebumps when listening to music?

Sometimes known as ‘skin orgasms’ (yes, really), the scientific name for this sensation is ‘frisson’ – and a new study has just revealed that those who experience it while kicking back to their favourite tunes are actually more in touch with their emotions.

US student Matthew Sachs, who made the discovery as part of his undergraduate studies at Harvard, discovered that not everybody has experienced this type of music-induced sensation and that those who do have a brain that works differently from others.

He ran a test involving 20 students with half of the participants claiming they got goosebumps when listening to certain songs. He took brain scans of each participant and analysed the results.

Sachs found that those who experienced frisson, as opposed to those who don’t, had more neural connections between their ‘auditory cortex’, in charge of emotional processing centres, and their ‘prefrontal cortex’, which is involved in ‘higher-order cognition’ such as listening to music. From this, he deducted that people who experience chills have stronger and more intense emotions.

Writing in the Oxford Academic, Sachs said: ‘The idea being that more fibers and increased efficiency between two regions means that you have more efficient processing between them.’

Sachs plans to continue his research on frisson and how it affects the human mind. He thinks that his findings might be used to treat mental illnesses, including depression. ‘Depression causes an inability to experience pleasure of everyday things,’ he said. ‘You could use music with a therapist to explore feelings.’