This Is Everything Donald Trump Eats in a Day 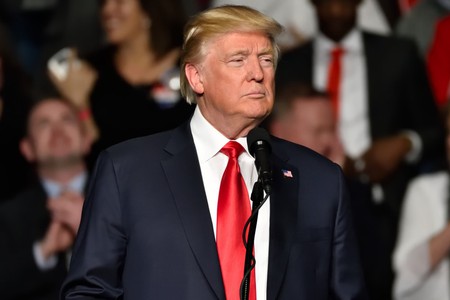 The diets of famous people are fascinating. We all have to eat, and seeing how people nourish themselves can be very revealing.

Accordingly, Donald Trump’s diet has been the subject of much debate. 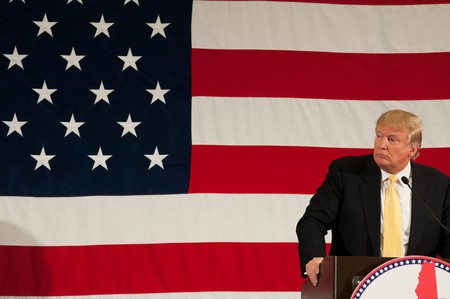 The man has been so scrutinised in every aspect of his life that his food choices have come to represent the president himself. Weighing in at 239 pounds and measuring 6 feet, 3 inches tall at a physical examination in January – in ‘excellent health’ according to the White House doctor (but measuring just a single pound below obese under guidelines issued by the Centers for Disease Control and Prevention) – we’ve taken a look at the everyday diet of the president of the United States. Would you eat what he eats?

Trump’s not big on the first meal of the day. When speaking to Fox News’ Jesse Walters in 2016, he said: “If I can, I’ll avoid breakfast. In terms of that, I will have a lunch but my big thing is dinner. Breakfast, Jesse, if I can avoid it, I’m very happy to do that.”

When he does break his fast in the morning, he eats either bacon and eggs, cereal or a McDonald’s McMuffin. He doesn’t drink coffee or tea. He said: “My favourite would be bacon and eggs…bacon medium and the eggs over-well.” 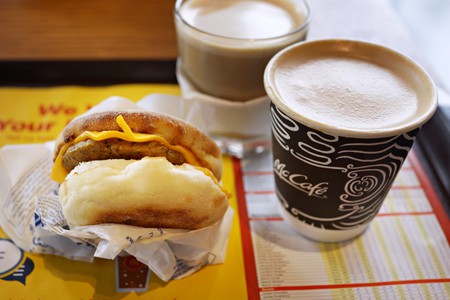 If you’re not familiar with American diner egg parlance, that means that the egg is fried and flipped during cooking and has an intact, fully-cooked yolk.

A dietitian who analysed Trump’s diet for The Guardian said that the president should be “replenishing the nutrients his body can’t store overnight”. Jo Travers, who as well as being a dietitian is the author of The Low-Fad Diet, said of the bacon: “It’s a processed pork product, which has been linked with cancer, so his risk of developing the disease will go up. His high-protein diet can put added pressure on his organs if he doesn’t drink enough water.”

Trump reportedly isn’t a fan of eating much during the day. His food habits are revealed in the book Let Trump Be Trump, written by former campaign manager Corey Lewandowski, where he claims “the president would usually go 14 to 16 hours without eating”.

He is a fan of meatloaf, however. In 2005, he and Melania appeared on Martha Stewart where they prepared a meatloaf sandwich, which Trump said was his favourite kind. 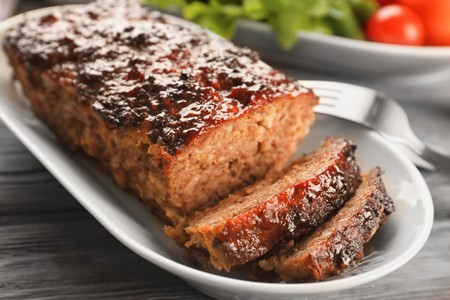 Meatloaf, which Trump enjoys in a sandwich | © Africa Studio / Shutterstock

Travers says that a meatloaf sandwich is a decent lunch, but advises having it with brown bread. She said: “Meatloaf is essentially just meat. There’s no roughage. And no fibre impacts on gut health. If you don’t feed your gut bacteria with fruit and vegetables, that can impact the immune system and lead to infections.”

This is where Trump goes to town, having eaten lightly the rest of the day. He’s a huge fan of fast food, including McDonald’s, Burger King and KFC – but not just for the tastiness and reliability. He likes fast food from a safety perspective. CNN quotes Trump as saying: “One bad hamburger, you can destroy McDonald’s. One bad hamburger and you take Wendy’s and all these other places and they’re out of business. I like cleanliness, and I think you’re better off going there than maybe some place that you have no idea where the food is coming from.”

His preferred order, according to Lewandowski, is “a full McDonald’s dinner of two Big Macs, two Filet-O-Fish sandwiches, and a small chocolate shake – a total of 2,430 calories.” Trump spoke to CNN host Anderson Cooper about his order, saying: “It’s great stuff.” 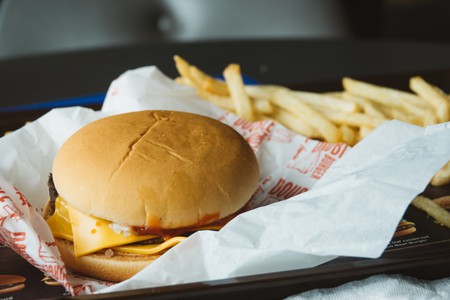 He loves McDonald’s so much, in fact, that he asked the White House kitchen to recreate the food. Annie Karni, from Politico, wrote that the in-house attempts to copy the food ‘couldn’t match the satisfaction’ of the originals.

Trump is also a fan of pizza, although he doesn’t like to eat the crust.

When he’s not eating fried chicken or burgers, Trump enjoys a good steak. He likes them cooked well done, and served with ketchup. A waiter who served Trump and guests at the BLT Steakhouse said: ‘The President ordered a well-done steak. An aged New York strip. He ate it with catsup (ketchup) as he always does. The sides and appetisers on the table were shared. Three jumbo shrimp cocktails were delivered before the meal.’

Trump has a definite preference for how he likes his steak cooked. His former butler said: ‘It would rock on the plate, it was so well done.’ 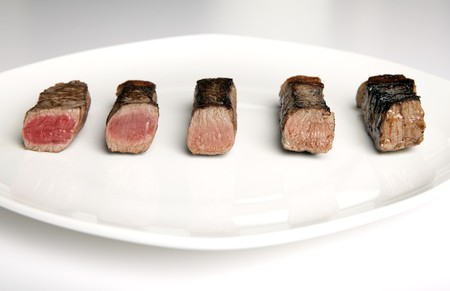 Donald Trump doesn’t appear to like trying new things. When he dines at Jean-Georges, a restaurant with three Michelin stars in the Trump International Tower in New York, Chris Christie says he requests a personalised order, ‘the special thing you made for me’, rather than experiment with the restaurant’s other creative dishes.

When it comes to eating at the White House, which happens frequently in the life of a president, Trump again has a preferred eating pattern. TIME reported that Trump seems to like being served slightly different food to that of his guests. When they are served creamy vinaigrette on their salad, he receives Thousand Island dressing. When served chicken, he’s the only one who gets extra sauce. And for dessert, he gets two scoops of vanilla ice cream with his piece of chocolate cream pie, when everyone else is stuck with one.

The president loves Diet Coke, reportedly drinking 12 cans a day. He doesn’t drink alcohol, perhaps because his brother had a problem with the substance and told Donald not to drink. 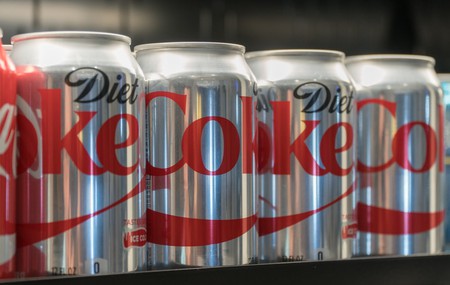 He likes to snack on crisps, and apparently had the White House kitchens stocked with Lay’s potato chips and Doritos.

Travers says that Trump’s chefs and advisers should think about a slightly more balanced diet, and that a plate of food ‘should be half-filled with fruit and veg, a quarter with carbohydrates and a quarter with proteins.’ 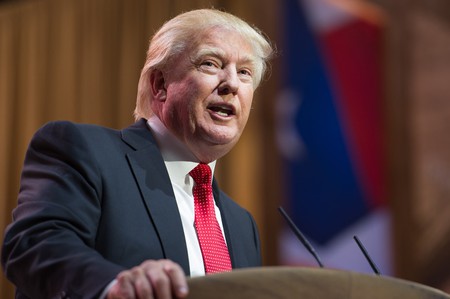 She also worried about his lack of food that contains omega-3s, such as oily fish, nuts and seeds. ‘His body will substitute with other types of fats, which are less fluid, making it harder for neuro transmitters to get through. This is linked to mood disorders’, Travers said.

Bloomberg has reported that Trump has been eating differently in recent weeks, with one source saying that he hasn’t eaten a burger for two weeks and has swapped his usual fare for soup and salads. So far Trump has embraced the routine.