This Epic US Road Trip Takes You Through 47 National Parks 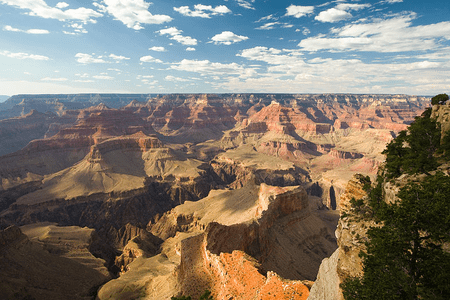 Randal S. Olson – a data scientist, researcher at the University of Pennsylvania, and optimal search path guru – has released the newest edition to his list of epic road trips with the ultimate national parks bucket list. In celebration of the National Park Service‘s 100th birthday this month, the route covers 47 of the 59 protected areas operated by the National Park Service.

The US national parks are known for their immense beauty, ‘unusual ecosystems, unique geological features, and recreational opportunities.’ These national wonders, along with their wildlife, have been designated by Congress as historic lands that are to be preserved for future generations. Twenty-seven of the 50 states have national parks, including Alaska, Hawaii, and other US territories; however, with a vehicle as Olson’s chosen method of transport, the road trip only includes the 48 lower states, spanning 14,498 miles from Acadia National Park in Maine to Redwood National and State Parks in California. 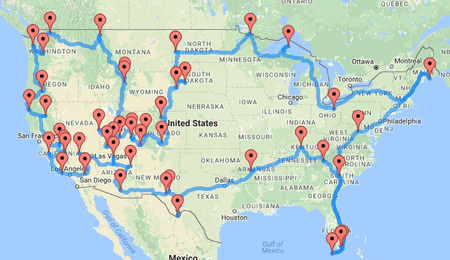 Known for his ‘foolproof strategy’ for finding Waldo in the popular Where’s Waldo? books, Olson has developed this optimized route using an algorithm called the Gurobi TSP solver. TSP, or the Traveling Salesman Problem, is one of the most studied mathematical problems in computer science – data scientists spend hours upon hours studying how to find the shortest and most efficient route for hitting a set number of destinations in the shortest amount of time, with the end of the route bringing the traveler back to their original starting point.

Olson estimates the trip will take about two months to complete, depending on your pace and tolerance for long drives; but, he’s created a loop-shaped route within the mainland US so that road trippers can hop on at any point and continue along the route. Keep in mind, however, that national monuments and historic sites aren’t included on the road trip – this one goes out to the national parks. 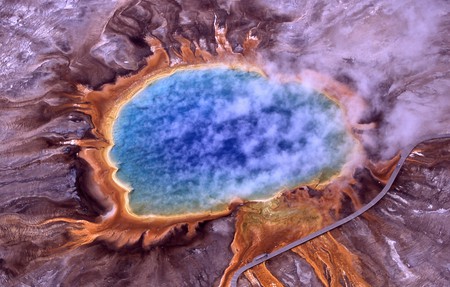 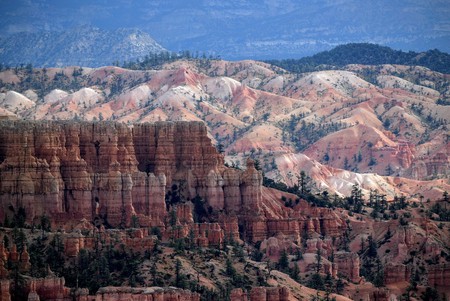 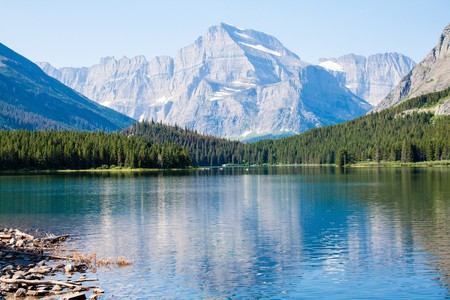 For the interactive map, head to Randal Olson’s own blogpost on this amazing road trip.