This Dancer Uses Movement to Break Down Language Barriers 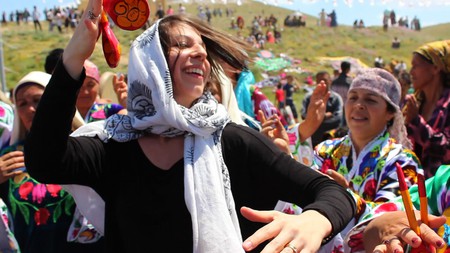 Born to immigrant parents, Mickela Mallozzi hails from a Connecticut household in which traditional Italian cooking, dancing, and singing constitute togetherness. Her family’s shared rituals prompted a fascination with the folk customs of other cultures, and, having caught the travel bug, Mallozzi learned that her penchants for music and dance could help her transcend linguistic barriers and serve as gateways to the world. From this revelation came her Emmy Award-winning television series, Bare Feet.

Mickela Mallozzi promised herself that she would travel at least once a year. And when she journeyed to a place where she couldn’t speak the language, she’d connect with local residents by dancing with them. 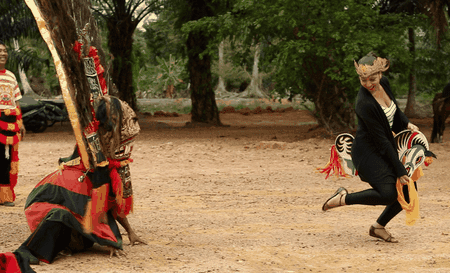 As a trained dancer and musician, Mallozzi used both forms of non-linguistic communication to forge connections with the people whom she met over the course of her travels. After six years, she left the music industry to become a full-time dance teacher—but the meaningful relationships she established through her practice stood out to her above all else. She was on the periphery of her calling, but teaching wasn’t quite it.

“For me, dance was the language that allowed me to break down those barriers with complete strangers,” Mallozzi explains. “Traveling wasn’t about taking a selfie in front of the Eiffel Tower, it was about the people I met along the way.” The real significance was in the cultural exchange—a local willing to transmit a part of their culture to a receptive stranger. 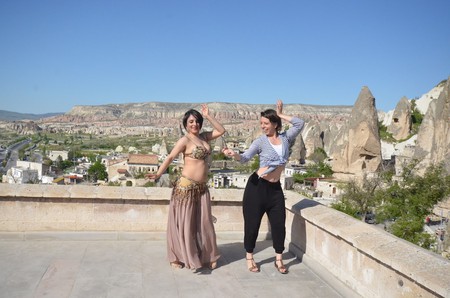 Mallozzi began to document her encounters on a blog, which evolved into a web series. When she garnered an unexpected following, she realized that her passion project also meant something to her viewers. “I was initially doing this for totally selfish reasons,” Mallozzi tells me. “I wanted to travel the world, dance with as many people as possible, and learn as many dances as I could. But I found that sharing these experiences also inspired people to get out of their own comfort zones.”

Aware that she was cultivating something of importance, Mallozzi felt unequipped to move forward and continue exploring foreign traditions without revisiting her own first. So she and some friends hopped a flight to the Southern Italian city of Minturno—the small, coastal region from which her parents emigrated in the 1960s—and filmed an unofficial pilot for what would eventually become the first episode of Bare Feet with Mickela Mallozzi, an Emmy Award-winning television series on PBS and Amazon. 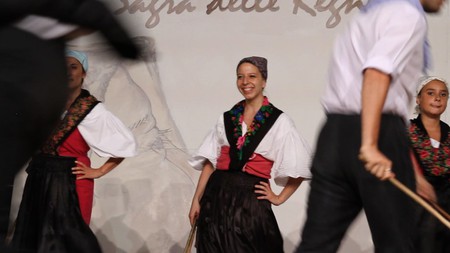 Mickela Mallozzi on stage with I Giullari | © Bridget Palardy

Currently gearing up for a third season, Mallozzi has already danced her way across 13 destinations in season one, and across New York City in season two. She tangoed in Buenos Aires, rang in the Scottish new year with a traditional highland ceilidh, and waltzed through Vienna; but Bare Feet asks more of its audience than to get up, get out, and dance. Dance is also a crucial lens through which Mallozzi examines the nuances of a culture’s backstory.

Season one, episode five stands out for Mallozzi. Titled The Lumbee Dance of the Spring Moon, the episode didn’t take Bare Feet’s team too far from home; rather, they ventured to Lumberton, North Carolina to join a Lumbee Powwow. A historical amalgamation of Siouan, Algonquian, and Iroquoian-speaking peoples, the Lumbee are 55,000 members strong, yet they’re still not federally recognized. One of the pre-requisites for federal recognition, Mallozzi says, is language, but the Lumbee lost their dialects long ago as a result of colonization. 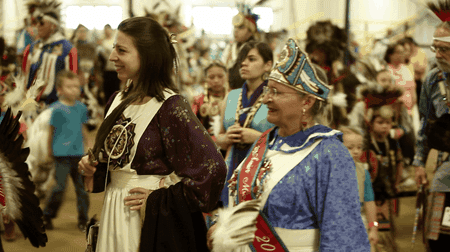 Each May in Lumberton, the Lumbee celebrate their heritage through traditional foods, ceremonies, music, singing, art, and dance. However, The Lumbee Dance of the Spring Moon does more than showcase the festivities—it acquaints viewers with integral facets of Lumbee culture, explores the region, and guides them through some of the most important Lumbee artworks and artifacts housed on the campus of UNC Pembroke, the first American university for Native American students.

In season two, Mallozzi went hyperlocal. “We traveled the world within the five boroughs,” she said. From Broadway to the Balkans, Mexico to Haiti, Mallozzi explored the myriad folk customs of ethnic groups across New York City. While she was assisted by tourism boards in season one, all of the subjects featured in season two are friends, or friends of friends. “Dance is how I experience New York,” Mallozzi tells me, noting the interconnectedness of the city’s numerous dance communities. 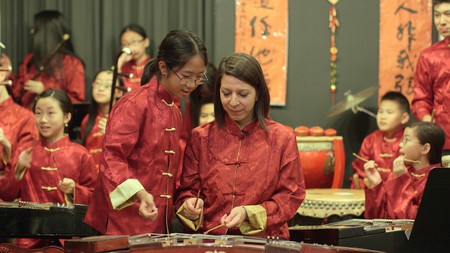 Currently, Mallozzi is working on the third season of Bare Feet, but prefers to keep the details a mystery for now.

“It’s such a divisive time,” she tells me. “It’s dangerous to feel like you need to stay home to stay safe. People let me into their communities—they don’t know me, but they’re so welcoming and so warm. It’s overwhelming when a complete stranger shares something so intimate with you.”

Bare Feet with Mickela Mallozzi is available on PBS and Amazon Prime. A new podcast will be available in March 2018 here.