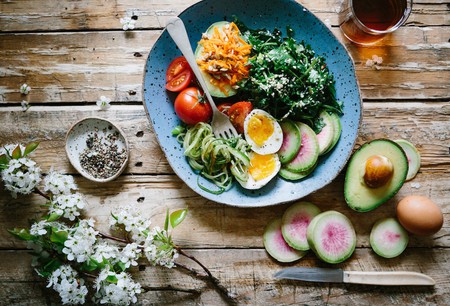 My parents, who have been together since they were 16, had been vegetarian for many years by the time they had me, so even when I was gestating in my mother’s womb none of the nutrients I received were from animal flesh.

As a veggie kid growing up in the ’80s and ’90s, my friends’ parents would sometimes balk when I came to dinner, unsure of what to serve me beyond the standard chicken nuggets, and in my teens and early twenties I would often get interrogated with questions like: “What exactly do you eat then?”, and “Aren’t you protein and iron deficient?”

Once, a co-worker, on learning my three siblings are I were all raised vegetarian, remarked: “That’s practically child abuse! They should have waited until you were old enough to make your own decisions”, but none of us have a choice before we learn to feed ourselves, and I feel lucky that my parents instilled in me a deep sense of empathy, as well as an appreciation for the nutritional importance of nuts, lentils and beans.

Not only was vegetarianism in opposition to the diet status quo back then, it was also perceived as a direct judgement on those who ate meat, so virtual strangers would feel compelled to start unprovoked arguments with me. For years I had to defend my right to eat, or not eat, whatever I wanted, until eventually—and quite suddenly—vegetarianism just stopped being seen as challenging.

Wellness became a thing, meaning it’s now considered trendy to care about your health and to educate yourself on the benefits of less conventional diets. The inhumane conditions of animal rearing and slaughtering were exposed, and evidence emerged that meat production is one of the biggest contributors to the destruction of our environment, neither of which sat well with people’s consciences.

It’s been fascinating and heart-warming for me to watch a plant-based lifestyle go mainstream, fueled in no small part by compassion—for the planet, for animals, and for our own bodies. Here, some who have made the transition share their thoughts on going veggie. 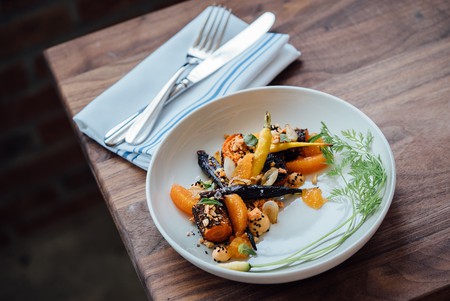 Photo by Adam Jaime on Unsplash

I’m pretty much vegan but prefer to call it “following a plant based diet” so I can be flexible if I need to be. I won’t freak out if something has butter added or honey in it. I’m in Italy at the moment and so far it’s been fine, but today I had to pick the ham off my pizza!

I stopped eating animal products because, while we cannot feed our world’s population adequately, we are still dedicating valuable land and using huge amounts of water to growing feed for cattle. Animals reared for meat are polluting our waterways and our air with greenhouse gases. Our rainforests are being destroyed to create grazing pastures for cows, and environmental organizations are not talking about this because people would rather donate money every month than stop eating burgers. It is impossible for everyone to eat the amount of meat, fish, and dairy we currently do in a sustainable way.

That said, I don’t think it’s for everyone and what’s great is that people are making small changes to reduce their impact on the earth and animal welfare by eating less meat. It’s good for people to take the change slowly and remember you’re doing it for you and the earth—you don’t need to be ‘vegan’, or any other label. It’s amazing how people are so much more critical of your diet choices when you say you need a vegan meal than they are about the person next to you filling up on chips, red meat and cake!

I was at my best friend’s sister’s house, who is vegetarian, and she has made us this amazing meal. It tasted so good—I couldn’t believe I was enjoying it so much without meat. We then got onto discussing the meat and dairy industry and how badly the animals are treated. I guess I had never really thought about it until then, as we select the things we think about, especially when it comes to which animals we eat and how they are treated; why would we find it okay to eat a pig or cow, but not a dog or a cat?

I tried to get these thoughts out of my head—I could never give up meat, I loved the taste too much and it would be so inconvenient!—but later that night I watched five documentaries about the meat and dairy industry and I couldn’t believe how selfishly I had been thinking. I never touched meat again and I do not miss it one bit. It was the easiest transition I ever made. 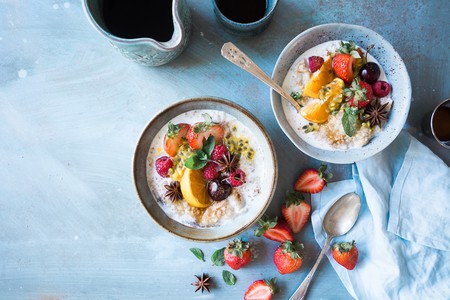 Martha MacGregor (vegetarian for less than a year)

I was a vegetarian when I was younger, around 16. I had always found the idea of eating meat (when I thought about it) a bit queasy and I was very squeamish about touching raw meat, but I went back to eating it because it was always such an inconvenience for people and I was still at an age where I wasn’t really responsible for making my own meals.

I dated a guy who was into deer stalking for a while, and he made a very compelling argument that he was at least connected to the animal that he went on to eat, whereas I was happy to pick up meat from a supermarket with a deliberate lack of awareness about the treatment the animal had received. I realized that if I was prepared to judge someone for killing animals, I didn’t really have the right to eat animals that someone else had killed.

I have been surprised by my complete lack of craving for meat at all. I have not once wished I could have meat or fish since I gave it up.

I quit meat slowly following conversations with a couple of my doctors in my late teens and early twenties. I suffered from migraines and my neurologists gave me a long list of things to avoid. Being in college, certain things were more difficult than others (like alcohol), but processed meat was an easier place to start.

After deli meats, I started to limit my intake of processed red meat. I noticed that I felt great, my migraines had reduced in frequency, I had a lot of energy throughout the day, and I was genuinely enjoying a more plant-based diet—getting more creative with the types of veggies and meat-free dishes I was cooking. About 18 months after I stopped eating red meat altogether I “gave up chicken for Lent” to see how I would feel and whether I would miss it (not exactly in the true spirit of the Lenten season, but whatever). It turned out that I didn’t miss it at all and that was the last step in the veg transition for me.

I really don’t get migraines at all anymore. Sometimes I miss the convenience of eating meat, particularly when I’m traveling abroad or when I’m a guest in someone’s home because I don’t want to come across as fussy or be insulting. But that’s more my own sensitivity; in general people are really understanding and accommodating. 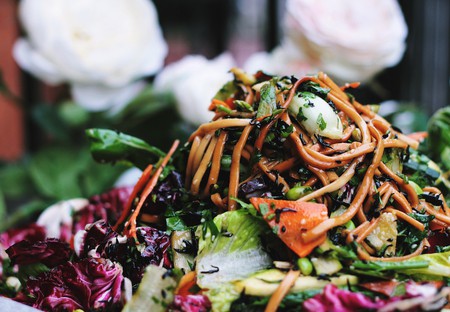 I had eaten veggie on yoga retreats, but I didn’t take the plunge until I met my vegetarian boyfriend. For a while I had wanted to commit to giving up meat for environmental reasons—not to mention our messed up culture of fast food, processed meat, mass production, and total disconnection from what we put in our bodies—and as my boyfriend and I started sharing meals I suddenly realized how easy it could be.

I definitely think it’s important to do the research and eat sensibly. I see too many young girls who have jumped on veganism for the trend factor and eat fruit bowls for every meal, or who simply carb load on pasta and bread.

Vegetarian life is going great. Even now, while I’m currently traveling in rural areas of the Himalayas, Nepal and Thailand!

It actually started out as a sustainability thing first of all. I watched the documentary Cowspiracy on Netflix and pretty much went from meat eater to vegan overnight.

I have to say, having started reading into things a bit more, if someone were to ask me now why I’m vegan I would say compassion for animals every time. I basically didn’t know how they were treated in the meat, egg and dairy industry, and when I found out I was so shocked and upset that this sort of overtook sustainability in my reasoning.

I definitely don’t get colds as much and seem better at fighting things off when I do. I’m not sure how much of this I can directly attribute to vegan foods—it’s more a case of making an effort to get those extra nutrients, and probably doing a better job than I did when I just ate meat and dairy and didn’t think about it. It did also dawn on me the other day how much better my skin is since cutting out dairy.