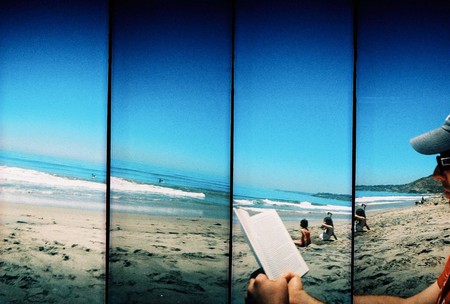 Memorial Day is officially the day America honors those who died in service to this country and unofficially the day America honors the beginning of summer. To mark the occasion of the latter, most public beaches officially open back up to the public, an event that will see hordes of untanned bodies eager to soak up some much needed sunlight. If you are among the countless thousands that engage in this tradition, you’re going to need a good book to kill the time. Here are some suggestions based on our recently reviewed titles. 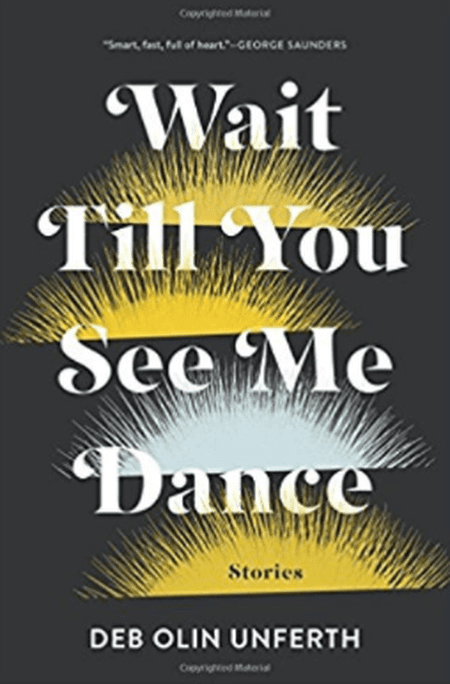 Wait Till You See Me Dance by Deb Olin Unferth
What is it: A collection of idiosyncratic stories regarding creepy oceanside resorts, peculiar families and pets, and odd internet exchanges.
What our critic said: “There isn’t a story in Wait Till You See Me Dance that isn’t executed with the same painstaking care, wit, and strangeness…You’re never sure if they’re wise or deranged, maybe both, but it’s a delight to clatter about in Unferth’s narratives, finding bits of insight and little truths at every turn.”
Our favorite passage: “She could see she was becoming a thoroughly unlikable person. Each time she opened her mouth she said something ugly, and whoever was nearby liked her a little less. These could be strangers, these could be people she loved, or people she knew only slightly whom she had hoped would one day be her friends. Even if she didn’t say anything, even if all she did is seem a certain way, have a look on her face, or make a soft sound of reaction, it was always unlikable—except in the few cases that she fixed herself on being likable for the next four seconds (more than that was impossible) and sometimes that worked, but not always.”
Read the full review here.

Shot, Blue by Jesse Ruddock
What is it: A lyrical novel about a boy who comes of age motherless in a North Canadian lakeside town.
What our critic said: “Ruddock’s masterful cinematic narrative is alluring. Similes and metaphors like how a road “peels” under footsteps “like skin off rotten fruit” shine throughout. Ruddock’s prose style is often this painterly, a talent she is unafraid to wield with bravado.”
Our favorite passage: “The sky was encouraging her, Marie thought, looking out the back window filled with light like a swimming pool. The sky couldn’t be more blue. It wasn’t the blue of clothes and bedspreads, not the blue of a pen, and not even the blue of painted things, like the handles of her father’s tools, which he painted blue so that everyone knew they were his. Marie slowly grew infuriated that she could draw no comparison between this blue and something that she could put her hands on. It was infuriatingly blue. The idea of blue. Not her idea…someone else’s idea.”
Read the full review here. 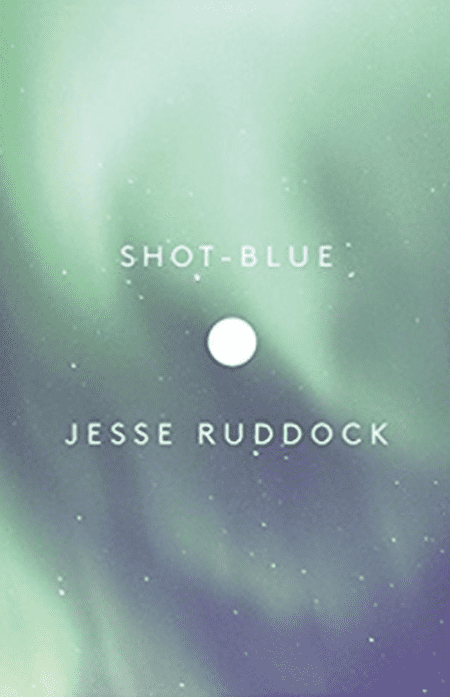 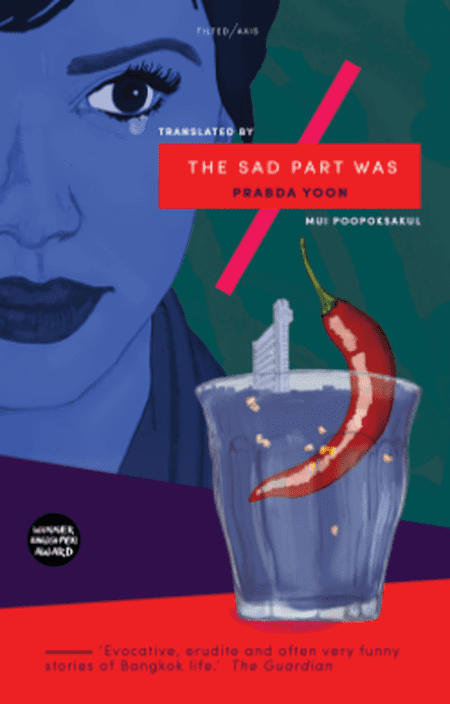 The Sad Part Was by Prabda Yoon
What is it: Humorous tales set in contemporary Thailand that highlight the plights of an increasingly Westernized Bangcock
What our critic said: “The publication of The Sad Part Was, a bodacious and offbeat collection of Yoon’s early stories primarily set in Bangkok, lays an unchallenged claim to being the first work by a contemporary Thai writer to appear in an English translation in the 21st-century, if not longer. While that factoid would be enough of a cause célèbre for international literature, Yoon’s too much of a stylish oddball to be mere filler for a cultural lacunae.”
Favorite passage: “‘Let me ask you a stupid question,’ he said, flashing a quick smile into the camera. ‘This secret, did it look mysterious? Did it have the appearance of something weird or mysterious?’ The traveler shook his head. His neck folded. He could only look at the flip flops on his feet. Weird and mysterious? He could no longer remember. After all, there are no secrets in this world. The producers cut to the commercials.”
Read the full review here. 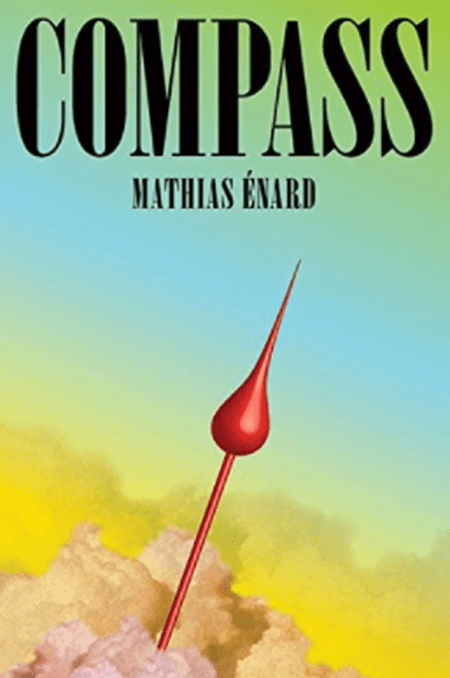 FOR THE ROAD TRIP

Compass by Mathias Énard
What is it: A French musicologist’s late night reverie recounts how he came to fall for a scholar caught in the intricate tension between Europe and the Middle East.
What our critic said: “It is certainly one of the most important humanist principles to understand that no cultural distinction is ever material for generalization. That is: peoples, through shared history and shared humanity, are never vastly different from one another in either aspiration or outlook. A point Énard explores with rare depth, and nostalgic beauty.”
Favorite passage:
“The book of night, the book of struggle against death…without that dream of the Orient (the dream in Arabic, Persian, and Turkish, stateless, which we call the Orient), no Proust, no In Search of Lost Time. With my flying carpet and its built-in compass, where would I go? The Viennese dawn in December will be worlds away from the desert dawn.”
Read the full review here. 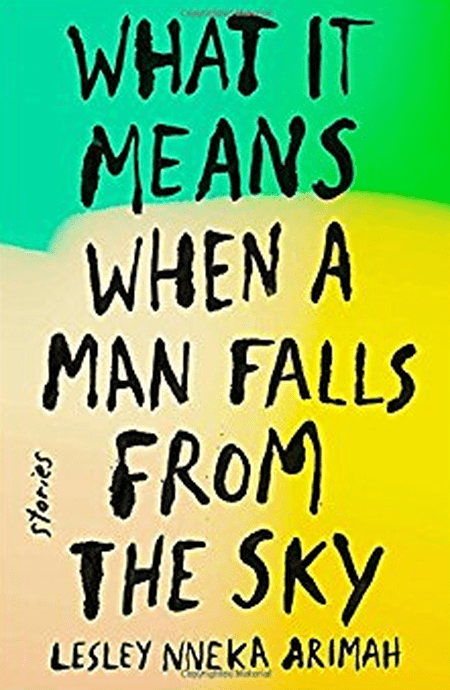 What it Means When a Man Falls from the Sky by Lesley Nneka Arimah
What is it: A gathering of narratives that frame generational miscues and cultural identity conundrums within fantastical contexts.
What our critic said: “By playing with time and genre elements to amplify strangeness, Arimah expertly creates a patchwork of form and style that is textured, but uniformly so. It’s clear that these pieces are bound to one another, like a chorus of misfit storytellers gathered to illustrate the speed bumps of life that await us on the slow drive to self-actualization.”
Favorite passage: “The yarn baby lasted a good month, emitting dry, cotton-soft gurgles and pooping little balls of lint, before Ogechi snagged its thigh on a nail and it unravelled as she continued walking, mistaking its little huffs for the beginnings of hunger, not the cries of an infant being undone. By the time she noticed, it was too late, the leg a tangle of fibre, and she pulled the string the rest of the way to end it, rather than have the infant grow up maimed. If she was to mother a child, to mute and subdue and fold away parts of herself, the child had to be perfect.”
Read the full review here.