These Maps Show the Most and Least Paid Jobs in Every U.S. State 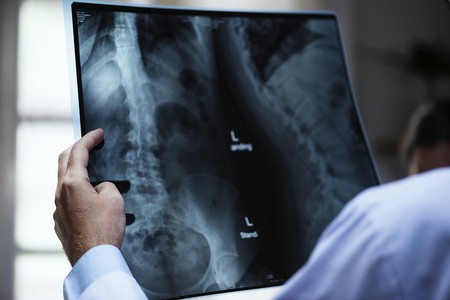 In America, residents are united by a shared favorite holiday: payday. As the career guide Zippia revealed in a series of maps compiled using the Bureau of Labor Statistics’ website, this occasion is happier for some professions than others. Based off stats from 2015, here are the most and least paid jobs in every U.S. state.

Overall, Zippia’s findings were unsurprising, with jobs within the medical field dominating much of the map as top-paid positions. Anesthesiologists and surgeons lead the pack in terms of both pay and prolificacy, while OB/GYNS, dentists, orthodontists, and internists occupy the remaining top spots. So, while medical professions require a big commitment, their even bigger salaries may make your work worthwhile. 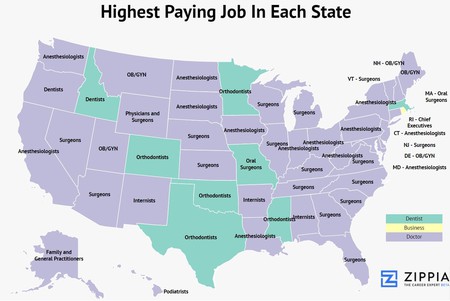 On the opposite end of the spectrum (and again coming as no surprise) were the least paid jobs, all of which belong to the service industry. While front-of-the-house jobs like bartending and serving have the benefit of bringing in tips, positions such as line-cooks and busboys do not, placing these among the lowest paying jobs by state. In much of the South, these back-of-the-house jobs are the lowest paying overall. However, as the maps reveal, not all front-of-the-house paychecks are created equal. Among service industry titles like usher and gaming dealer was the lowest paying job found by Zippia: a Wisconsin-based shampooer position paying a salary of just $16,960. 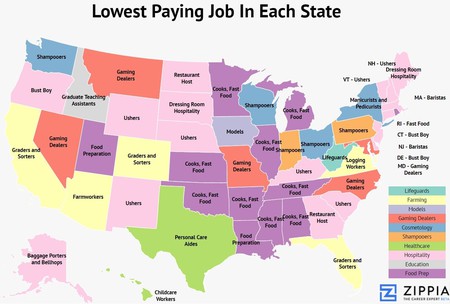 The results did manage to illuminate some unexpected facts. For starters, many would be surprised to learn that highly educated Graduate Teaching Assistants are in fact the lowest overall earners in Idaho. Contrary to this, the most paid professionals in the entire country are anesthesiologists in—wait for it—North Dakota. The top salary of $283,200 a year is even more mind-blowing considering the low cost of living in North Dakota relative to the rest of the United States. If you’re anything like us, then the final unexpected lesson learned from Zippia’s maps is that hitting the books now (for a huge payoff later) just became your top priority.