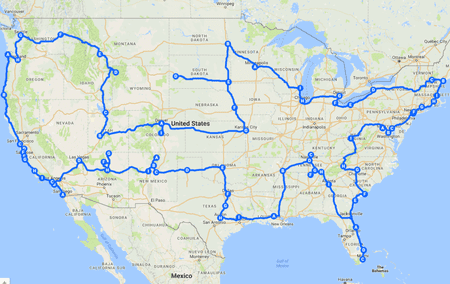 Friends Lilly Quinn and Sarah Little made headlines after travelling across America without spending a single dollar. Not one. The duo, from England spent five months travelling thousands of miles across 48 states using the power of social networks, the kindness of strangers and some useful money-saving tips to make their Pan-American adventure a reality.

After hitchhiking from London to Edinburgh for the same cost as two pints of beer, the pair who ‘share a common love of pointless adventures’ sought an even greater challenge. Inspired by Jack Kerouac’s classic On the Road, they decided to travel the states on an extreme budget, sharing their stories via their blog Pretenniless, a portmanteau of pretend and penniless. 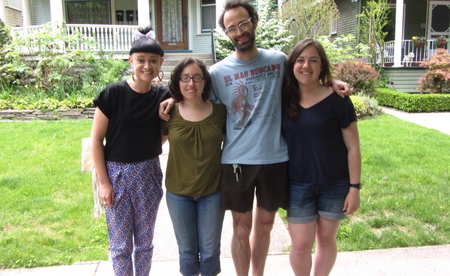 While money was a motivating factor, seasoned travellers Lilly and Sarah believe in doing things the hard way. ‘Hitchhiking, couch surfing and volunteering for food throws you into situations where you really get to know people,’ they explain. By the end of their journey, the pair had hitched a total of 116 rides, couch surfed with 29 hosts and had over 75 meals cooked or bought for them.

‘One of the best experiences was being picked up on the side of the road in South Dakota – before we had even started hitchhiking – by a woman called Angie who then agreed to take us over to Mount Rushmore,’ Sarah tells us. ‘She was incredible. She took us to Mount Rushmore, then asked us to stay the night at her beautiful ranch in the foothills of the Black Hills of South Dakota that she hand built with her late husband.’ 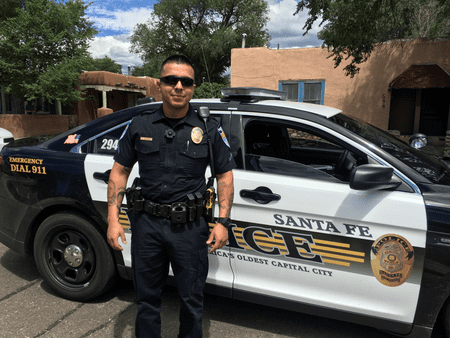 Not only that but when the friends told Angie that they hoped to visit Badlands – a National Park that defied a president – she gave them her car with a full tank of petrol for the day. While the decision to depend on strangers was risky, it also lead to some of the most rewarding experiences. That’s not say, however, that doing things the hard way doesn’t come without its risks.

‘There were a couple of times with truckers where we didn’t feel totally comfortable but we got ourselves out of those situations fast. There was another time in California where we didn’t eat a meal for like three days, which wasn’t great! We had a sweaty lump of cheese and some trail mix so we made that last.’

Between Trump rallies, squatting, Comic Con, Vegas party buses, baseball games and acro-yoga classes, the decision not to spend any money didn’t hold the friends back from making the most of their time in America. ‘There were a lot of places that stood out, and usually because they weren’t what we expected – for better or worse,’ says Sarah. ‘But that was a big point of our trip – meeting people and forming our own opinions of a place, rather than listening to what everyone else says about it.’

According to the duo, the internet is the greatest tool in the armoury of a budget traveller. For accommodation, Lilly and Sarah used couchsurfing.com to find places to crash, but also found an ‘incredible community’ of like-minded people. ‘Craigslist was also a great resource,’ says Sarah. ‘You can go to the ‘free’ section or volunteer to do a few hours work in exchange for a square meal.’ 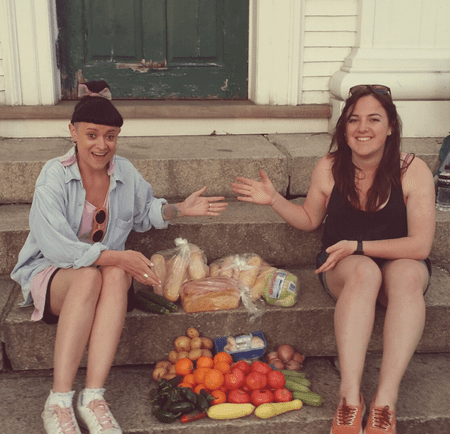 A quick Google of ‘what to do for free in…’ will return all sorts of results. ‘We saw Shakespeare plays, bands, markets, drum circles…all sorts for free!’ There really wasn’t much forward planning. ‘We had been thinking about the trip for two years, but the actual planning was squished into a couple of weeks and that was only essential stuff like visas. The rest we just winged.’

If the duo decides to embark on another adventure, they say it will be even more ambitious than before in a country where English isn’t the national language. ‘There’s no plan, but we’ve said if we did it again we’d do Japan – north to south.’ Does anyone know how to say ‘can I get a ride?’ in Japanese?