These Are the New Feminist Writers Owning the Digital Age

In honor of International Women’s Day, we spotlight seven authors at the forefront of digital-age feminist writing. Finding liberation on the internet, these writers have come to own its language and the opportunities it provides for experimental and important literature. They are using internet slang to inform innovative writing styles, riffing on themes of communication and identity, all the while building relationships with other women online—be they writers, friends, lovers or sexual partners. In doing so they have created new spaces for feminism, both online and IRL. 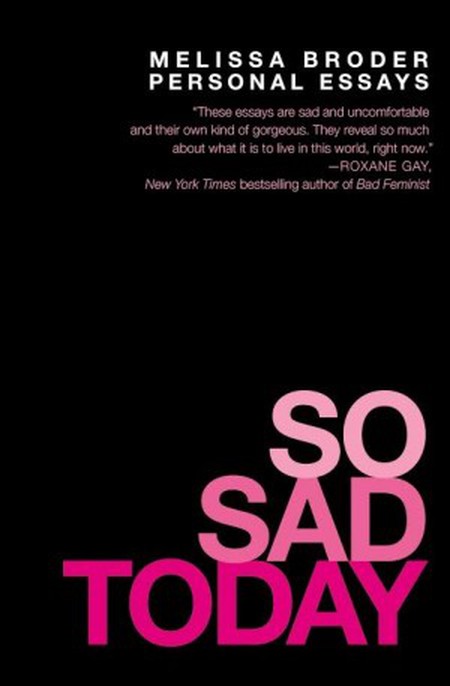 Melissa Broder is the writer behind cult Twitter handle @sosadtoday, which has amassed over 450K followers, and can be seen as a kind of depressed and anxious collective identity (despite it being common knowledge that Broder is behind the persona). In contrast, her first essay collection, given the same name, reveals deeply personal issues—everything from its author’s vomit fetish to her open marriage and sexting is discussed without pretension or illusion.

Broder has a skill for writing in a way that makes people feel heard and understood, whether it’s as @sosadtoday, in her poetry collections, or in these essays. Fusing this ability with unflinchingly honest accounts of her behaviour, makes for a kind of confessional writing which is very feminist in nature. In one essay titled, “I want to be a whole person and really thin”, Broder questions whether you can be a good feminist if you hate your body, concluding that opening an honest dialogue with the reader on this experience makes it possible. She achieves just that, before having a Google Hangout with her higher self, formatted like a G-Chat conversation. Gold. 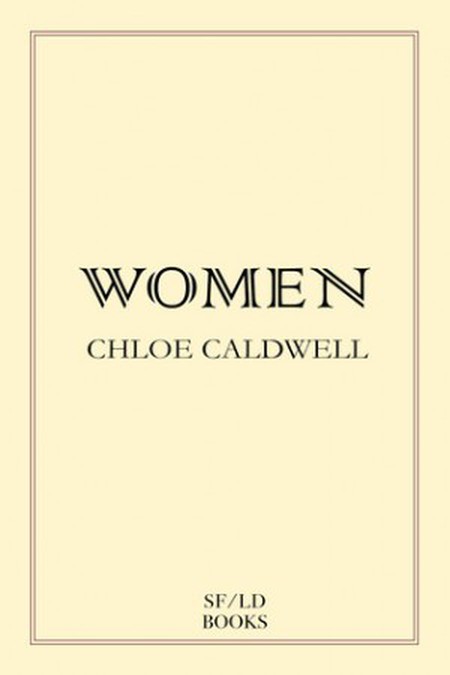 Women is a novella about women and relationships, about lovers and sisters and mothers and female friendship. Most pertinently, it is a coming-of-age story whose unnamed narrator has an affair with a woman 19 years older than her, detailing all the heartbreak and sexual identity crises that ensue when that affair ends. To call her chatty may sound like criticism, but Caldwell writes with such candor it’s next to impossible not to devour the novella in one sitting. In other words, Women is as gripping as finding your best friend’s diary and reading it enraptured cover to cover.

Email plays a key role in the narrator’s blossoming relationship with ‘Finn’—the woman who she will have her first lesbian sexual encounter with. It is email that instigates, maintains and ultimately signals the end of the affair, providing a kind of internet intimacy—two writers using words on a screen, perhaps a nod to the empowering nature of the internet. As the affair complicates and dwindles, the narrator takes to online dating platform OK Cupid and goes on a slew of female dates, which feature everything from cocaine and beer-fuelled garden hang-outs to Brokeback Mountain-themed bars. The work is an interesting portrayal of how women behave with other women, and how the internet has brought about possibilities to inform, enable and enrich this.

Mira Gonzalez, i will never be beautiful enough to make us beautiful together (2013) 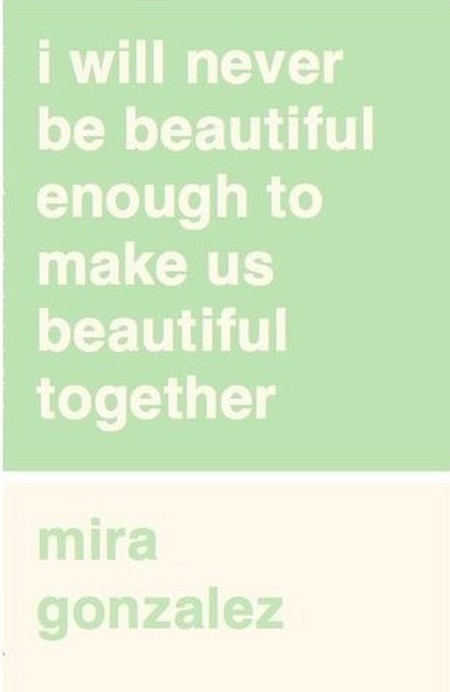 Gonzalez has a knack for crafting sentences which at first seem random in their arrangements, yet ultimately draw together observations that lead the reader to hone in on their own experiences. From hyperbolic metaphors like “I feel like 400 dead jellyfish in the middle of the freeway” to questioning observations, “I wonder if anyone feels more lonely now than they felt an hour ago / when they were alone in their rooms looking at things on the internet”, Gonzalez speaks to our time. A time where we, despite living lives so heavily intertwined with the internet, are still looking for, and trying to process, “real” human experiences. And she does it really well.

Alexandra Kleeman, You Too Can Have A Body Like Mine (2015) 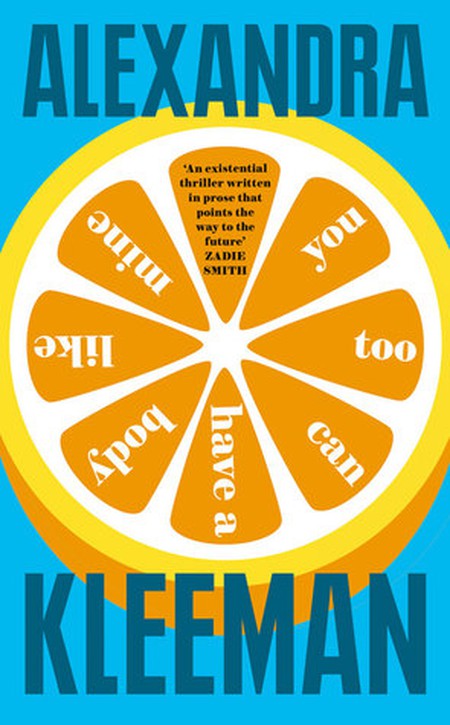 Alexandra Kleeman’s novel is the story of a woman, referred to simply as A, whose best friend B is doing her best to blur the boundaries between their identities—copying her haircut and endlessly repeating that they’re the same person—and whose boyfriend C winds up breaking up with her. Needless to say, A’s life begins to unravel in quite an alarming fashion.

Kleeman’s attention to descriptive detail and voracious exploration of human, most notably female, appetites is visceral in quality, destabilising your notions of what is the norm and what isn’t. Food, beauty and relationships are looked at from intriguing, new points of view, themes echoed and underlined in incessant TV commercials for edible beauty products and highly processed snack foods, game shows where you risk getting a restraining order against your partner, and creepy, looping shark videos and porn. Then there’s the family opposite A and B’s apartment, who leave their house one afternoon with sheets over their bodies and ghostly cut-out eyes… Kleeman’s cool, calculated and firm grasp on language makes even the most bizarre plot turn add to the unnerving quality of the novel, breeding disturbance in the reader, urging them to pay more attention to their bodies and the worlds they inhabit. 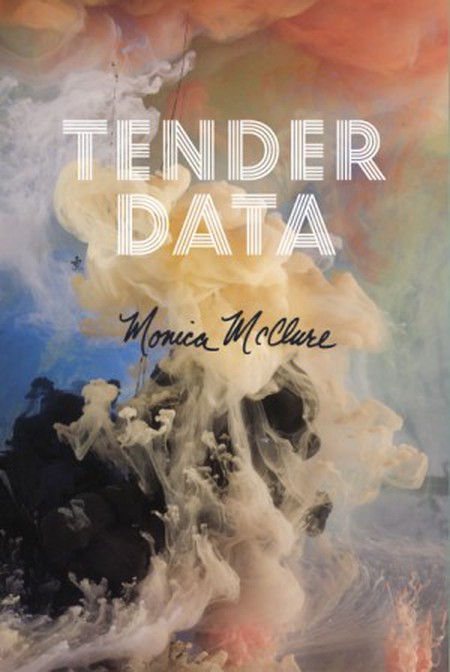 Morgan Parker, There Are More Beautiful Things Than Beyoncé (2017) 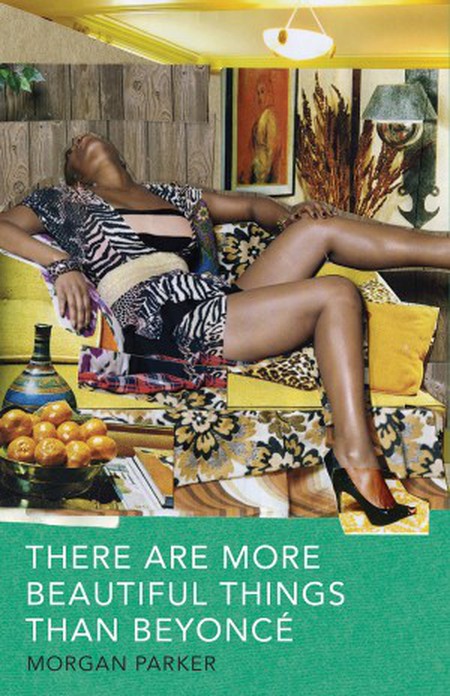 With fierceness and razor-sharp wit, Morgan Parker’s poetry collection explores what it means to be a black woman in contemporary American culture. Her poems are about feminism, blackness, sex, desire and self-worth, explored through the framework of pop-culture and Black American history. They are triumphant and powerful, angry and doubtful. Parker fuses wider socio-political issues with the personal—in the poem “99 Problems” (a reference to Jay-Z’s hit track) she refers to everything from the stress of taxes and Prozac to racial oppression, safety as a black woman and not wanting to wake up. In doing so Parker gives weight to the multifaceted experiences of the young black American woman—who not only must battle male and white supremacy, but also the minutiae of daily life.

In the collection’s opening poem, “ALL THEY WANT IS MY MONEY MY PUSSY MY BLOOD”, Parker writes, “I do whatever I want because I/ could die any minute. / I don’t mean YOLO I mean they / are hunting me”. There’s an urgency in her words that runs throughout the collection, a self-assured need to be heard. She speaks of black women “Who carry knives in their purses down / the street / Maybe they will not get out alive / maybe they will turn into air or news or brown paper petals”. The sense of fear is palpable and her words cut deep into the mind of the reader, but Parker never resigns, “one day your shit will be unbelievably together” she writes in “Please Wait (Or, There Are More Beautiful Things Than Beyoncé”, continuing “Combing your records you’ll see the / past and think OK / Once I was a different kind of person”. As the reader, you can’t help but be ripped with attention, well up with self-confidence and believe her. 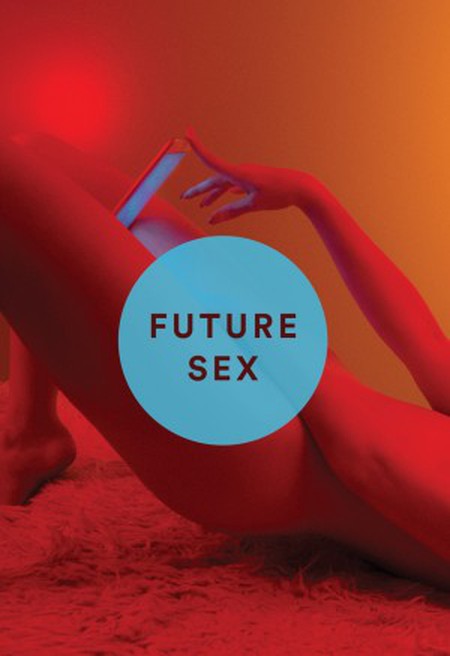 Emily Witt opens her book—an ode to exploring sexual liberation in the internet age—with a declaration that she had always felt like her life was heading towards a point of monogamy, a kind of passing of time until she found the partner she loved and would have amazing sex with for the rest of her life. Finding herself heartbroken and single, Witt decides to look back to the free-love movement of the sixties and seventies, albeit with one twist: the internet. Shining new light on the free-love movement, Witt explores online dating, a BDSM video shoot, webcam sex, orgasmic meditation, etc… If you can search it on the internet and it’s got anything to do with sex, she’s explored it. It’s a story of sexual liberation in the hands of the internet age, explored through every means imaginable, if just not with conclusion you might anticipate.