These Are the 5 Best American Cities for Singles 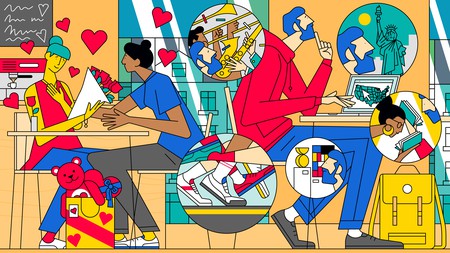 There are more unmarried Americans than ever before, and these are the five best US cities for singles looking to take full advantage of their independence.

If you’re single this Valentine’s Day, you’re far from alone. In fact, there are more singles in the United States than ever before.

The very institution of long-term partnership is rapidly changing in the US, too, as more people are putting off marriage until they’re older or opting out of it entirely. The median age for marriage in 2017 for men was 29.5 and 27.4 for women; it was 23 and 20.8, respectively, in 1970. Plus, more than half of Americans believe getting married isn’t an important milestone for a happy adulthood.

Even though single people are a more powerful force than ever, not all cities are made for singles to thrive in equally. So, if you’re a solo traveler looking for adventures with like-minded people, or someone looking to move to a city where you can make the most of your independence, where should you go? 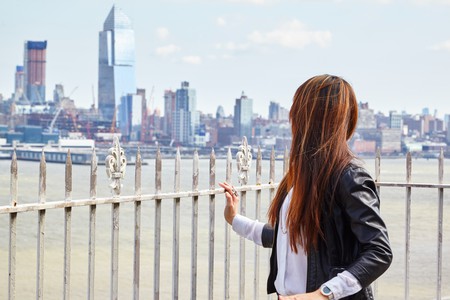 To find out, we asked Culture Trip’s community of creators to tell us the best American cities for single citizens to live, work, play and build community in outside of a relationship – not just for them to hook up in. Respondents selected the five best cities out of 50 choices, and then we looked at which had the highest percentage of people searching for “singles” and “solo travel.” This killer combination gave us a list of cities perfect for inspired autonomy. Use this guide to pick your next city, whether you’re packing your bags for a weekend trip or with a one-way ticket in your pocket.

Countless kids around the world grow up with one goal in mind: to make it here so they can make it anywhere. And thousands of people do just that every year; the population of the Big Apple increased by approximately 450,000 between 2010 and 2017. There’s a reason why people call New York the City That Never Sleeps: the nightlife is legendary. You can order just about anything to be delivered to your door 24/7, and there’s no shortage of single people ready to mingle around every corner. But, as a city of transients (62.8 million people visited in 2017 alone), there are also thousands of people looking to belong and find their place within the madness. There’s no shortage of amazing things to do and museums to visit if you’re alone, and no one bats an eye at a solo diner.

One perfect thing to do alone in New York: Walk the length of the Brooklyn Bridge at dawn and experience the city at its most calm. 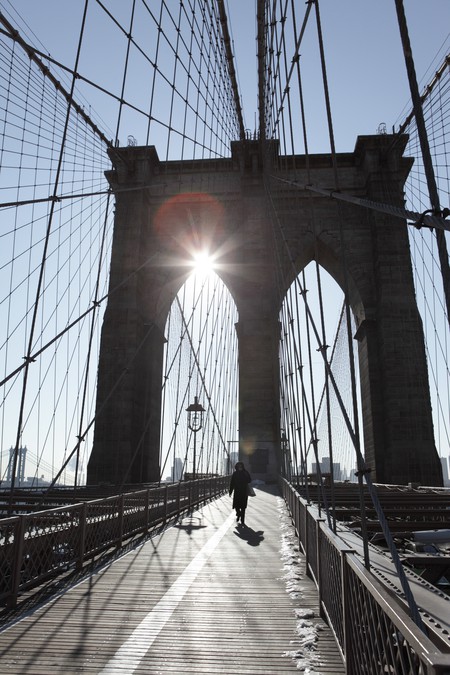 Woman walking across the Brooklyn Bridge on an icy winter morning as the sun rises to the east. | © Andrew Cribb / Alamy Stock Photo

The thought of Los Angeles conjures up happy images of blue skies, beaches, palm trees and athleisure – and it’s all reality. LA has a buoyant mix of inviting outdoor activities, diverse neighborhoods and a vibrant art scene that beckon exploration. Plus, Downtown Los Angeles has been revitalized with new apartment buildings, restaurants and breweries over the last decade, bringing young people to the area in droves. Whether you’re spending a day at Disneyland, hitting the waves in Santa Monica or taking in the art and the views at the Getty, good days are easy to come by in this sprawling city. Just know that only tourists (LA gets more than 48 million visitors a year) spend time on Hollywood Boulevard.

One perfect thing to do alone in Los Angeles: Wander the many shops of Olvera Street, stopping along the way for tacos and Mexican candies. 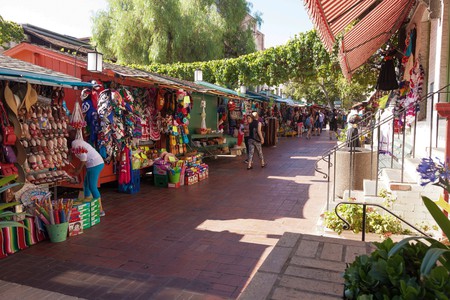 New Orleans is a city brimming with life that loves to celebrate the dead. Above-ground cemeteries, Voodoo shops and apartments advertising their “haunted” and “not haunted” status dwell alongside incredible live music, bars packed with bead-wearing patrons and soul food at every turn. Though almost 400,000 people live here, the city maintains a small-town, community feel, full of Southern charm and neighborly vibes. Nearly 18 million people visit New Orleans each year, and most of them are looking for a good time. Here, you’re bound to find joy, whether you’re combing through the crowds at Mardi Gras, trying the famous beignets from Café du Monde or exploring the city’s wealth of history.

One perfect thing to do alone in New Orleans: Experience heaven on earth with your first bite of a muffuletta sandwich at Central Grocery & Deli in the French Quarter. 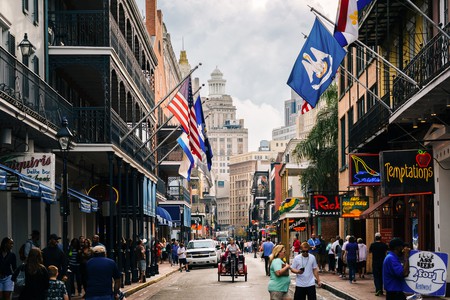 For a breath of fresh air, literally and figuratively, head to Denver. This city of 700,000 is nestled below picturesque mountains that you can be skiing down in under an hour’s drive from downtown. But you don’t have to leave the city to enjoy the best of Denver: museums and gardens, hundreds of miles of hiking trails, a busy brewery scene and incredible views of the city from the rooftop of Coors Field. The legendary live-music venue Red Rocks Park and Amphitheatre and the idyllic Rocky Mountains help to attract 31.7 million visitors each year, but high quality of life – Denver is a progressive western town that’s bicycle-, weed-, and family-friendly – keeps the views here rosy, no matter the season.

One perfect thing to do alone in Denver: Spend a day admiring the Denver Art Museum, both the artworks by Oldenburg, O’Keeffe and many more and the building’s sharp architecture by designer Daniel Libeskind. 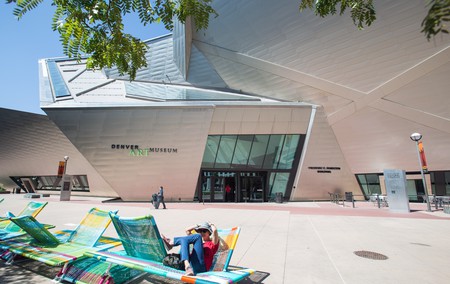 In Portland, you’ll find a city that seems to have sprouted, like a lush bloom, from the forest floor, making its home between tree trunks and branches. Independent bookstores, funky food carts, odd museums and plenty of groups pursuing niche interests help “Keep Portland Weird,” as a popular city saying goes. Here, there are waterfalls to hike to, dozens of craft brews to sip, blossoms to sniff at the International Rose Test Garden and plenty of local, fresh produce to sample. Waking up to foggy views of the Columbia River, which runs through the city, and the green hills beyond makes living here a bit of a Shire-esque dream.

One perfect thing to do alone in Portland: Take a few unrushed hours and peruse the many shelves of the famous Powell’s Books, and check its events calendar to see if one of your favorite authors is scheduled to speak. 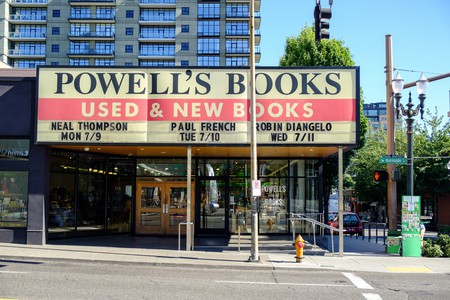